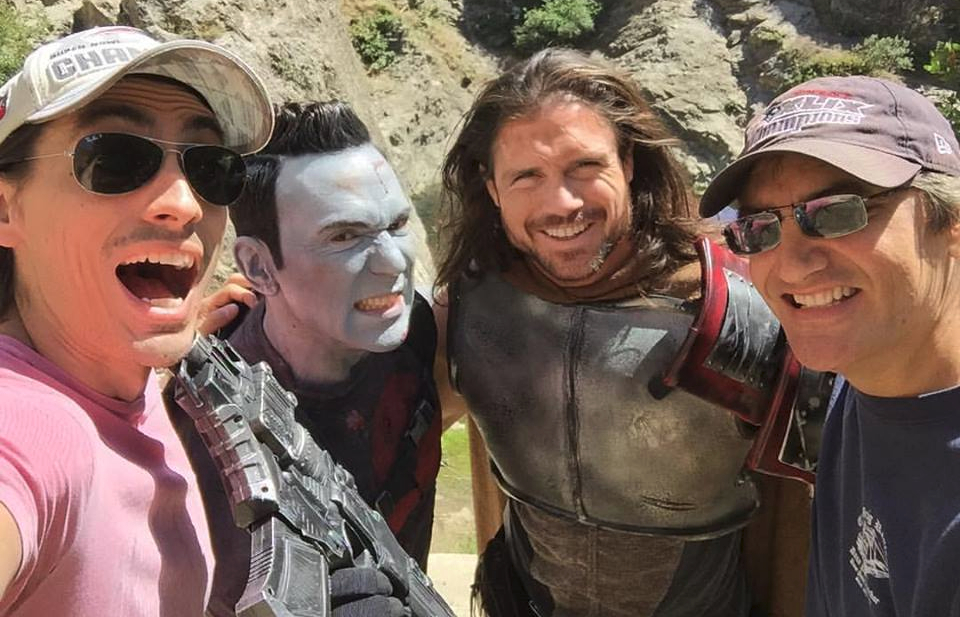 In a recent interview with RealSport, professional wrestler John Morrison (also known as John Hennigan, Johnny Impact, Johnny Mundo and others) was asked what it was like working with Power Rangers legend, Jason David Frank on the the upcoming Ninjak vs. Valiant Universe and the pro wrestling sensation did not hold back.

Ninjak vs. Valiant Universe is the story of Ninjak, a mighty warrior thrust into a gauntlet of Valiant’s most formidable heroes for a bloodstained battle royale torn from the pages of the largest independent superhero universe in comics. Those that have continued to follow the work of JDF since Power Rangers will know about Frank’s work with Valiant Comics, portraying their character, Bloodshot. Frank’s Bloodshot character is due to face off with Morrison’s Eternal Warrior in Valiant’s live-action webseries, due for release later this year.

When asked, Morrison stated that he was “really excited for Ninjak vs. The Valiant Universe” and expected a trailer release for the series soon. Having been asked for his opinion on the legendary Power Rangers actor, Morrison spoke very kindly of Jason David Frank, gushing that he was “super talented” and that the pair had become “become legitimate bros” since filming together.

Later in the interview, Morrison was also asked about JDF’s professional wrestling aspirations. He replied that Frank was “a fan of pro wrestling, he loves the business and he’d like to be a part of it.” Morrison went on to say that they were planning a Tag Team Match for JDF’s wrestling debut, either for Booker T’s Reality of Wrestling promotion or for Global Force Wrestling, John Morrison’s current employer. To conclude, Morrison put to bed the idea that JDF had WWE Championship aspirations, noting that he didn’t think he “wants to be a full time pro wrestler by any means” but that as a life-long entertaininer, JDF would find it “fun to do a match.”

You can listen to John Morrison’s complete comments about Jason David Frank here:

Are you excited for Jason David Frank as Bloodshot in Ninjak vs. The Valiant Universe? What do you think of Morrison’s comments? Let us know in the comment section below.