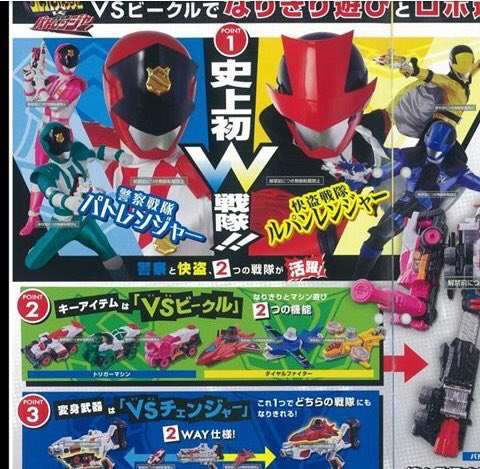 Recently, the first toys for Lupinranger and Patoranger were revealed. In this update, we have a description for each of the toys that will be available in the first quarter.

Update Dec 8th: We can now reveal the first catalogue image from Patoranger/Lupinranger.

For those who only like to collect the gimmicks, the Vs Vehicles will also be able to be purchased separately. The Vehicles for LupinBlue, LupinYellow, PatranNigo and PatranSango will be available for purchase too. Each of the Vehicles will be able to switch modes. And, of course, there will be figures for all 6 of the Rangers.

What do you think of these new toys? Let us know in the comments!