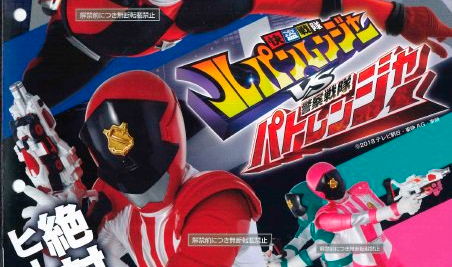 This weekend has seen the release of a ton of new information about the 42nd entry in the Super Sentai series: Kaito Sentai Lupinranger vs. Keisatsu Sentai Patoranger.

As we already reported this weekend, next year will have two Sentai teams – the Lupinrangers and the Patorangers. Each team has three members each with a Red at the lead.

Here is the plot of the new Sentai:

The Ganglers, the new villains, want to steal the Lupin Collection, treasures that can destroy the world. This time, two new Sentais will arrive to stop them.

Both teams use the VS changer to transform but use different modes of it.

The new Sentai will premiere on February 11th following the conclusion of Kyuranger. Stay tuned to Toku Toy Store for more information and check out the toys at TokuToyStore.com when they release.

What do you think about the new Sentai? Which team is your favorite? Leave a comment down below!