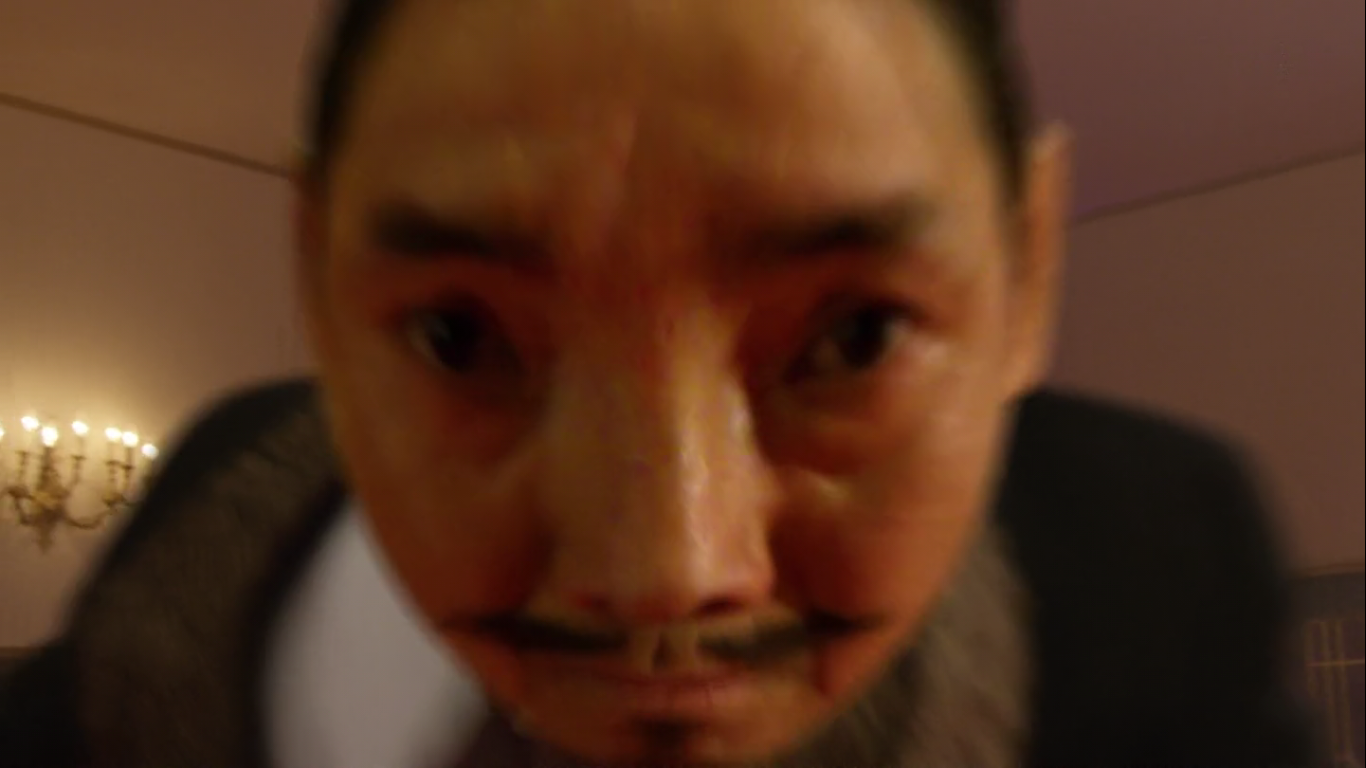 It’s that time of year again and it’s time to meet our new Sentai team, or teams I should say: Kaito Sentai Lupinranger VS Keisatsu Sentai Patoranger.

For this Sentai series, which is the 42nd series, Toei has decided to give us two new teams for the year ahead and the theme is pretty interesting as it is essentially cops vs robbers.

We begin in a casino and seeing a man lose all his money on roulette in a casino and he’s about to get taken away when we see three strangers break in through the window. After they get up, they reveal themselves to be the thieves that everyone has been talking about then the one dressed in red throws a card at the manager, revealing him to be a Gangler, part of a multi-dimensional crime syndicate.

The lady dressed in yellow then points out the safe in the Gangler’s belly which he reveals can only be opened by Ganglers before ordering his goons, Pondermen, to attack the three strangers. The trio respond by pulling out their mysterious-looking guns and fighting back against the Pondermen and the Gangler when the one in red presses a plane against the Gangler’s safe, opening it and removing a weird looking die from within, much to the Gangler’s surprise.

The die in question is then revealed, by the one in red, to be a piece of something called the Lupin Collection. After the lady in yellow says they are taking it back, the Gangler attacks, causing an explosion.

We then cut seeing a police car speeding out of its garage to an unknown location with three police officers inside. A lady in a pink jacket and two men, one in green and one in red.

After that, we go back to the Casino and find out that the mysterious trio have changed into their Sentai forms, Kaito Sentai Lupinranger. They then resume the fight against the Pondermen and the Gangler, swiftly defeating them and launching the Gangler across the room when the three officers from earlier burst in and try to arrest everyone, including the Lupinrangers, but they defeat the Gangler and escape while the officer in the red jacket curses them.

After the title screen, we are taken to a park where people are talking about the Lupinrangers when we meet Lupin Red, Yano Kairi, the thief in the red suit, and Patoren Ichigou, Asaka Keiichiro, who was the officer in the red jacket. They swap a small amount of dialogue then part ways when we meet Kogure, who is a butler helping the Lupinrangers collect the missing Lupin Collection from the Ganglers by supplying Kairi with information on targets.

We then go to a restaurant called Bistrot Jurer, which looks pretty busy, when we meet Lupin Yellow, Hayami Umika, the lady in the yellow dress who also works as a waitress at the restaurant. We also meet Lupin Blue, Yoimachi Touma, the male in the blue suit who is also a cook.

Keiichiro walks in and Jim Carter explains that the Lupinrangers have been chasing down the missing pieces of the Lupin Collection for a while now.

We then return to Kairi and Kogure in a limo, where Kogure places the die from earlier into a book. When Kairi asks him about the Lupin Collection and Kogure warns him against asking too many questions before saying he’s grateful to Kairi and the Lupinrangers for their help.

After Kogure and Kairi finish talking, we arrive at a sinister looking mansion which is revealed to be the Gangler’s headquarters. We meet their boss, Dogranio Yabun, who’s 999th birthday is currently being celebrated. We also meet Goshu Ru Medu, who congratulates Yabun on his birthday, as well as Destora Mazzio, Yabun’s bodyguard. Yabun then reveals that he will make the Gangler that takes over the human world the new boss.

We then return to Kairi and Kogure, who hands Kairi an envelope containing their next target then drops him off at the restaurant from earlier. Kairi walks into the restaurant and declares that everyone needs to leave because of a group reservation which turns out to be their other job as Lupinrangers. We then see them suit up as Kairi explains the mission.

After that, we see them skillfully infiltrate the building where the Ganger is hiding. They eavesdrop on him but he knows they are there and destroys the vent. They then get into a fight with some Pondermen when we suddenly cut to the police station and Jim Carter suddenly shouting that he’s detected a Gangler attack.

As the Patorangers prepare to leave, Commissioner Hilltop arrives with some bulky cases, saying new equipment has arrived just in time to be tested.

We then go back to the Lupinrangers and their fight with the Pondermen when the Gangler catches Umika and Touma and tries to threaten Kairi. Kairi then blasts the roof which buries Umika, Touma and the Gangler. It’s then revealed that Umika and Touma had blasted through the floor before being crushed and we get to see the transformation sequence for the trio, becoming Kaito Sentai Lupinranger.

After that, we see the Lupinrangers take the fight outside when the Patorangers arrive and reveal that they now have VS Changers as well and transform into Keisatsu Sentai Patoranger which where the episode ends.

So what did you think of the new Sentai teams? Looking forward to seeing what happens in future episodes? Let us know in the comments below!