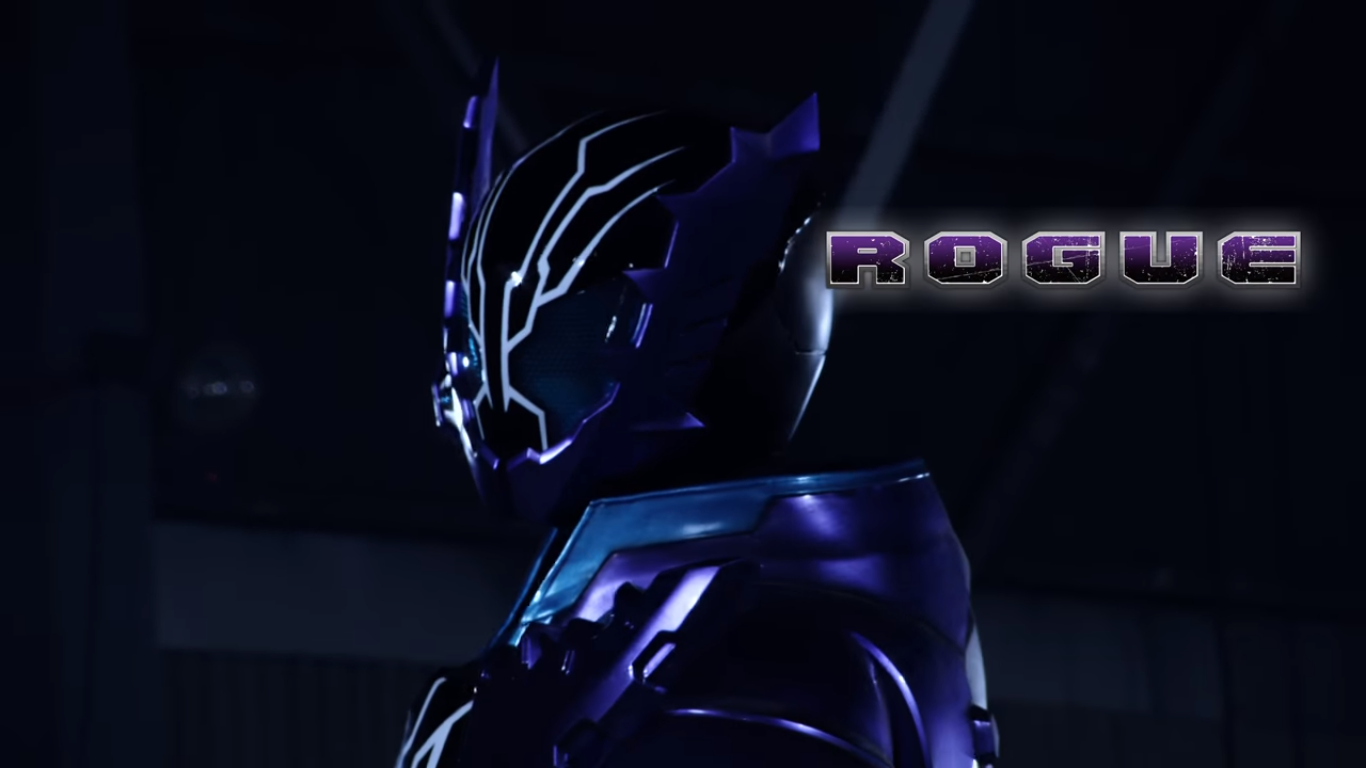 The trailer for the Kamen Rider Rogue special, Rogue, from Build Blu-Ray Collection 1 just dropped, and it looks impressive!

The special appears to run in three distinct parts, each a different phase in the life of Himuro Gentoku.

We begin with Night Rogue Rises, which shows the founding of Faust and and the transition of Himuro Gentoku into Night Rogue. In this episode, Katsuragi Takumi is shown well before his transformation into Kiryuu Sento, and the ranks of Faust are strong. Here, we see Katsuragi Takumi taking a much more active role in Faust than we’ve been shown previously.

Gentoku is shown holding a Transteam Gun, his original Henshin device, and looking healthy, confident, and proud. This is a far cry from when we see him next.

Dark Night Fall, by contrast, shows Gentoku in a cell with other prisoners, presumably shortly before his transformation into Kamen Rider Rogue. This is Gentoku at his lowest point, beaten, bloody, desperate. A mysterious new figure in a white jacket is shown, before the shot cuts to Blood Stalk and Utsumi. Are they working with this new character? We will have to wait to find out!

The final act, Kamen Rider Rogue, shows how Gentoku first becomes the Gentoku we know from episode 23 forward. Here we see his first meeting with the Kaiser System users, Engine Bros and Remocon Bros. Gentoku is shown here fighting for his life, shortly before transforming into Kamen Rider Rogue.