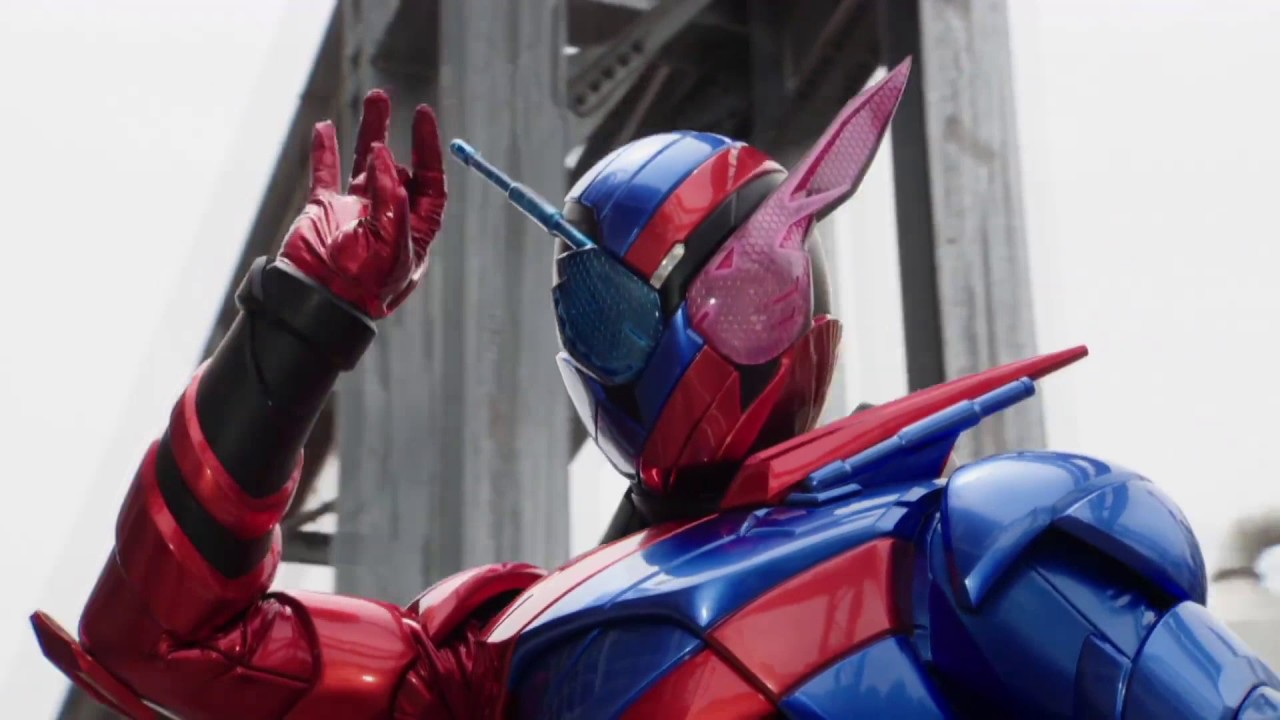 With what the series has done with developing the story despite being roughly only halfway through it’s running time, Kamen Rider Build is, in short, amazing.

Today, I’m going to discuss and point out some things I noticed in Kamen Rider Build, and my thoughts on the series so far. Warning: You should have watched up to and including episode 24 of Build before proceeding; spoilers lie ahead!

The Pandora Box, the Skywall and what we know about them so far

The Pandora Box was was found on Mars during a Japanese Space expedition there. During an unveiling of the Box, an incident happens which caused the Box to topple over, resulting in the rising of the Skywall. This incident split Japan into three factions: Touto, Seito and Hokuto. The concept of Pandora Box works well, having the story start from when the incident happened, and continually revolve, basically, around each of the three nations and their respective riders trying to obtain the Box for their own use. It serves as a kind of centrepiece for the story to revolve around. While on the topic of the Pandora Box, the golden bangle that somehow appeared on on Misora years ago needs to be brought up. This allowed her to purify Full Bottles. As seen in Episode 24, the only time shown so far, it also allowed Misora to manipulate the shape of the Skywalker and move Kamen Rider Rogue and the Hell Bros to the Seito-side of the wall, seemingly with only her mind. Hopefully this idea will be used as a future plot point, which just might happen. It was revealed through Sento’s experiments on Misora’s bangle and my by her telling us of the visions she had whenever she purified Full Bottles, that there was a previously a colony on Mars, which was destroyed by the massive amount of energy hidden in the Pandora Box. I think this idea will play a big part in the later happenings of the story, hopefully showing more of an insight to this particular backstory.

The three factions, the evil organisation Faust and Namba Industries

Namba seem to have a bigger and more sinister role role in the series after the Hell Bros were introduced. I think the idea of having three factions was an amazing choice and here’s why: With having the three factions, it allows there to be a lot of tension, which allows the story to flow and characters to be wary of others. Faust, the organisation behind the creation of Smash, led by Night Rogue, who is secretly Gentoku Himuro, carried the story after the idea of the Pandora Box died down, giving Build plenty of enemies to fight and allowing the story to keep going. Finally, Namba Industries… they were playing a rather minimal part of the story, until the unveiling of the Hell Bros, two men able to tranform into Kaisers using the Nebula Steam Gun and the Engine and Remote Control Gears. These two men were part of a programme by Namba which indoctrinated children and trained them in specific skills, such as espionage. Utsumi, was also part of this programme, labelled a ‘Namba Child’. The idea that this seemingly quiet industry could have such a sinister programme is a great addition to the story, with the added advantage of being able to introduce other ‘Namba Children’ whenever the story reaches a stalemate.

Sentai Kiryu, a.k.a. Kamen Rider Build, is actually Katsuragi Takumi, the ‘brains’ behind Faust. Sento lost this memory, not remembering his past but retaining Katsuragi’s smarts. Sento is a genius physicist, a fitting successor to last year’s Emu Hojo, the genius gamer. Next is Banjou Ryuga, more commonly known as Kamen Rider Cross-Z. Banjou is an escaped prisoner who was wrongly convicted of the murder of Katsuragi. He teams up with Sento and becomes the secondary rider for the series, which is quite fitting since Banjou’s ‘brawn’ balances Sento’s ‘brains’. Next is Gentoku, who is secretly Night Rogue. He later becomes Kamen Rider Rogue when he defects to Seito. He was present at the Pandora Box incident, which may have led to many of his actions. Gentoku is the fourth rider for the series, and Seito’s own rider. Since Hokuto has Grease, and Touto Build and Cross-Z, it reminds of the Gaim x Wizard: The Fateful Sengoku Movie Battle, where different Kamen Rider factions were at war with each other. Fourth is Kazumi Sawatari, Kamen Rider Grease, Hokuto’s Kamen Rider. Grease is the enemy of Touto from the start, but after being beaten by Sento in battle, he seemingly changes his mind and joins him. Blood Stark, a.k.a. Soichi Isurugi, is one of the back-and-fourth characters. First, he pretends to be on Sento’s side but, after all is revealed, he joins Hokuto in the hopes this will benefit him. When Sento wins in his match against Grease, Blood Stark side-steps yet again. He seems to be quite a mentally unstable character, egging Sento further on, even while being beaten by him. I feel that he has played his biggest part already, and it’s only a matter of time before he stops being so important. Next is Misora, Soichi’s ‘daughter’, close friend to Sento and Banjo, and the one who purifies Full Bottles. I think Misora is an excellent character. The concern she had for Sento when he when wild due to him using the Hazard Trigger during his match against Grease was just unbelievable, in my opinion. I think her biggest part to play in the series is yet to come, after seeing her manipulate the Skywall.

I think most of the suits that came from Builds ‘Best Matches’ are pretty decent, along with RabbitTank Sparking. My favourite suit of his is definitely the Hazard Form. The feeling of danger you get when you hear the sound of Sento going out of control, along with this all-black suit, is surreal. Cross-Z’s forms are amazing, despite only having two. The orange and blue mix for Cross-Z really worked, and the silver and transparent blue for Cross-Z Charge was a nice refresh from the series other, darker-coloured costumes. Night Rogue and Blood Stark’s suits were both pretty similar in feeling and looks. They definitely fit the bill when it came to villain suits. Grease’s suit was not as appealing to me as the others, but it was great nonetheless. It was cool seeing that his shoulder pads with the robot symbol on them had the function of shooting out Grease to power up his attacks. The Hell Bros suit fit together really well when they stand together side by side, and seemingly, by the Episode 26 preview, they also fuse together, which I think is awesome. Lastly, is Kamen Rider Rogue; this is probably my favourite suit so far, because it made me get the same feeling as when I saw Kamen Rider Genm for the first time. While he may not be as powerful as Rogue, you immediately get the feeling that he’s not good news.

I think Kamen Rider Build is doing an excellent job so far. The fact that Misora is ‘Miitan’, an internet idol, means that they’re keeping up with the current going trendss in Japanese Pop Culture.

tl;dr: Even though I have spoke a lot about Kamen Rider Build, it could all be shortened down to seven words: Kamen Rider Build is worth the watch. I’m definitely sticking to watching the series for the rest of it’s run, and I think you should too.

Are you watching Build? Share your thoughts in the comments!