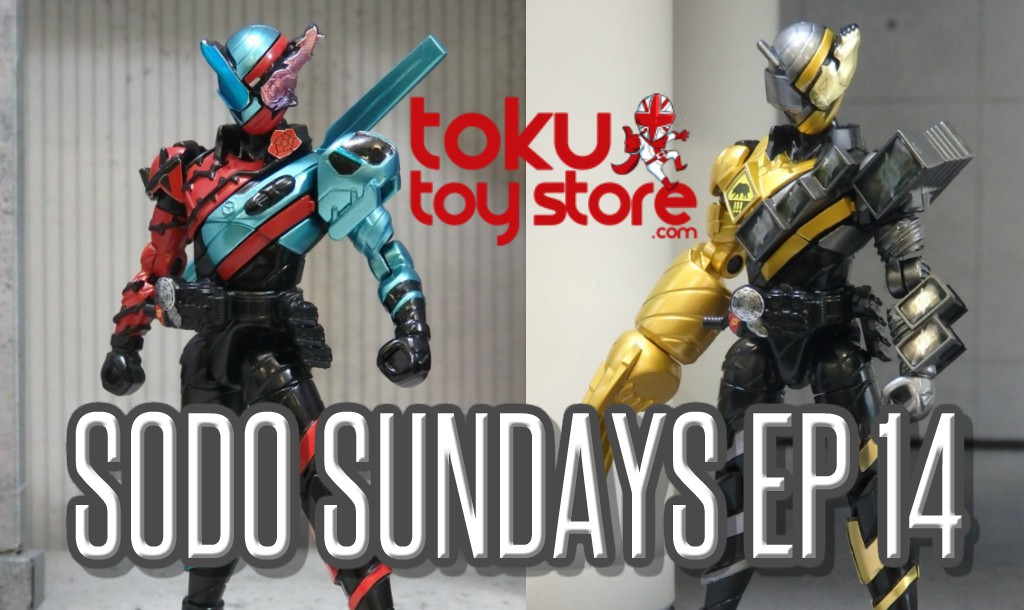 Hello, tokusatsu community! Joshua Perry here to talk about SODO figures on my fortnighly series, SODO Sundays. This time we have some news from the Kamen Rider Build along with special news for Kamen Rider Ex-Aid.

Last time on SODO Sundays the full lineup for Build’s Set 7 was revealed. Instead of moving on to the first figure of Set 8 it has been revealed what the first figure of Set 9 is, RoseCopter! RoseCopter comes with a special helicopter propeller piece that can go on his back, similar to the Taka Wings from HawkGatling. The propeller can also be held as a weapon and used to replicate flying away scenes.

Also included with this form is the Blue Hokuto Pandora Panel. The Green Touto one was previously released with OctopusLight back in Set 4. It’s unknown when and if the Red Seito Panel will be released with a figure.

Coming from the Build Hyper Battle DVD is the KumaTV form! This form will be similar to Ex-Aid’s Bike Gamer from last year as this SODO figure will be packed in with a future issue of TV-Kun in mid March.

Revealed a little while ago was the fact that the SODO line was going to do the Kamen Rider Genm God Maximum Gamer Lv Billion figure. Now we have release details for it. It will be part of the Kamen Rider Build SODO Set 8 with Kamen Rider Ex-Aid set in April. This figure is basically a repaint of the Ex-Aid Maximum Gamer that came out last year. This one comes with a Gashacon Keyslasher.

No release info for the Kamen Rider Lazer Lv X, but it will be coming.

As always you can watch SODO Sundays Episode 14 here:

That’s it for this edition of SODO Sundays! The next edition will release on March 25th on both Toku Toy Store News and YouTube channel. For constant updates on the SODO/SHODO line, go check out the @SODOFountain Twitter page.