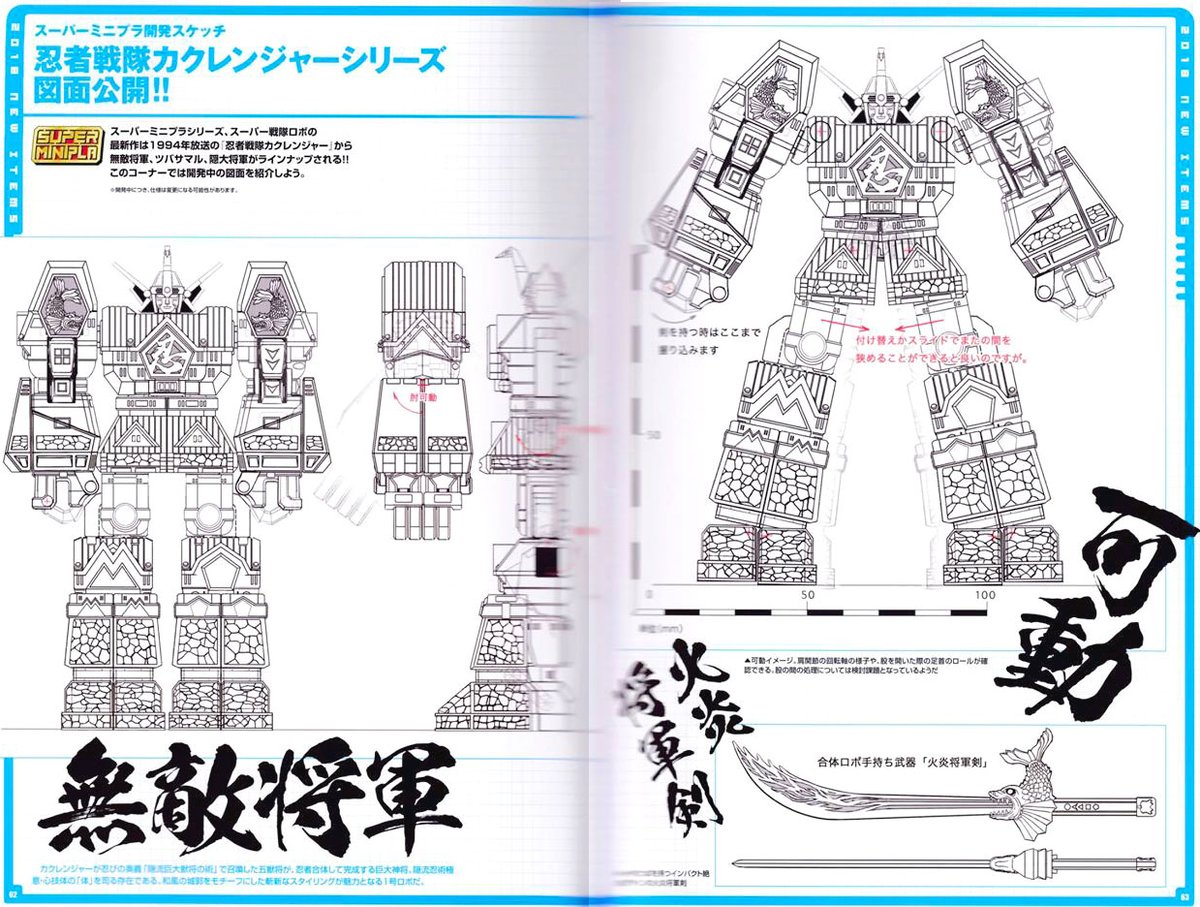 Recently, Twitter user Tendou discovered and posted first pics of the new prototype for the Muteki Shogun. This is good news for fans of Super Minipla kits as we now know what’s next in their projects list and a rough idea on how it will look.

We had previously reported about the Kakuranger Minipla when a new Super Minipla Encyclopedia was released showing images of current and upcoming Minipla kits. Among those shown in the book are some preliminary designs for some new projects. While not actually revealed yet, there is a set of three projects from Ninja Sentai Kakuranger.

Following on from the upcoming Liveman sets, it’s nice to see Kakuranger getting some attention. From the encyclopedia, we can see designs for Muteki Shogun, Kakure DaiShogun and Tsubasamaru.

They make quite an interesting combo of mecha to be released if they are the next project to be developed. With Zyuranger finished and Liveman soon to be released, Kakuranger would be a nice addition.

The encyclopedia also references several past Sentai as well as featuring some photos of some vintage candy toy and Gashapon mecha sets from Kousoku Sentai Turboranger, as well as others.

Which Sentai do you want to see get the Minipla treatment? Are you hoping Kakuranger is the next project? Let us know in the comments below!