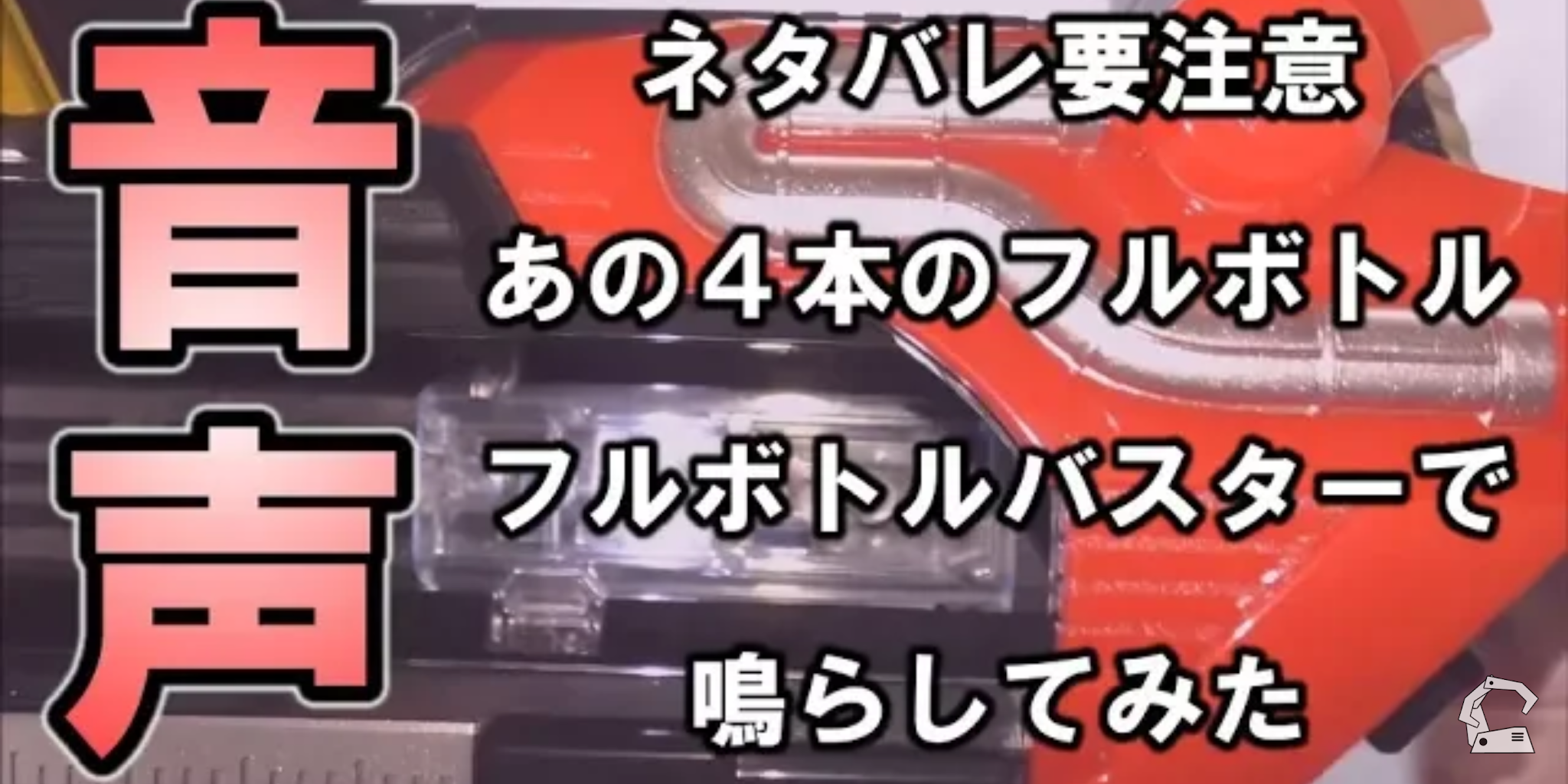 Bad news for fans of Build’s many forms today, as two upcoming Best Match Forms, F1Saurus and GoldScorpion, have seemingly been removed from the Full Bottle Buster. As the Full Bottle Buster is meant to be compatible with all Full Bottles and Best Matches, this seems to indicate that these two Best Matches and corresponding forms have been scrapped. The news comes courtesy of Japanese Youtuber CraneJoe, who posted a short video on the subject yesterday.

In the video, CraneJoe is shown demonstrating the bottle sounds in the Full Bottle Buster. He begins to use custom keys to mimic Bottles 13, 14, 47,and 48 on the Full Bottle Buster, and again in the Build Driver. This is a total of two Best Match sets and four Full Bottles that have been seemingly removed. This news may come as a disappointment to those who were excited for these new Best Matches and forms, but rest assured there is likely more coming! Build has never been the series to disappoint when it comes to multiple forms or gimmicks, and this trend is likely to continue! Be on the lookout for updates as they come!

What are your thoughts on this decision to remove these Best Matches? Let us know in the comments!