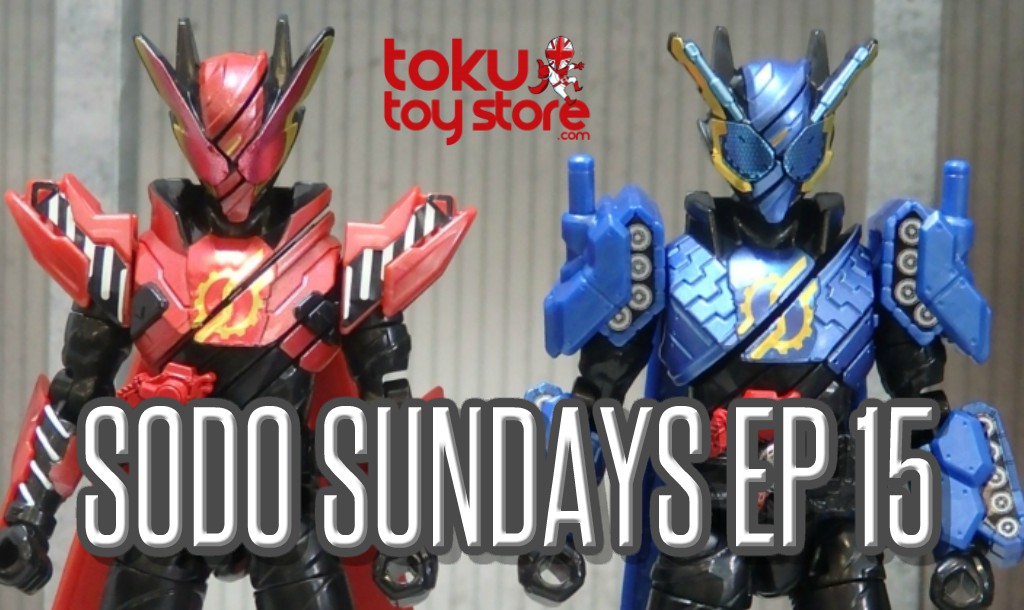 Hello, tokusatsu community! Joshua Perry here to talk about SODO figures on my fortnightly series, SODO Sundays. This time we have some news from the Kamen Rider Build along with special news for Kamen Rider Ex-Aid.

Last time on SODO Sundays, it was revealed that Build Set 8 would feature Ex-Aid figures along with Build. Today we have the full lineup for Build Set 8 which features Build’s newest forms RabbitRabbit and TankTank. These new forms both come with stands and a different version of the Full Bottle Buster weapon.

The second figure for Build Set 8 with Ex-Aid has been revealed as Lazer Level X. Being a repaint of his original Level 3 form. He comes with the Gashacon Sparrow and a stand.

The newest wave of SHODO figures has also been revealed. This set includes Takeshi Hongo, which is great for displays of him with Ichigo. Also revealed is Kuuga in both his Mighty and Amazing Mighty forms. Finally, Kiva is joining the SHODO wave as well.

As always you can watch SODO Sundays Episode 15 here:

That’s it for this edition of SODO Sundays! The next edition will release on April on both Toku Toy Store News and YouTube channel. For constant updates on the SODO/SHODO line, go check out the @SODOFountain Twitter page.