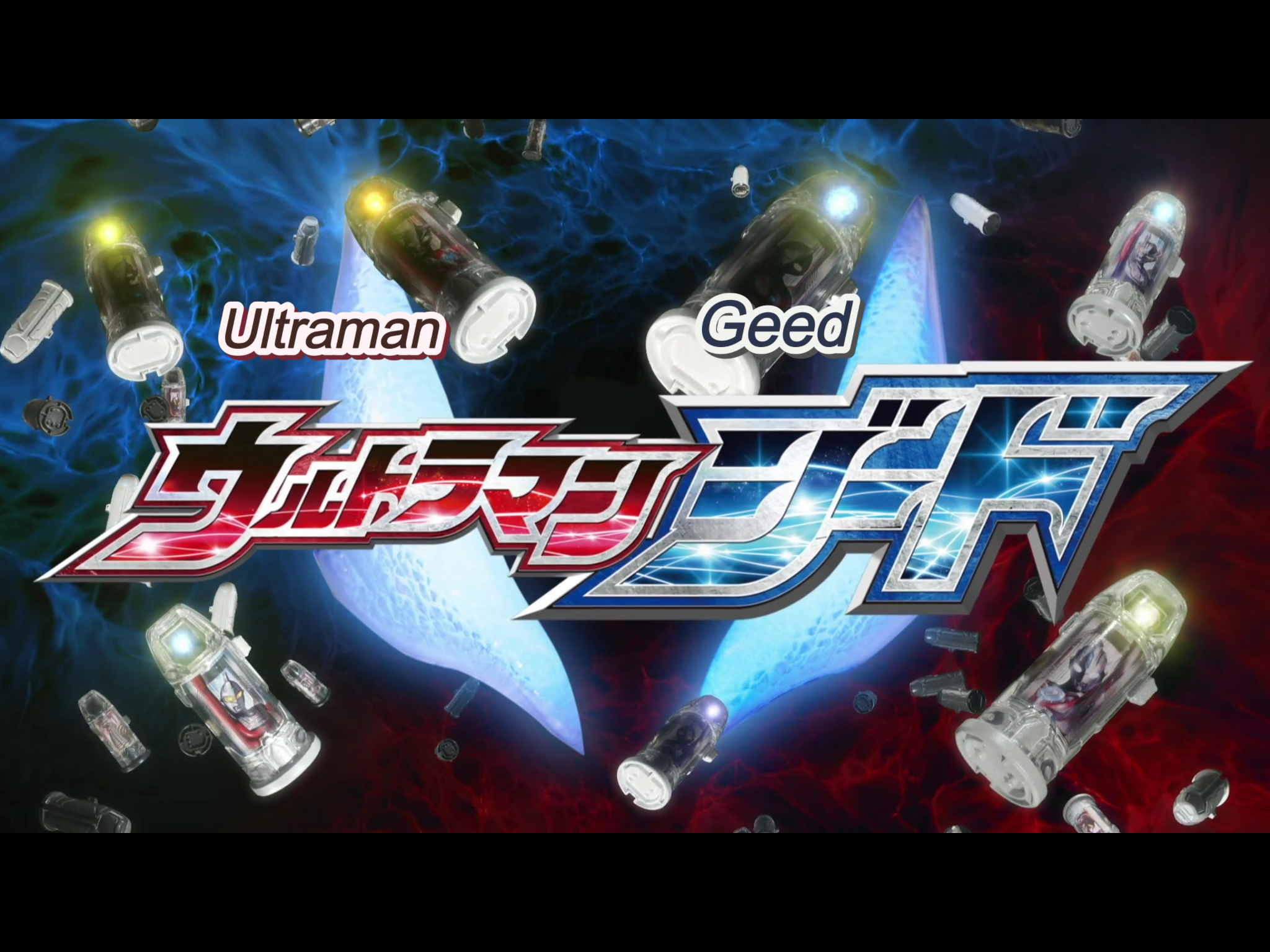 Ultraman Geed recently wrapped up its initial broadcast run, and as it was airing, I decided to finally take the deep dive into the crazy world that is Ultraman. This is the story of a veteran Toku fan’s attempt to branch out into the wider world.

Riku, as Geed, springs into action following his transformation

Beginning Ultraman Geed, it feels at once new and old. Geed is firmly set in its place in the Ultraman mythos as an anniversary show, akin to Kamen Rider Decade or Kaizoku Sentai Gokaiger. There is a sense, even as we are introduced to new characters and a new world, that all of it is connected to, and deeply rooted in, what came before it. Even the simple premise that Riku, our current protagonist, is the son of former antagonist, Ultraman Belial, gives off a feeling of being part of something much bigger than a new person entering the franchise is aware of. The show is charming, well written, and serves as an excellent gateway for those hoping to expand their Tokusatsu horizons beyond the safe shores of Super Sentai or Kamen Rider shows.

As early as the first scene of the first episode, we are given an expository wealth of information on the universe of Ultraman and its characters, including the Ultramen as a species and their place in the universe. Ultraman King, seen as a god-like figure, is fittingly never without a certain white glow about him. In stark contrast, Ultraman Belial is presented as a devil, always heavy with red and black, and menacing eyes. You could watch the scene without sound or subtitles, and immediately be given enough information to know who is your black hat and white hat in this series. When we begin the more down to Earth story with Riku, Raiha and friends, we see the group come together in interesting ways. The concept of the Little Stars, normal people with abilities granted by Starlight energy, is refreshing, and gives each week’s Kaiju or even Ultraman Belial himself, a dedicated target to focus on.

Aesthetically, the show does an excellent job of creating a sense of life in these characters. They are, largely, unique individuals with their own goals and motivations, and the juxtapositions that arise when those motivations are brought front and center is entertaining, to say the least. I especially enjoyed this after the introduction of Ultraman Zero, trapped in the body of ordinary Japanese salaryman and family man Reito.

His relationship with his family feels genuine, as does the process by which he accepts his destiny as the vessel for Ultraman Zero in human form. Reito is initially a coward, and has personality changes when Zero takes over that are very reminiscent of the relationship between Momotaros and Ryotaro in Kamen Rider Den-O. The two become more similar as the show progresses, with Zero occasionally referring to Reito’s child as his own.

While some characters and plot lines in this show can seem silly, it is clear in every scene that the team at Tsuburaya poured their hearts and souls into crafting a new entry in a beloved franchise, while making it accessible to new viewers. The set designs can change from lively public locations to dollhouse sets and rubber suits quickly, and while the transition can be jarring, it is also endearing. For every Kaiju battle scene where a zipper in a suit is visible, there is another of that heartfelt human element that makes hero shows so enjoyable. Something as simple as Riku playing video games with an old man is given weight, and made to humanise an otherwise alien man who is torn between two worlds.

The suits are well crafted, and full of detail, especially as Riku discovers his Geed form can take on the powers of Kaiju and other Ultramen. This is where, for the toy collectors, Ultra Capsule gimmicks come into the show’s central plot. Riku, as Geed, has a henshin device not at all dissimilar to what is seen in Super Sentai or Power Rangers, and the Ultra Capsules he uses draw power from previous Ultraman characters.

A pair of highly-detailed Kaiju in a battle scene

Riku in action as Ultraman Geed

Ultraman Belial is shown to be using an identical device, when his identity is revealed, lending credence to the morality question the show often poses. As Riku is the son of the Ultramen’s equivalent of Satan, the question often arises:

Do the sins of the father become the responsibility of the son?

It’s a heavy question the show does a good job of exploring, right up to the grand finale. When Geed and Belial face off, the different viewpoints on their relationship come to light, and the show presses forward with each man’s motivation based on this as they fight to reach their goals. I cannot say more without spoiling the story, so all I can add is this:

If you are looking for a good entry point into Ultraman, or the wider world of Tokusatsu, Ultraman Geed is an excellent place to jump on board. At 25 episodes and one movie, it is well-paced and shorter than its contemporary Sentai and Rider counterparts, which typically run to 48-50 episodes each, plus multiple movies. Ultraman Geed also has the bonus of being part of the only major Japanese Toku franchise to be officially licensed for simuldubbing in America and other non-Asian territories.

Check out Ultraman Geed at Crunchyroll or VRV and enjoy!

What are your thoughts on Ultraman or other Toku shows? Leave a comment below!