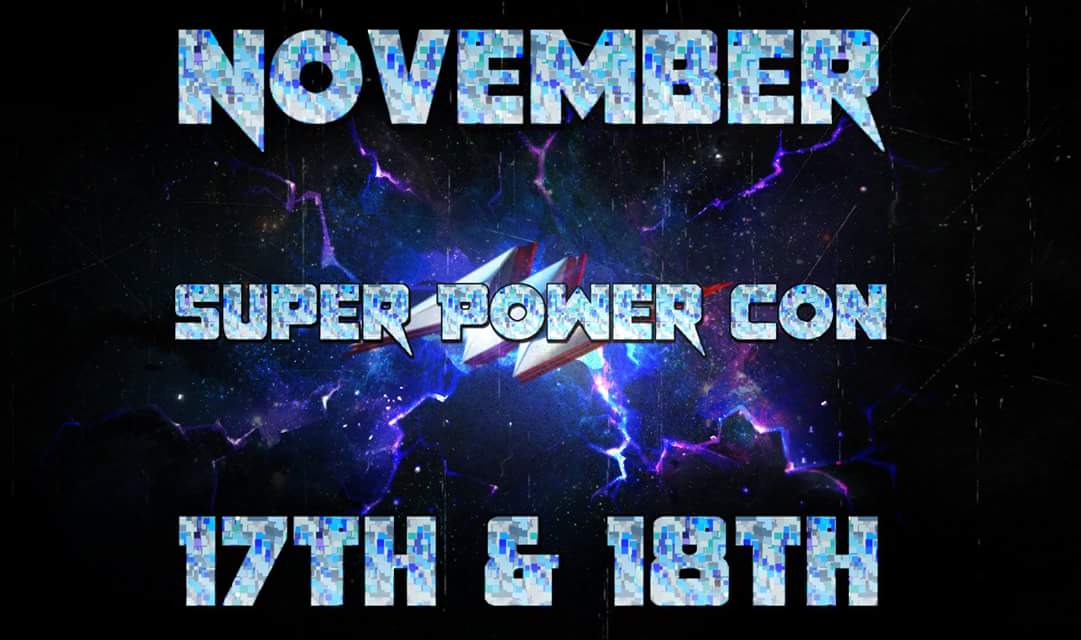 Here’s a rundown of all the guests attending Super Power Con at the moment!

First up is the man who created Earth’s first team of defenders, Zordon! This multi-dimensional being has been freed from his time warp prison and will be appearing at Super Power Con in November. As well as appearing in Mighty Morphin Power Rangers, David J. Fielding is also an accomplished writer and has lent his voice to a number of video games such as Empire Earth and Dungeon Siege: Legends of Aranna.

Up next is the original Mighty Morphin Black Ranger, Zack! Alongside being a Power Ranger, Walter Jones has lent his voice to films like G.I Joe 2 and Death Race 3. He has also appeared in award winning TV shows such as The Shield and CSI. As well as acting, Walter Jones is a talented dancer who has been trained in such dances as the salsa, hip hop, jazz, ballet and tap. He has also worked as a teacher and choreographer as well as being a singer on the Princess Cruise lines.

Just announced on Super Power Con’s official Facebook page, the original Mighty Morphin Yellow Ranger from the unaired pilot episode will be attending, the original Trini! Audri Dubois was only Trini for the previously unaired version of the original Mighty Morphin debut episode “Day of the Dumpster” that was later aired in the summer of 1999. Aside from being the original Mighty Morphin Yellow, Audri is also a 5th degree black belt trained by famous martial artist Louis D. Casamassa. Audri is also a stunt double and a stunt choreographer as well as being a member of the Karate Kung Fu Hall of Fame and was also awarded the Female Competitior of the Decade 1980-1990 award. Audri has also trained some of the world’s martial arts world champions. Audri was also the oldest Ranger on set when the pilot was recorded.

Following Zack is the second Mighty Morphin Yellow Ranger, Aisha! Karan Ashley has had quite a varied career in the media as an actress, singer, TV host, radio show host, reality star, writer and TV/film producer. After staring in Mighty Morphin Power Rangers for over 80 episodes, Karan has had recurring or lead roles in TV shows and films such as Hangin’ with Mr. Cooper, One on One, Kenan & Kel and The Encounter. She has also worked with many successful companies like MTV, ABC, BET, Nickelodeon, Disney and 20th Century Fox and made her own production company called Kash Pictures and Entertainment.

No team would be complete without a villain and Super Power Con will be hosting the voice of Rita Repulsa! Barbara Goodson has been the voice of Rita in Mighty Morphin, Zeo and In Space as well as voicing Rita in Power Rangers the movie and Turbo: A Power Rangers movie. As well as lending her voice to Rita Repulsa, Barbara has voiced characters for various well-known anime including One Punch Man, Akira, Naruto Shippuden, DragonBall, Sailor Moon SuperS, Digimon and Star Wars: The Clone Wars. She was awarded a Best Actor Award in 2012 for her work as Mother Talzin in Star Wars: The Clone Wars by Behind the Scenes Actors, as well as recieving an Earphones award for narrating Blair Clemons from the book On A Night Like This.

Following on from the Mighty Morphin team, we have our first guest announcement from Power Rangers Ninja Storm, the Yellow Wind Ranger, Dustin! After appearing in Ninja Storm, Glenn McMillan returned as Dustin in the Power Rangers Dino Thunder crossover episodes. As well as acting, Glenn is a motocross enthusiast just like his character, Dustin. Glenn is also a talented and passionate musician who can play the saxophone and bass.

Continuing with the Ninja Storm team, next up is the Crimson Thunder Ranger, Hunter! Aside from saving the world as a Power Ranger, Adam Tuominen has starred in various Australian TV shows such as Young Lions and Always Greener. Adam is also a recurring stage actor who has been in many award-winning plays like Streetcar Named Desire, Woman in Black and Glass Menagerie to name a couple. Adam also won a Best Male Performance award for his performance in the highly-acclaimed stage play called Frankie and Johnny in the Clair de Lune.

Following on from Hunter is none other than his brother, the Navy Thunder Ranger, Blake! Jorgito Vargas Jr, also known as Jorge Vargas, has also been in a number of films and TV shows such as Smallville, Supernatural, Chupacabra vs The Alamo, After Tomorrow and Till Dad Do Us Part. Aside from acting, Jorgito Jr is a trained martial artist and has such hobbies as skateboarding, soccer and skiing.

Continuing from the brothers, Blake and Hunter, we now have a pair of villainous sisters starting with Kapri! Katrina Browne is also famous for roles in films such as The Chronicles of Narnia: The Lion, The Witch and The Wardrobe, Outrageous Fortune and Ozzie. Super Power Con will be Kartina Browne’s only confirmed visit to the UK this year so be sure to visit.

Last but by no means least for the current guest announcements is the second half of the terrible twosome, Marah! As well as appearing as Marah in Ninja Storm, Katrine Devine also starred in Power Rangers Dino Thunder as Cassidy, the school news reporter. Aside from giving the Power Rangers trouble, Katrina has also starred in films and TV shows like Left For Dead, Shortland Street, Snake Road and The Man Who Loved Flowers. Super Power Con will be the first time the two Katrina have reunited since Power Rangers Ninja Storm.

Who do you guys wanna see appear at Super Power Con? Are you excited to see any of the currently announced guests? Let us know in the comments section below!