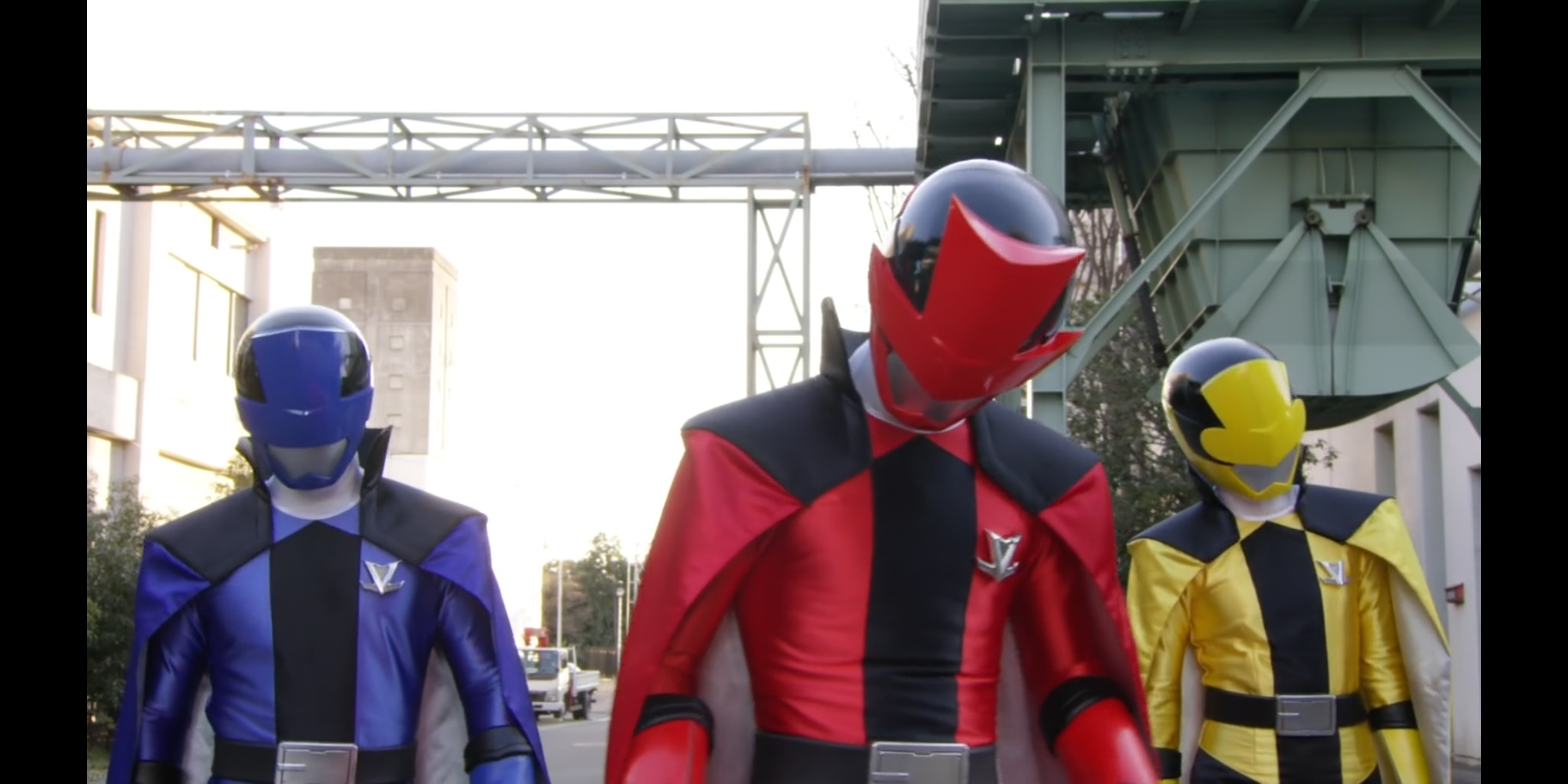 This episode opens on a familiar scene. The Lupinrangers are waiting for Ganglers to appear, and begin by transforming to ambush some unsuspecting Podermen. Podermen, being the red shirt-wearing Storm Troopers this season, miss every shot and are swiftly dispatched. Back at GSPO HQ however, the scene is very different. Tsukasa presents her case for why she believes the trio from Bistro Jurer are the Lupinrangers. “It just came to me,” She says.

We cut to the end of the previous episode, when she matches their voices to those of the Lupinrangers. Then she pulls background data for them.

Kairi has had a rough past, it seems, and is younger than he first appears. Touma, older than the others, was once a professional chef. Umika, the youngest, has blazed her own trail as well. Clearly, the Lupinrangers have had a rough go of life but are making the best of it. Sakuya cannot believe that Umika could be Lupin Yellow. In his defence, Umika is a very meek, unassuming woman when not in her phantom thief gear. Appearances can be deceiving. At the outset, it seems as though this episode will be very heavy on exposition and character-building, both of which are good in a show like this if done well. To date, Lupinranger vs Patoranger has rarely disappointed in this regard.

This time around, Good Striker plays a more important role in moving the plot forward. He tips Kairi off about the police, and then the trio begins to explain, at his request, why they do what they do one more time.

We see cuts to familiar flashbacks from previous episodes, cut into smaller chunks. In this moment, I can easily see Good Striker starting to play the two teams off of each other in a way very similar to Kamen Rider Kaixa, in his time.

As the police brainstorm, we get confirmation that a text sent from Sakuya to Umika was probing for information on the thieves. Jim is modified to look like a Gangler at the water treatment plant we previously saw Kairi at, and then Sakuya and Tsukasa return to Jurer for lunch. The operation has begun. Back at the water treatment plant, we get a better look at Jim as a Gangler, and we see that he literally has a bank safe duct taped to his head. The Lupinrangers show up as expected, and Tsukasa and Sakuya note that no one has left Jurer.

All three Lupinrangers are present at Jurer when Tsukasa and Sakuya finally go back inside, and the false Lupins give chase when Jim runs off.

Jim is swallowed by some mysterious opening and we see the magic behind the Lupinrangers fooling the police. It was all due to Good Striker, he says, and when the curtain is pulled back on the magic trick, Kairi goes after Jim.

In trying to rescue Jim, Kairi is met by Gauche, who remarks that she had been looking forward to some light human experimentation.

Keiichiro is not far behind, and the two begin their rescue attempt at once. It’s a flashy scene full of explosions and flying debris, as nearly every shot hits a support column for the building. We learn through this scene, as well, that Gauche has such fluid moves in combat due to her Lupin Collection item, which gives her Predator-style thermal vision and the healing abilities she uses to resurrect dead Ganglers at Kaiju size.

Kaiju-sized Podermen are engaged by the Lupinrangers, and Good Striker does his bit to form LupinKaiser.

We see Podermen coordinating, and then coming out with a hilarious, if a little sad, attempt at jousting against LupinKaiser, which fails instantly. The Lupinrangers, not wasting any time, go right for the finishing move after swapping in Cyclone Dial Fighter on the left arm. The battle ends and we return to Jurer. Kairi and Keiichiro both wonder about Jim’s riddle, and Commander Hilltop figures it out.

Then we get our preview for the next episode, promising more exposition and flashbacks.

All in all, episode 8 is good expository ride, and we get a little preview of things to come. Personally, I am excited to see where this plot thread goes, especially in regards to Good Striker’s ambiguity. His motivations are becoming much more gray now, which is already saying a lot compared to other Sentai helper characters from the past. When the identity reveal does come out, the consequences on the show’s narrative will be very interesting.