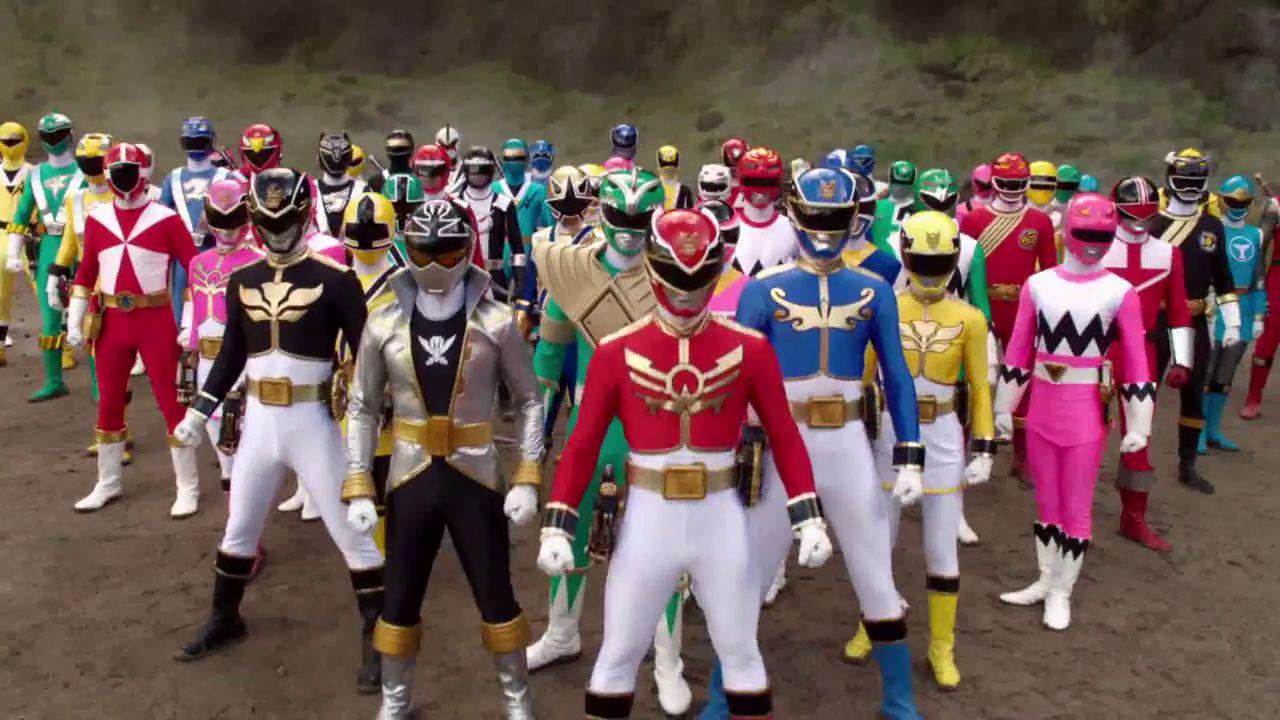 Two Power Rangers have been confirmed to potentially appear in the 25th Anniversary episode of Super Ninja Steel.

Thanks to Joe Deckelmeier of the YouTube series, That Hashtag Show, two past Rangers have basically been confirmed as returning in the special anniversary episode. When he attended YesterCon in the USA, at the event’s Power Rangers panel, which had Carla Perez (5th anniversary Rita Repulsa, Mighty Morphin), Tracy Lynn Cruz (Ashley, Turbo & In Space), Christopher Khaymen Lee (Andros, In Space), Ciara Hanna (Gia, Megaforce), Brennan Mejia (Tyler, Dino Charge) and current Pink Ranger Chrysti Ane (Sarah, Ninja Steel), who confirmed Saban had plans for the anniversary, he asked if any of them would be part of the planned 25th anniversary episode. When they answered, everyone had said no except Ciara Hanna who played coy when asked the question.

Ciara Hanna had been one of the Rangers who returned when Saban did the 20th Anniversary of the show as well as appearing in the Legendary Battle, which has very mixed reviews from fans. Ciara’s character, Gia, does seem to be a popular Ranger so it would be good to see her return for the Anniversary episode. Saban is yet to confirm anything officially in regards to the 25th anniversary episode but with any luck, fans will hear something soon.

The other Ranger who is pretty much confirmed to return is Li Ming Hu who played Gemma in RPM. In an interview That Hashtag Show had with co-star Mike Ginn, he wouldn’t say who told him but he has apparently been told by a currently unnamed returning Ranger that Gemma is set to appear in the 25th anniversary episode. That would mean we currently have two Rangers now set to return in Super Ninja Steel, Megaforce Yellow and Gemma the RPM Silver. Tommy Oliver himself, Jason David Frank, is expected to make an appearance, this looking like quite a Legendary team-up.

Who do you guys wanna see appear in the anniversary episode? What do you think will happen to bring these Legend Rangers back to fight Evil once again? Let us know in the comments below!