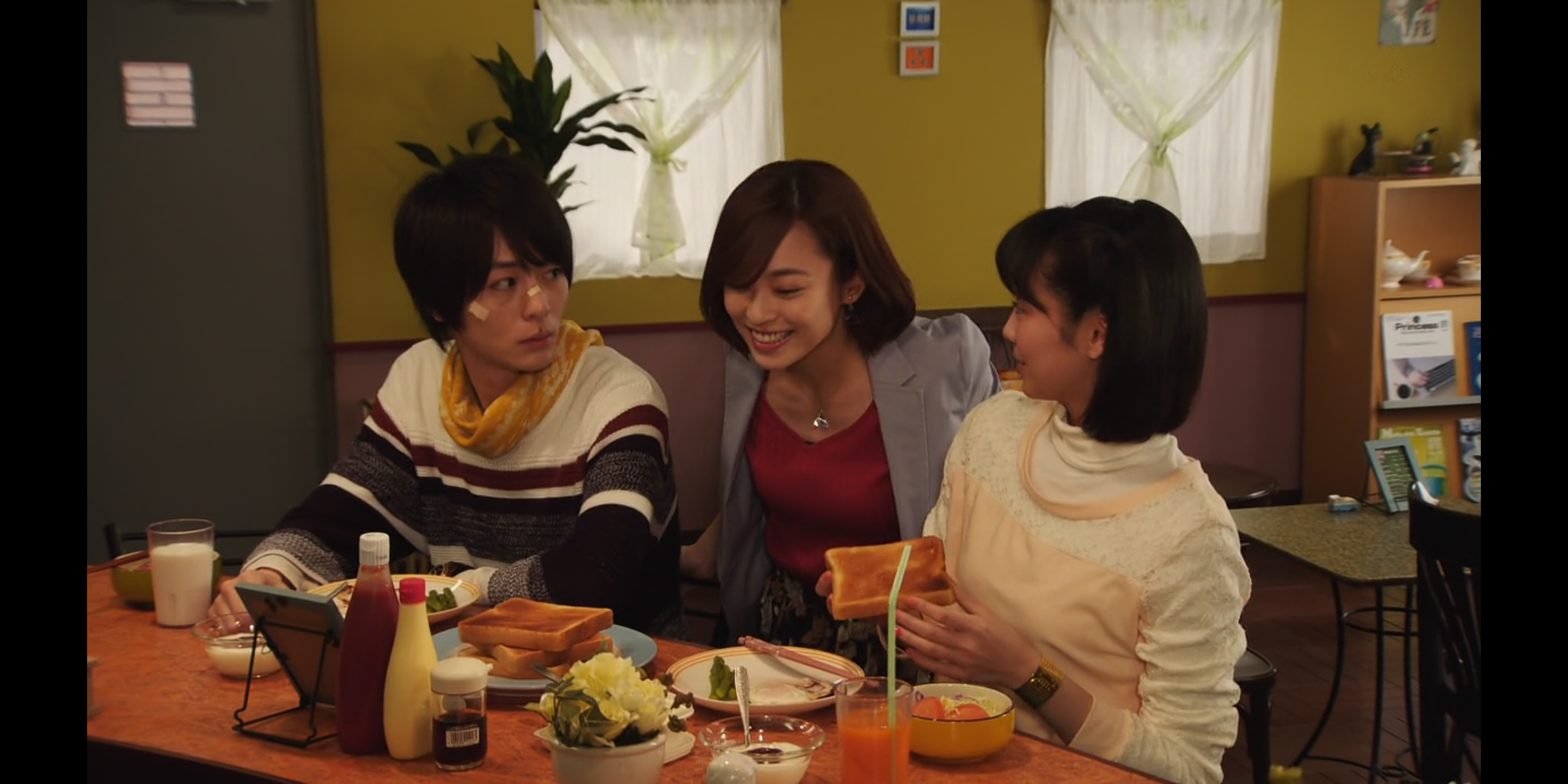 The familiar, heavy tone is present in the opening of this week’s Build, as Sento returns to Touto’s capitol building with Pandora’s Box in tow. As he and Prime Minister Himuro discuss the next steps, Kazumi gets a phone call, though we do not see who from. Upon returning to Cafe Naracita, Banjou learns of his Martian heritage, via the DNA test results and lab documents on Sawa’s computer.

The show wastes no time in setting up Kazumi’s arc for the week, using Pandora’s Box as a bargaining chip for the lives of the Hokuto government officials taken by Seito. At the same time, team Build talks over the revelation about Banjou’s heritage, and the man himself tries to rationalize it however possible. The weight of questioning his own humanity is colossal, and immediately evident on Banjou. Oddities begin to crop up, and they immediately suspect Isurugi’s involvement.

There is a certain air of duality here, of conflicting loyalties and what identity means to the individual, as Kazumi is forced to choose between his nation and his world, while Ryuga questions everything he thought he knew about himself. The only one seemingly not troubled, outwardly, is Gentoku. He has made his choice, and releases the hostages by cutting through their ropes after being ordered to kill them. We then see him take on multiple Hard Smashes, before his kill switch is pushed by Utsumi and his transformation deactivates.

Between bursts of action, this episode is heavy on existentialism and characters spend much of their time in quiet contemplation. Pieces of the puzzle begin to come together in exploration and discovery, rather than through combat. It comes to light that Isurugi had met Banjou before, shortly after his return from Mars, and the implication is made that Banjou’s amnesia was the direct result of that meeting. Political negotiations begin, and as they heat up, we see the area around Pandora’s Tower begin to quake.

Isurugi’s plan is coming together on a grand scale. Playing with a new type of Full Bottle in Midou’s office, he tells Midou, who is really Nanba, to be patient and let the Ultimate Driver be designed first. For those who pay attention to toy scans and leaks, the Bottle Isurugi is using fits into the Evol Driver, and the Driver itself is the one Isurugi refers to.

Each week, we seem to find Isurugi’s hands on a piece of the puzzle, as he gets closer to his goal. He is a master of deception and subterfuge, and his ambitions seem to eclipse even those of Gentoku, or Ex-Aid’s Dan Kuroto.

Kazumi continues to fight, joined by Sento, and the cut away from the fight shows Banjou in a graveyard, sitting on the ground in front of his deceased girlfriend’s family grave. The battle sequence, though, gives weight to a question I recently saw floating around a Facebook group board. As often as the Washio brothers lose, how can Nanba still consider them useful? Apparently, this week, the answer is to use them as bait. With Kazumi and Sento engaged far away from the Capitol building, Isurugi takes a squadron and makes his move. He is met by Banjou.

Isurugi and Banjou have a meaningful exchange, which only deepens Banjou’s mental crisis. Down, but not out, Banjou stops Sento from intervening in the fight, and gets up to challenge Isurugi again. This time, the battle is one sided in the other direction, and Isurugi appears almost proud at how easily he is defeated. Gentoku, left to himself, kidnaps his father from inside the Capitol building and teleports away.

The preview for the next episode reveals that it will focus on the debut of Kamen Rider Evol, now revealed (albeit somewhat predictably) to be Isurugi’s upgraded Rider form, far surpassing Blood Stalk.

What did you guys think of this week’s Build? Leave a comment and let’s discuss!