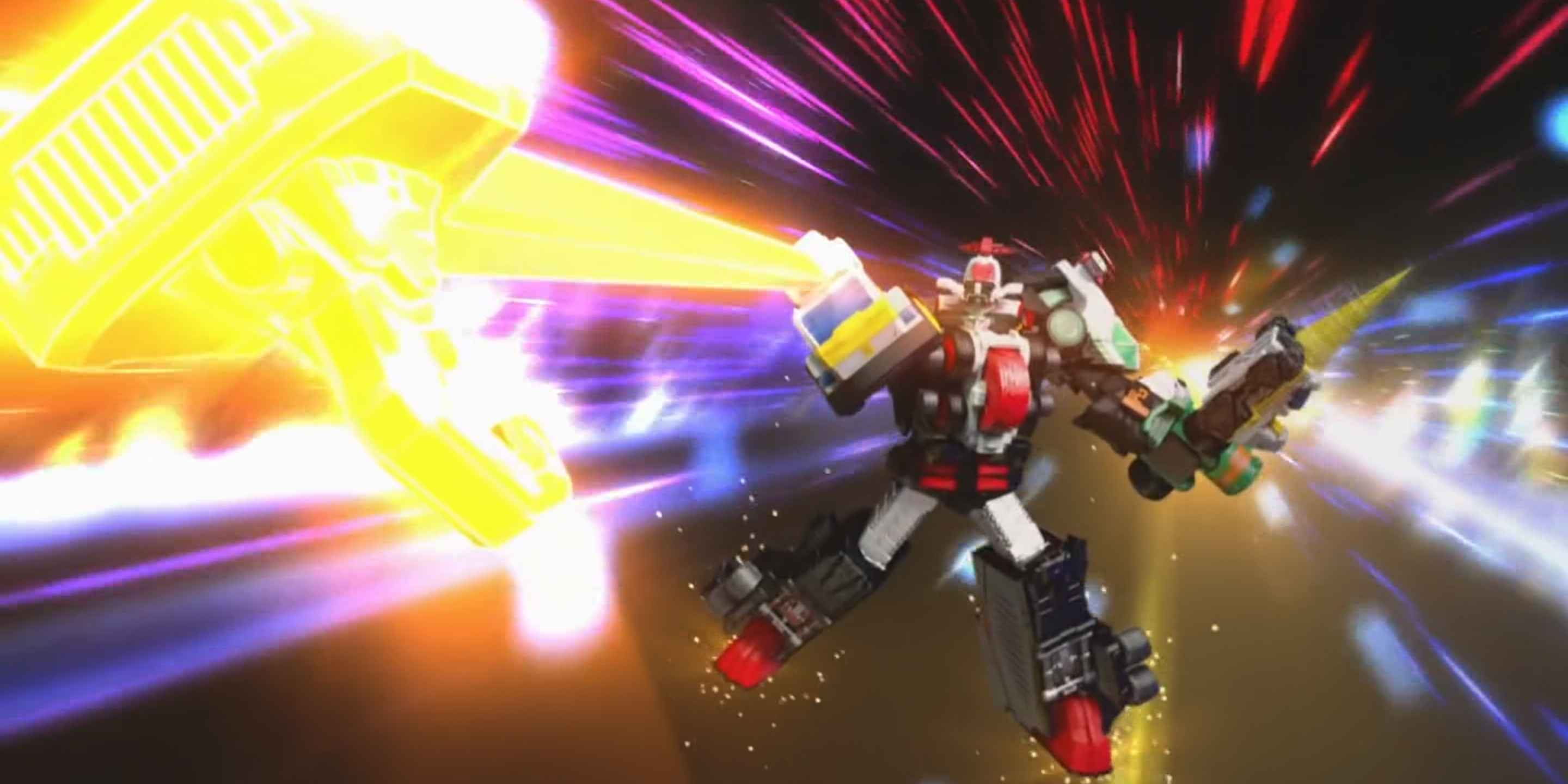 The Patorangers are in rough shape following the events of episode 14. Keiichiro remains hospitalized, and the others are up and moving but hurt. We open the episode on Commander Hilltop entering Bistro Jurer. He already knows the names of each Lupinranger, but does not let on that he knows more just yet, citing the bistro’s fame around the GSPO station. As it turns out, he has come to buy snacks to take to the hospitalized Patorangers. We get the first indication of a language barrier, indicating that Hilltop may be American, like actor Ike Nwala, who plays him.

The curious line, “Hold me tight,” when Hilltop means to use the Japanese colloquialism, “Omimai,” is a nice way to diffuse some of the tension created by the commander’s presence in the bistro and the news of the Patorangers being injured. Overall, his tone is relatively light given the grave circumstances, and is meant to be reassuring. Par for the course, we eventually get our arc for the episode in the form of learning that Keiichiro can only be cured by the defeat of Togeno, the hitman Gangler from episode 14. Kaijin abilities are often removed in this way in Tokusatsu shows, and this series appears to be no exception. It’s a familiar plot device, but not an entirely unwelcome one.

Learning that the Patorangers are injured brings out another layer of that humanising depth and complexity seen in previous episodes for all of these characters, but none more so than Kairi, as he shares a moment with Tsukasa to learn how much the police are risking in the name of public safety. Having been confronted with the very real possibility of the death of his rival, Kairi is clearly conflicted, perhaps even hurting. As much as it would make the Phantom Thieves’ job easier to have the police out of the way, they have gotten to know the Patorangers on a personal level through regular contact at Jurer, and may even consider them friends, in a way.

Togeno, shamed and shunned by Boss Dogranio, goes on a rampage, and here we see Touma’s first contact with the Gangler. No longer content to use the poison quills from his own body, Togeno now carries a rifle, fitting for his profession when in human form.

Even badly hurt, Sakuya is willing to jump right back into the fight on hearing of Togeno’s return, but finds Tsukasa suiting up at the station when he arrives to do the same. Tsukasa insists they will fight smarter, coming up with an effective plan to bring down Togeno.

This is how we learn Sakuya is a trained sniper, and in Tsukasa’s plan, Sakuya will put that skill to the test, setting up an exciting gun battle between himself and Togeno. Sadly, we never truly get to see this play out as we get Sakuya dual wielding VS changers instead. It would have been exciting to see Sakuya shine, as his sharpshooting training indicates his background may be more layered and nuanced than his simple joking personality may suggest. As GSPO is a global organization, there exists a possibility that he may have military training, maybe even as part of NATO. This revelation would open the world of Lupinranger vs Patoranger to more possibilities and a large crossover event at some point, especially if this continuity is the same as Dekaranger.

Keiichiro makes his return, barely able to stand. A combined shot, cooperatively made after Umika intervenes, defeats the Kaijin-sized Togeno and allows for him to be resurrected as a Kaiju.

The mecha scene shows the debut of the Crane and Drill form of PatKaiser.

After Togeno is defeated, the poison that had spread ceases to be, and the team is healed of their sickness. The preview for next week sets up a new conflict between Touma and the rest of both teams, as he is bodyswapped with a Gangler.

Also included is a preview for the fantastic-looking Uchuu Sentai Kyuranger vs Uchuu Keiji Gavan.

What did you guys think of this week’s Lupinranger VS Patoranger? Leave a comment and let’s discuss!