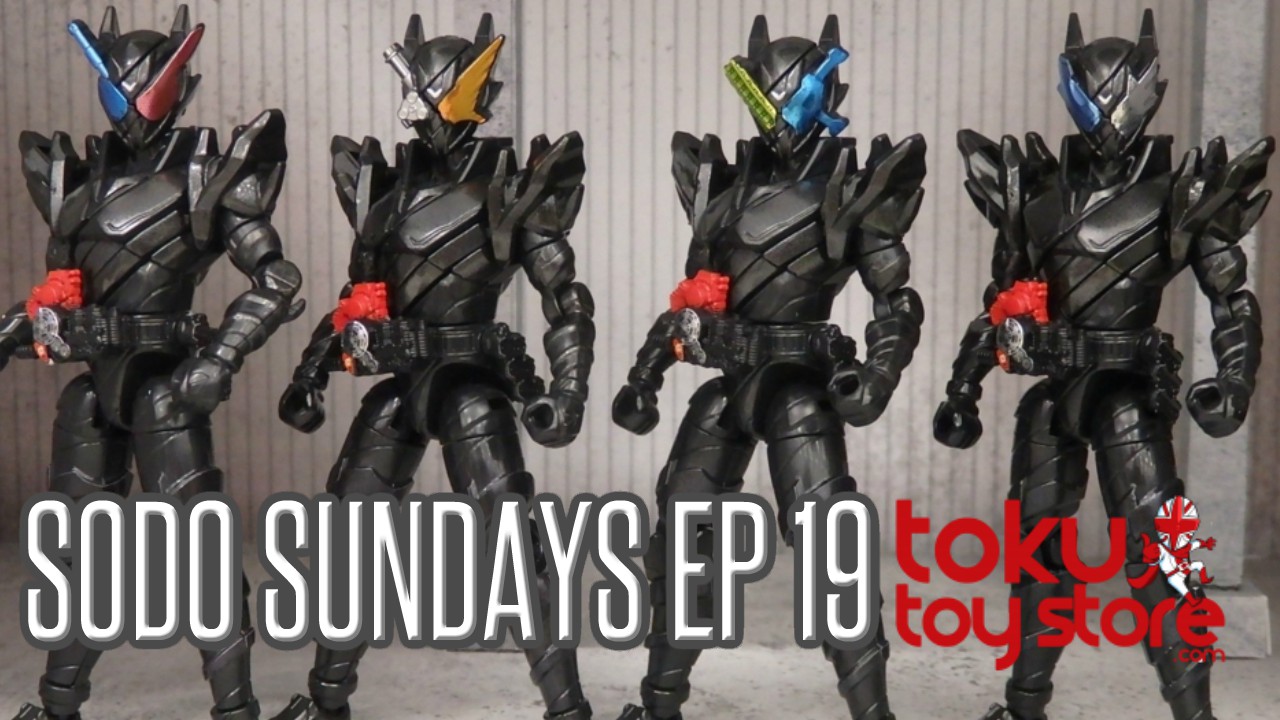 Hello, tokusatsu community! It’s Joshua Perry here to talk about SODO figures on my fortnightly series, SODO Sundays. This time we have a bit of news from Kamen Rider Build and the original 1971 Kamen Rider.

The first few figures of Build Set 10 have been revealed! This set seems to be playing a bit of catch-up from the many forms over the last few months. Starting with some of the Hazard forms seen in the show recently. Hazard HawkGatling and Hazard KaizokuRessha are now joining the SODO line! These figures use the same Hazard body from Set 6 but have the new face plates and even include the HawkGatling wings seen in the show.

That’s not it for Build Set 10 as two more Best Matches are now in SODO form. Seito’s KujiraJet and KirinCyclone have arrived!

A new Premium Bandai SHODO set has been revealed for the original Kamen Rider series. This special set seems to come with different versions of Kamen Rider Ichigo. Kamen Rider Nigo, and the Cyclone bike. Compared to previous SODO and SHODO figures this set seems to have some better details and articulation.

At the end of the Bandai blog post it was teased that the next figure would be Kamen Rider Evol. Tune in next SODO Sundays to find out if that’s true.

As always you can watch SODO Sundays Episode 19 here: