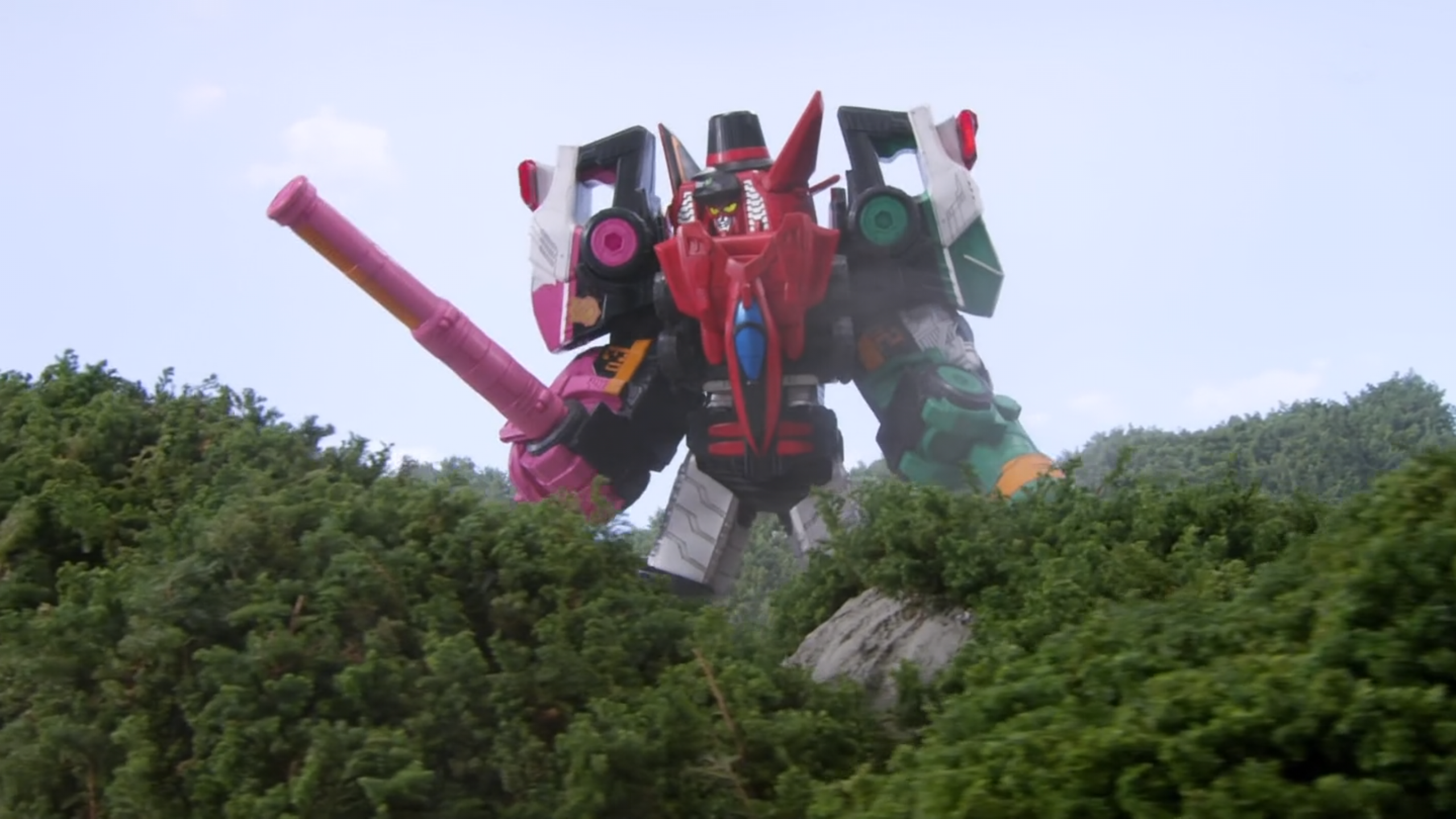 This week on Lupinranger vs Patoranger: A previously-defeated Gangler returns?!

The returning Gangler, Anidara, is one of the Crush brothers, who were both previously defeated by the rangers. He returns at Kaiju size, and the police waste no time in deploying PatKaiser to put him down for good. After a failed assault, Good Striker is the first to figure out what’s happening. PatKaiser is defeated and the Lupins swoop in. With them, Good Striker goes for another round.

When we learn the truth of Anidara’s resurrection, we also learn more about the Lupin Collection. The items were made in the Ganglers’ world, and Destra claims they should not be able to be used by humans. This is an interesting turn that could lead to a revelation later related to Arsene Lupin, Kogure, and everything we think we know about the thieves. This is simply another small piece of a much larger puzzle the show has been teasing us with for several weeks now, and it shows no signs of changing this direction any time soon.

Kogure gives more insight into Good Striker beyond his utility, stating that like any creature with sentience, he has his own troubles, personality, and experiences to draw from. The thieves make their exit in the attempt to track him down, and learn of a fight at a particular time and place.

The showdown is a trap, obviously, and we see the police begin to plot behind the scenes to lure out the Gangler and the Lupinrangers using this bait. Ultimately, it is Kairi who finds Good Striker, on a park swing like a child. Good Striker eventually confides that he is a neutral party, concerned only with the Collection and acting based on how he feels in the moment, and the pair share a moment of mutual respect by way of a rough approximation of a fist bump.

When the duel between Anidara and the Patorangers comes, as predicted, the thieves are on site. The police are waiting, and retrieve Good Striker like an item.

We see an interesting moment where Kairi interrupts the combination of PatKaiser, and creates a hybrid mecha only to start a fight in the cockpit. During the attempted heist, we see that items from the Lupin Collection do not change size when their host Ganglers do. From there, the item is stolen and the episode ends on a note about Good Striker as a character.

Overall, this episode does a good job of shedding light on some of the more obscure elements of the show’s world, back story, and characters, and it seems to be building up to more reveals later. With the upcoming arrival of LupinX/PatoX, who knows what more will come?

What did you guys think of this week’s episode? Leave a thought below and let’s discuss!