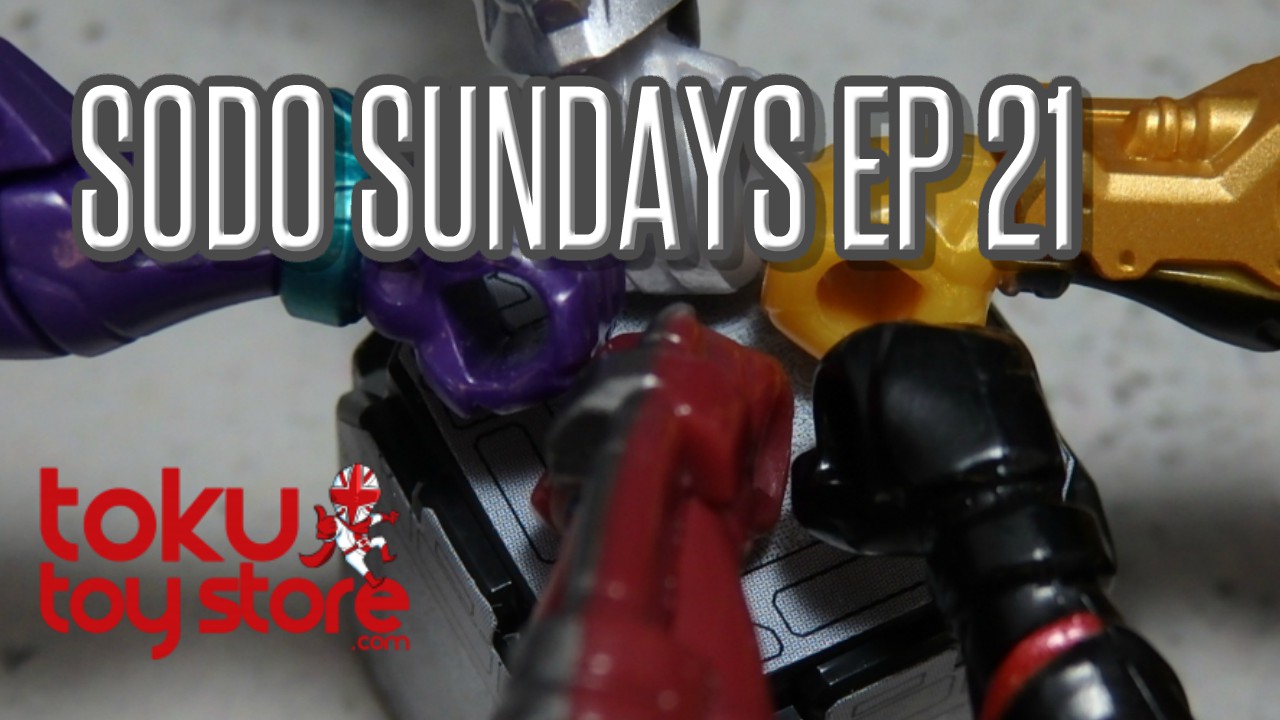 Recently, the contents of Build Set 11 have been revealed. Now we have the final two figures of the set. First up is Build’s Final Form, Genius Form! This figure has all of the Full Bottle details all over him but they are all stickers, which can be a pain, but the end result looks worth the effort. He also comes with the Full Bottle Buster in it’s gun mode.

Finally, for Set 11, is the SameBike Best Match. This is the final of the 7 Best Matches from the YouTube specials that was yet to be released. SameBike also comes with a Pandora’s Box accessory for the SODO figures to use.

That’s it for SODO Build Set 11. This set will release at the end of July.

As always you can watch SODO Sundays Episode 21 here: