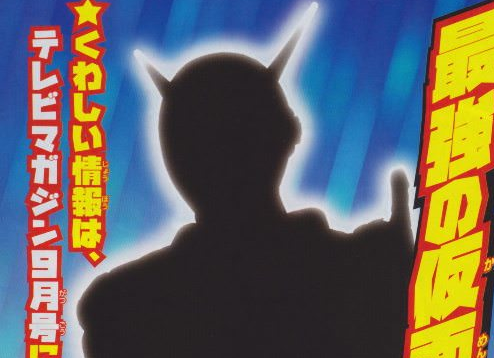 It’s that time of the year again, a new Kamen Rider series just around the corner and that means new rumors surrounding the next series are popping up in anticipation of the 1st quarter toy scans.

This year it’s Kamen Rider Zi-O, which is set to be the 20th and final season in the Heisei Era of Kamen Rider. As it’s the beginning of July the 1st quarter toy scans should be here in a few weeks so that means early rumors have begun to pop up. Time seems to be a very important theme of Zi-O.

The first silhouettes from the latest TV-Kun had shown Zi-O alongside the previous 19 Heisei Riders, each year for the series was written in the style of a digital clock. Zi-O also seems to have some sort of wrist watch like device, which is rumored to be his transformation device rather then using a belt.

As for his forms Zi-O there are slightly conflicting rumors. One set states Zi-O will have 24 Clock devices that allow him to use the powers of past Riders and travel to their timeline. That list is as follows:

It’s assumed the disk silhouette from the early Zi-O scans would be the 24 Clock Devices and the Rider silhouette would be a base form for him to go to 10PM to get the Zi-O form seen in the new silhouette.

A second set of rumors takes the previous Riders hour forms and states that Zi-O will have legend forms starting with Kuuga, Ex-Aid, and Build but his main forms will be based on 3 hour intervals, stating his starting forms to be “3 Time” “6 Time” “9 Time” and “12 Time”. This set of rumors is the one that states Zi-O will transform with the “Time Timer” a watch like henshin device and his gimmick will the “Time Timings”. Finally these rumors state he will have 3 weapons, the “Clock Rod”, “Turn Scene Gun”, and “Cho Seen Arrow”

As of this time it seems likely Zi-O will have some sort of time theme and relate to Legend Heisei Riders to some capacity.

Only time will tell what or if any of these rumors are true. For all news on Kamen Rider Zi-O stay tuned to Toku Toy Store.

What do you think of these Zi-O Rumors? What do you want to see from this new Rider series? Leave a comment down below!