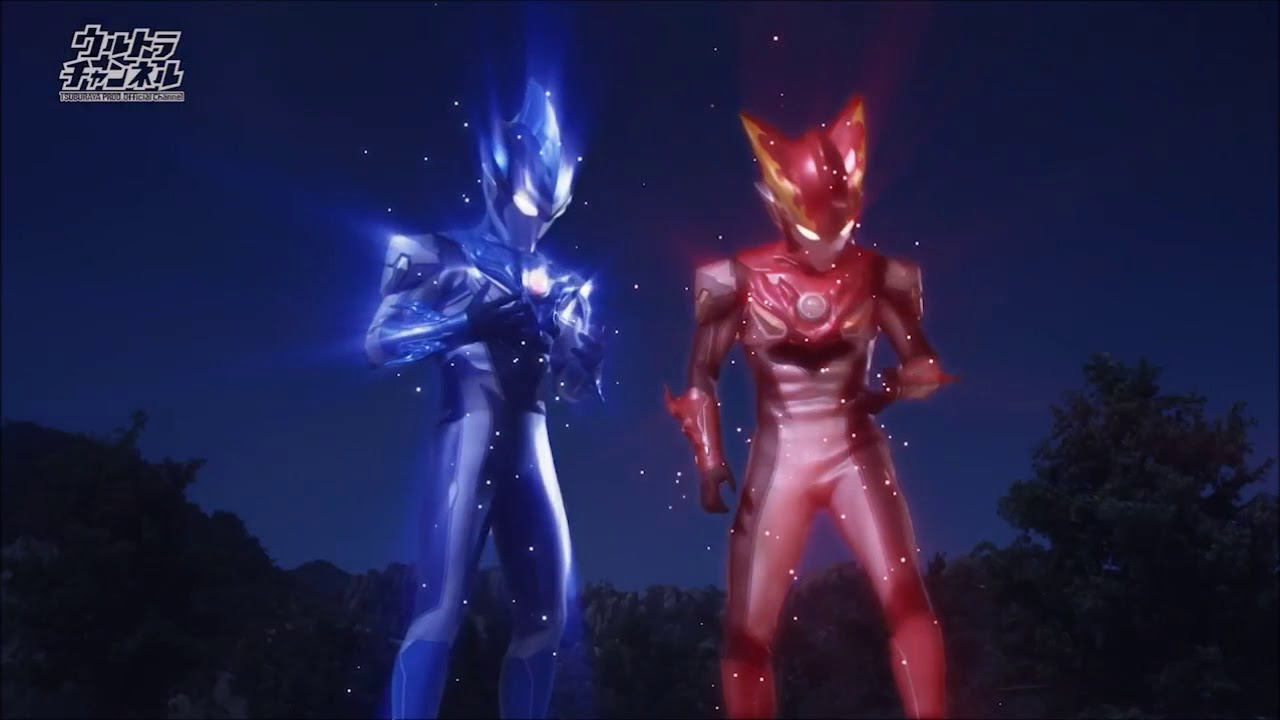 The light-hearted comedic charm shown in the opening of this new series carries over in a big way this week. The second episode of Ultraman R/B opens on the brothers testing their abilities, including a lot of experimentation with laser blasts cut over dialogue and banter that definitely made me laugh a few times. The best of these moments, though, comes after Isami inadvertently blows up a mountain and remarks, “It’s only a little blown up!”

Though he has still yet to appear directly with our heroes, we are treated to a brief glimpse of the over-the-top bravado and silliness that make up Makoto Aizen, the self-proclaimed “Preacher of Love and Goodwill.” After someone with Ultraman-like abilities at human size saves a woman from an accident in front of him, Aizen asks the man to lend his power. The brothers share a more serious exchange as they debate what to do about being Ultraman, whether to tell people or just keep fighting in silence. They even remark that the news media lumped them in with Grugio as Kaiju, and the whole exchange leaves Isami boiling with anger.

It’s only thanks to candy from his little sister that he finally calms down, and we begin to see a particular dynamic taking shape. We see the process of a Kaiju being called into being, but not by whom, and it seems that they come from crystals as well as Ultraman does. A crystal in a Rube Gyro leads to the rise of a new Kaiju, who immediately begins to attack Ayaka City once again. This time, Isami is ready to jump right into the fight, though he takes a moment to try to hide his identity.

For his hesitation, Isami is left trapped under rubble and unable to transform.

With a Kaiju running rampant, the whole scene comes across as fittingly bleak, with an emergency services siren constantly playing on in the background. Buildings have crumbled and the damage is evidently not going to just disappear at the episode’s end. In this scene, we begin to see that the brothers now share a mental link, as well as a familial one. Touching their Gyros at the same time leads to Katsumi being able to see his brother’s situation and position, and he wastes no time in heading there for a rescue.

When suited up this time, the fight doesn’t seem, to me, to carry as much weight as the encounter did at ground level. Punches land limply, and the brothers, per their normal style, spend more time doing acrobatic stunts than they do focused on combat. There is a moment during the fight where they sneak some more comedy into it, again at Isami’s expense as he realises he broke a building.

Another snapshot of Aizen and an open book reveal that the brothers may have been fated to become Ultraman for a long time, and that their mother knew. We will have to wait to learn more, but as Ultraman seasons typically run half the length of their counterparts at Toei, we can expect the wait won’t be long. Overall, this episode carries forward the established tone well, balancing light and dark in equal measure, and making sure to leave room for the brothers to play off of each other well.

What did you think of Episode 2? Leave your thoughts and let’s discuss!