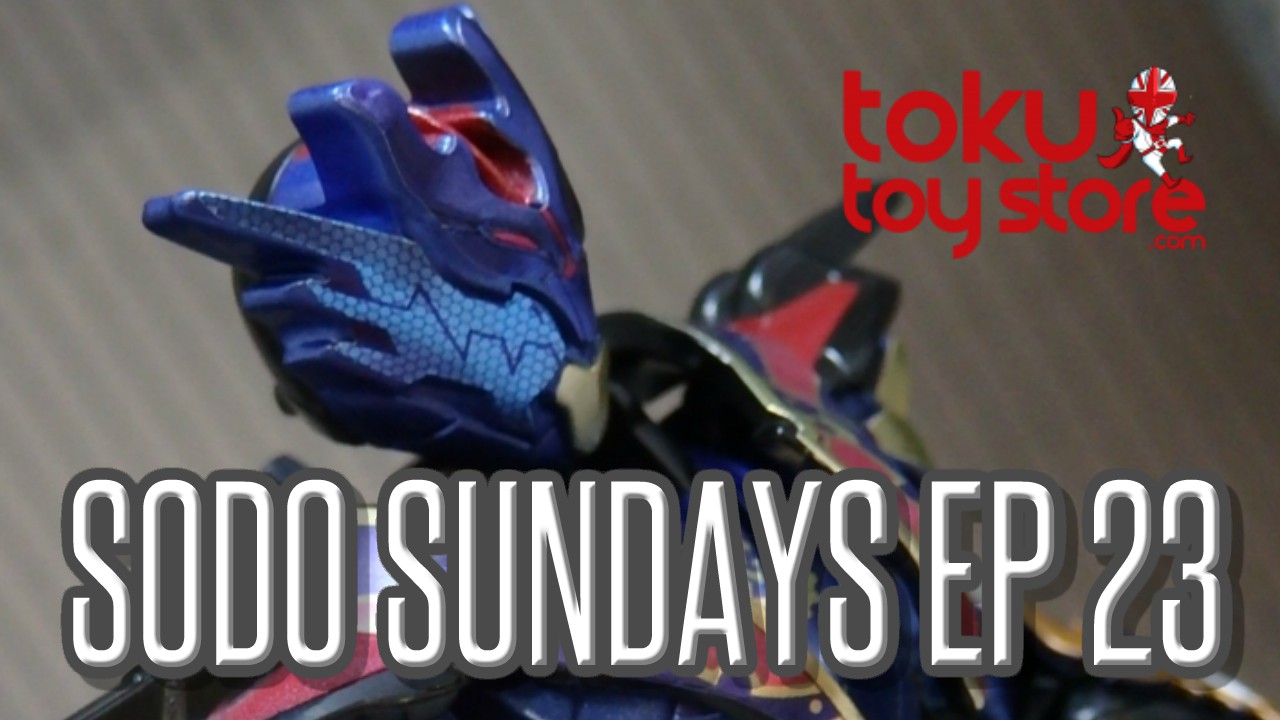 The final Build SODO set is releasing at the end of August and the first figure of this set has been released. Great Cross-Z is the first one revealed. This repaint of the original Cross-Z has been in the show for a while so it’s nice to finally see it in SODO form.

Great Cross-Z also comes with 2 accessories, a Black Lost Pandora Panel to use with Evol’s Black Hole form, and the headpieces for the KeyDragon Hazard Build form.

It’s unknown what the rest of the Set 12 figures will be so stay tuned to SODO Sundays to find out.

As always you can watch SODO Sundays Episode 23 here: