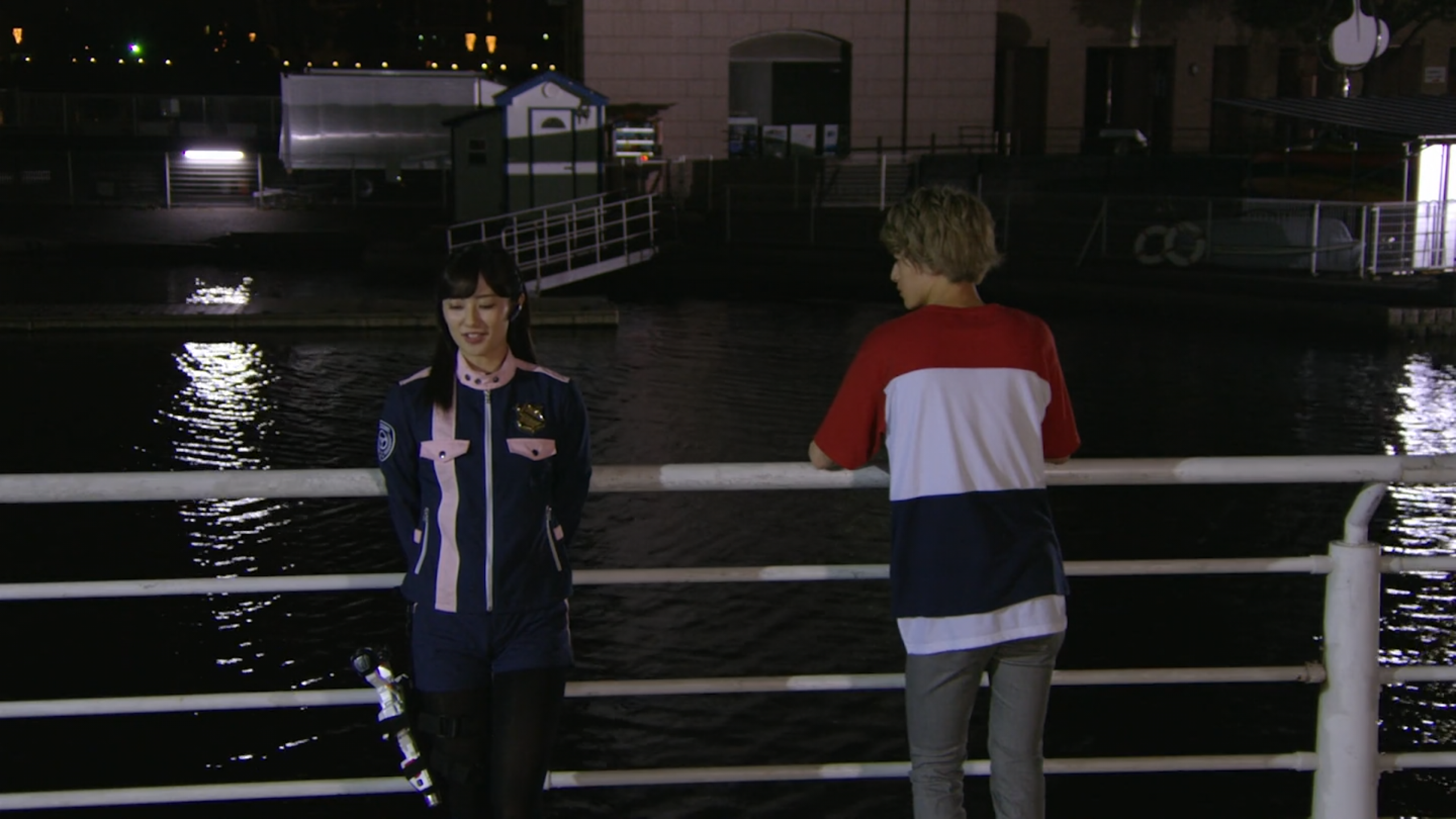 This week, a new ship is born for the fans to get excited about. This episode focuses very heavily on Kairi, Tsukasa, and their respective stories as well as how the pair of them interact. After raiding a club to capture Giwi, a Gangler general, Tsukasa sees Kairi and believes he is an innocent civilian, taking him to safety before they share a bonding moment over their shared lack of family. Both are orphans, Kairi raised by his brother and Tsukasa by her grandfather, in turn. The whole flashback scene in which Tsukasa tells her story is fittingly somber, starting from her grandfather teaching her to defend herself, all the way up to saving her friend from a rape in high school.

Through this sequence, her voice is calm and contemplative, and even the music in the background is somber, as if the world they live is lamenting their shared loss. After the brief exchange and a lecture about not letting family get away, Tsukasa leaves and Kairi is able to just think for a while.

As we cut back to the Ganglers, Zamigo is able to make a return appearance, now doing shady deals with Giwi. Giwi, in turn, finally lets his power loose as one of his victims is turned into a living flower pot of sorts, covered in leaves and vines that keep growing back exponentially every time they are removed. The police waste no time in putting a warning out to the public, but for many people it is implied it may be too late. Thankfully, in a reaction of sorts, it’s Kogure to the rescue! He seems to know how to stop the plants from spreading, and gives the Lupinrangers these instructions as the police check into the victims. It’s a good way to show them playing both sides, with Noel in between presumably feeding each side intel from the other. The rest of the battle plays out pretty much as par for the course, and despite being seen as a general up to this point, Giwi is defeated with relative ease.

Before Giwi has even exploded, though, Zamigo is approached by Lymon hoping to make a deal. The next episode seems to suggest that Lymon will be the new primary antagonist, and go so far as to rival boss Dogranio in the scope of what he can do. How will this play out? Maybe this will force the tag-team we all know is coming. Stay tuned to find out!