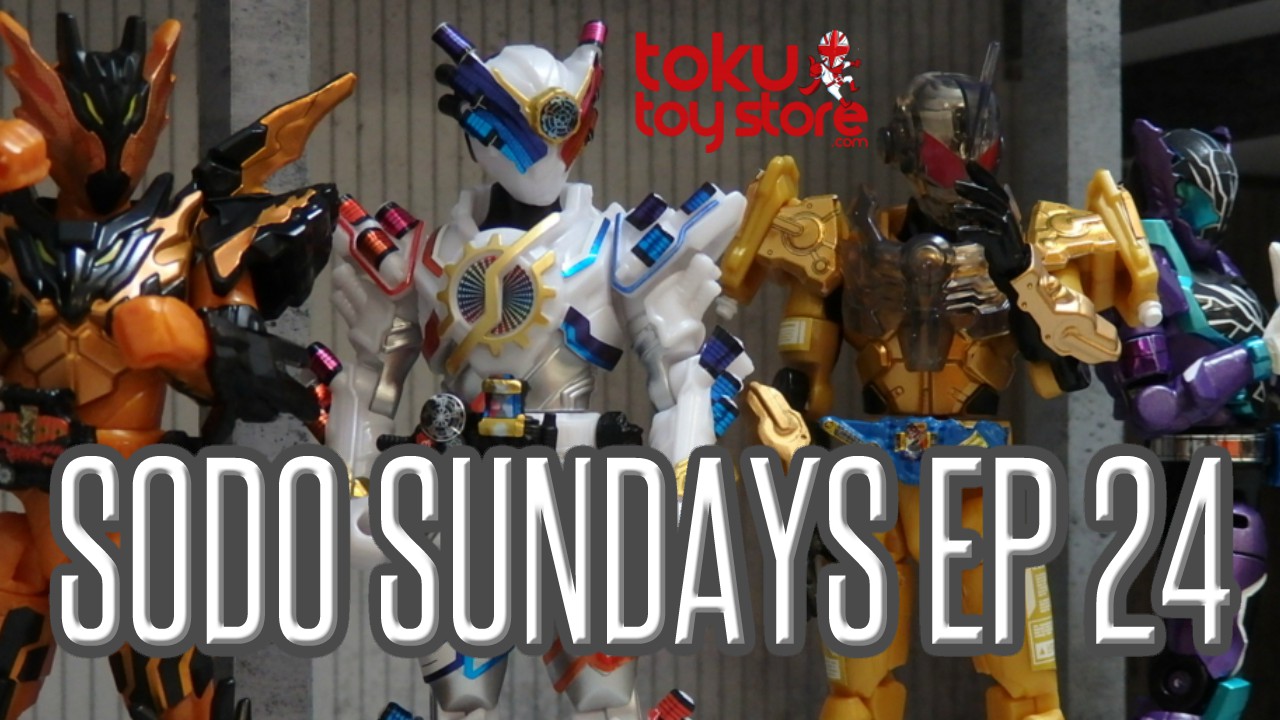 Hello, tokusatsu community! It’s Joshua Perry here to talk about SODO figures on my fortnightly series, SODO Sundays. This time we have a lot of news from Kamen Rider Build.

Build is ending soon and the SODO line has revealed the full contents of the final set, Set 12. The first figure was revealed last time as Great Cross-Z; the other user of the Great Cross-Z Dragon has been revealed as summer movie villain, Kamen Rider Blood. He has everything he needs which just happens to be a combination of many old suits, and a cape piece.

Also from Build’s summer movie is the new Cross-Z Build form. This form, which is a combination of Cross-Z and Build. This form features a skirt piece used before on figures like Black Hole Evol.

The final figure of Set 12 is the most recent form seen in the show, Grease Blizzard. He comes with the Blizzard Knuckle.

With that SODO Build Set 12 is complete.

But wait… a Premium Bandai set is on the way!

Earlier this year, the Dai-SODO set was released which featured better versions of Build and Cross-Z. This Premium Bandai includes new versions of Grease and Rogue.

In addition to more sticker detail compared to their previous versions, the eyes on the Grease figure have been redone to be more show accurate.

There are a ton of accessories in this set including better versions of the Twin Breakers. The set includes two so Grease can dual wield them like in the show.

A better version of the Steam Blade and Nebula SteamGun Rifle Mode are also included.

Moving away from Grease and Rogue there are also a ton of extra accessories for other past SODO figures. First up is the big bat wings for both Night Rogue and Mad Rogue.

Two of the Evol chest plate.

The White Pandora panel, as well as two new Build Drivers, two empty ones for the forms that use the Knuckles, and another with the Genius Bottle and Hazard Trigger, are also in this set.

And with that the end of the Build SODO line. By the time the next episode of SODO Sundays drops we will have our first look at the Zi-O SODO figure, so get ready for another year of Kamen Rider SODO Figures!

As always you can watch SODO Sundays Episode 24 here: