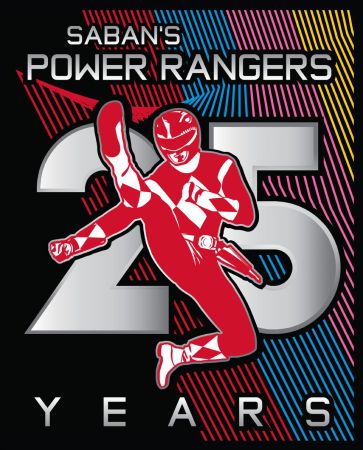 Power Rangers as a franchise is approaching its 25th anniversary this year, with a special episode airing on August 28th to commemorate the anniversary of the original air date of Mighty Morphin’ Power Rangers. The anniversary episode is airing in a special time slot, 8:00PM on Tuesday August 28th in the US. Power Rangers actors, often active on social media, have been a wealth of information for details about this episode, including the team lineup that will be pairing with the current Super Ninja Steel team. Seen below, behind-the-scenes pictures and videos posted to the Instagram, Twitter, and Facebook accounts of several of the actors involved have confirmed the team lineup for the reunion is as follows:

This lineup is confirmed via multiple official trailers, and a newly-posted morphing video shot behind the scenes on set and posted to the official Instagram page of veteran actor Jason David Frank.

Coincidentally or not, you can see from this list that a large number of the returning actors are still highly active in the Power Rangers community and in interacting with fans at conventions and on social media. JDF, Ciara Hanna, and Yoshi Sudarso, in particular remain champions of the Power Rangers brand, devoted fans as well as vocal spokespeople. JDF and Ciara Hanna are also confirmed to be returning to their Power Rangers characters in a web film, Power Rangers Legacy Wars: Street Fighter Showdown, premiering later this fall.

This team, as listed above, will be crossing into the universe and timeline of Super Ninja Steel to help them take on an army of enemies, made up of cloned Rangers, according to the trailers. This is eventful in another way, as well, as this will be the first time brothers Yoshi and Peter Sudarso, both blue Rangers for different teams, have appeared on screen together to battle evil. This special does raise several questions within the Power Rangers continuity, but with the existence of multiverse travel confirmed in the comics by Shattered Grid, it’s possible some of those questions may even be answered within the episode itself. Dino Charge and RPM each exist in their own realities, with RPM being a fusion of Terminator and Mad Max, while Dino Charge’s second season ended on the Rangers undoing the extinction of the dinosaurs, thus changing anything that would come after.

With multiple universes worth of Rangers coming together, we are sure to be in for a good time when this episode premieres. Look for the 25th anniversary special of Power Rangers to air in a special time slot, 8pm EDT / 1am BST on Tuesday August 28th.

Are you excited for this episode and what it could mean for the franchise as a whole? Leave your thoughts below and let’s discuss!