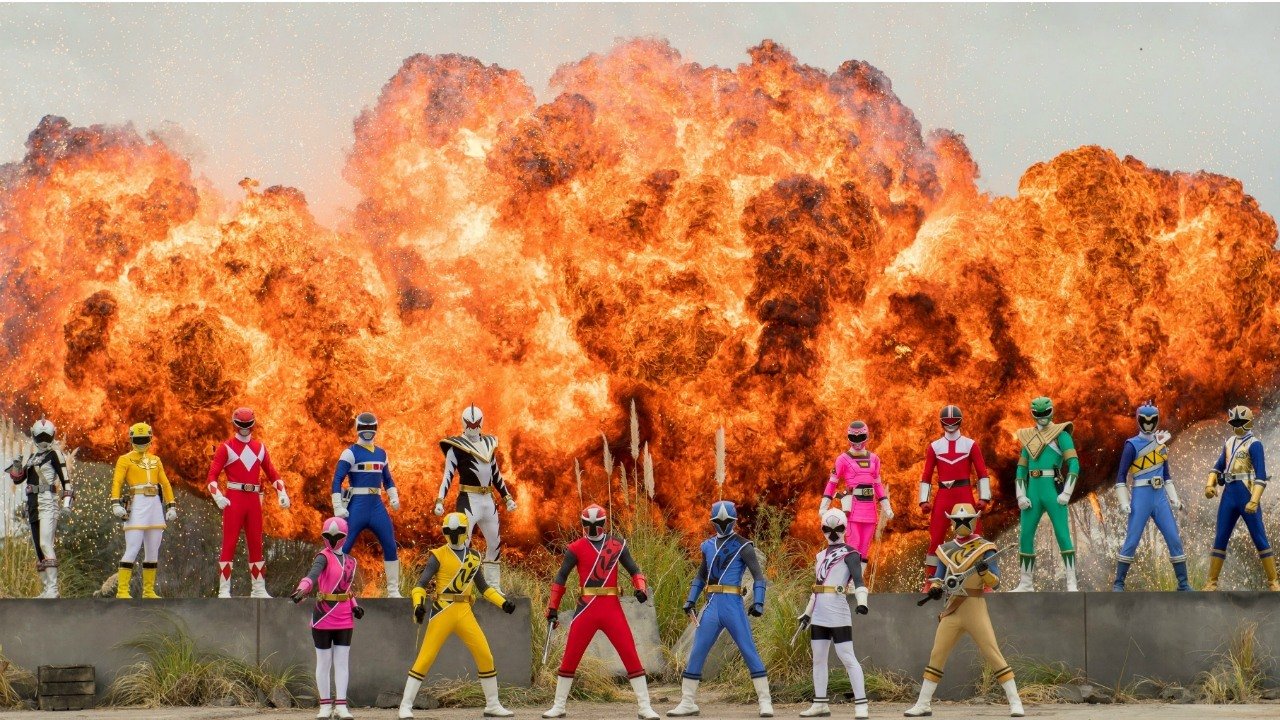 Last night was a big night. August 28th, 2018, the 25th anniversary of Power Rangers. With this remarkable milestone in franchise history, we got a crossover special focusing on a blending of new and old that worked well, mostly.

Overall, this episode is well-plotted and answers a lot of questions that have been lingering in the fan base for years, while confirming a few fan theories as well. Much of the episode focuses on the legacy of Tommy Oliver, the legendary Ranger who inspired so many others that came after, including using Tommy as both a villain and a rallying point. The setup of the episode involves a new villain, Lord Drayvon, who is trying to shatter the barriers in the multiverse using three Mega Arrows crafted by the primary villain of Super Ninja Steel, Madame Odius, in an attempt to build an army of Ranger robots and conquer each Ranger-inhabited dimension.

Our team for this reunion is made up of the entire Super Ninja Steel team, as well as the following returning Rangers:

Left to Right: Jeff Parazzo, Steve Cardenas, Li Ming Hu, Selwyn Ward, Steven Skylar, Ciara Hanna, Jason David Frank, William Shewfelt, Jordi Webber, Peter Sudarso, Yoshi Sudarso, Jason Faunt, Nico Greetham, Hayley Robbins, Chrysti Ane, Catherine SutherlandOver the course of the episode, we are treated to a great deal of action and teamwork, with most of the action footage of the Super Ninja Steel Rangers on their own having been lifted from Shuriken Sentai Ninninger: The Movie. The rest of the team scenes, or unmorphed scenes, are set in interiors or use a backdrop of flat gray walls and small areas, which serve the fight choreography extremely well. While not all the returning Rangers get a great deal of screen time, each has a purpose in the episode and all of them come together at the end to work with the Super Ninja Steel team.

Without giving too much away, Tommy is able to play four out of his five previous Ranger forms in this episode, and we even get a well put together Tommy VS Tommy fight at one point, capped off by a larger battle between the thirteen Rangers and the Robot Ranger army controlled by Lord Drayvon. For the amount of material they had to work with in this episode, however, 23 minutes is simply not enough time. At points, it felt a bit rushed, certain plot points seemingly glossed over. The episode did answer many questions, though, such as confirming at long last that Dino Charge and RPM are indeed separate realities from the rest of the Power Rangers franchise.

In addition, in the opening moments we learn that Tommy Oliver now has a son named JJ, though JJ himself and his mother are not seen on screen. From the location of Tommy’s home in Reefside, there a few possibilities as to the identity of JJ’s mother, including Kimberly Hart or potentially even Elsa or Hayley, from Dino Thunder. In addition, JJ’s existence in the main continuity creates an additional possible link to the upcoming graphic novel Soul of the Dragon, which has often been called the “Power Rangers version of Old Man Logan.”

As stated by both Wes and Gemma, though, interdimensional travel is possible via the Morphin’ Grid, creating a possible link to the comics continuity and the story Shattered Grid as well. Could this mean Hasbro is laying the groundwork for the next film to tie all the universes together via an adaptation of Shattered Grid? It may be a bit early to tell, but one thing is for certain: Hasbro has big things in the works for our beloved franchise once they officially take full control with Power Rangers Beast Morphers, which is currently shooting and set to premiere in early 2019.

Overall, I liked this episode and found it a fitting, if rushed, way to celebrate a 25-year history that is still being written and make sure the old Rangers return.

What did you think of this episode? Leave your thoughts and let’s discuss!