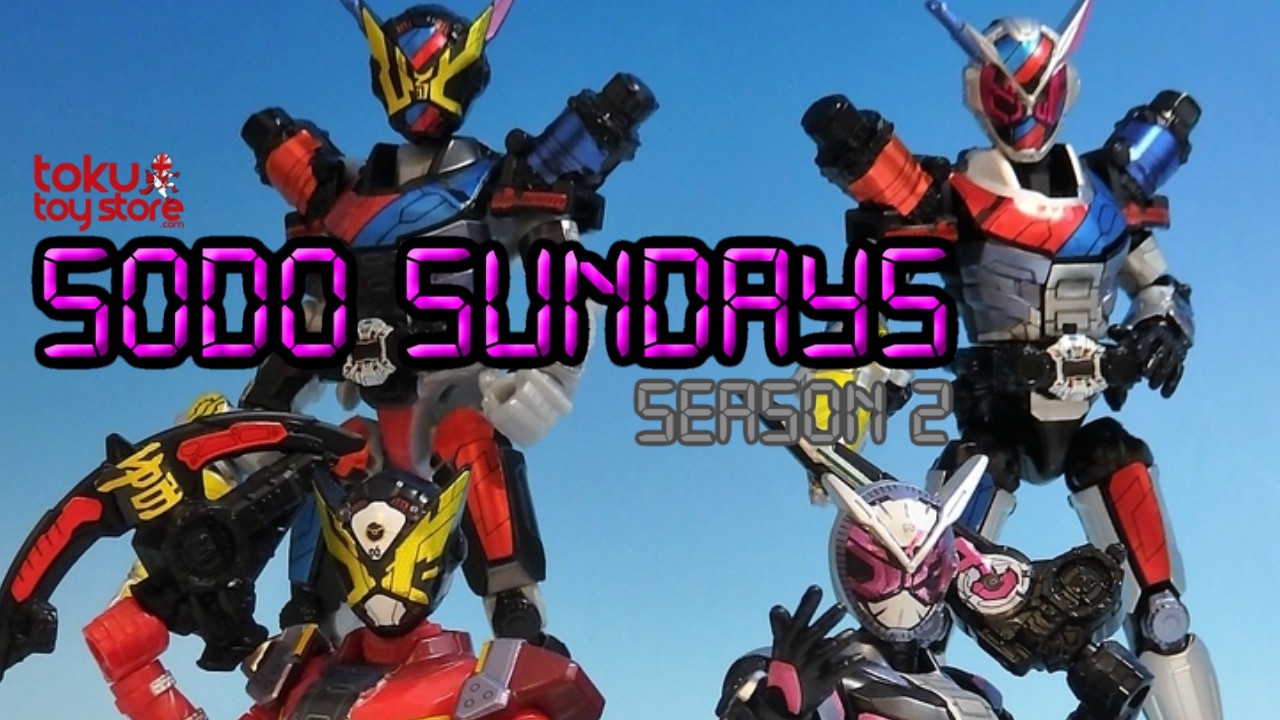 After the reveal of the Zi-O figure last time, the secondary Rider Kamen Rider Geiz has been announced to join the first set of SODO figures for Zi-O. Also coming with different hands and his Zikan Zaxe Geiz comes with his version of everything Zi-O did. As well as a stand for him.

But that’s not it for figures… Both Zi-O and Geiz are getting a blank body figure meant to be used for the different Legend Rider armours in the show.

The first Legend Rider armour to make use of these new blank forms is the Build Armour. This armour pack will include a stand as well as all the pieces to make the Build form for either Zi-O or Geiz.

With all that the full 7 figure lineup for Zi-O Set 1 has been revealed!

Keep your eyes open for next time as another Rider armor might be on the way….

As always you can watch SODO Sundays Season 2, Episode 2 here: