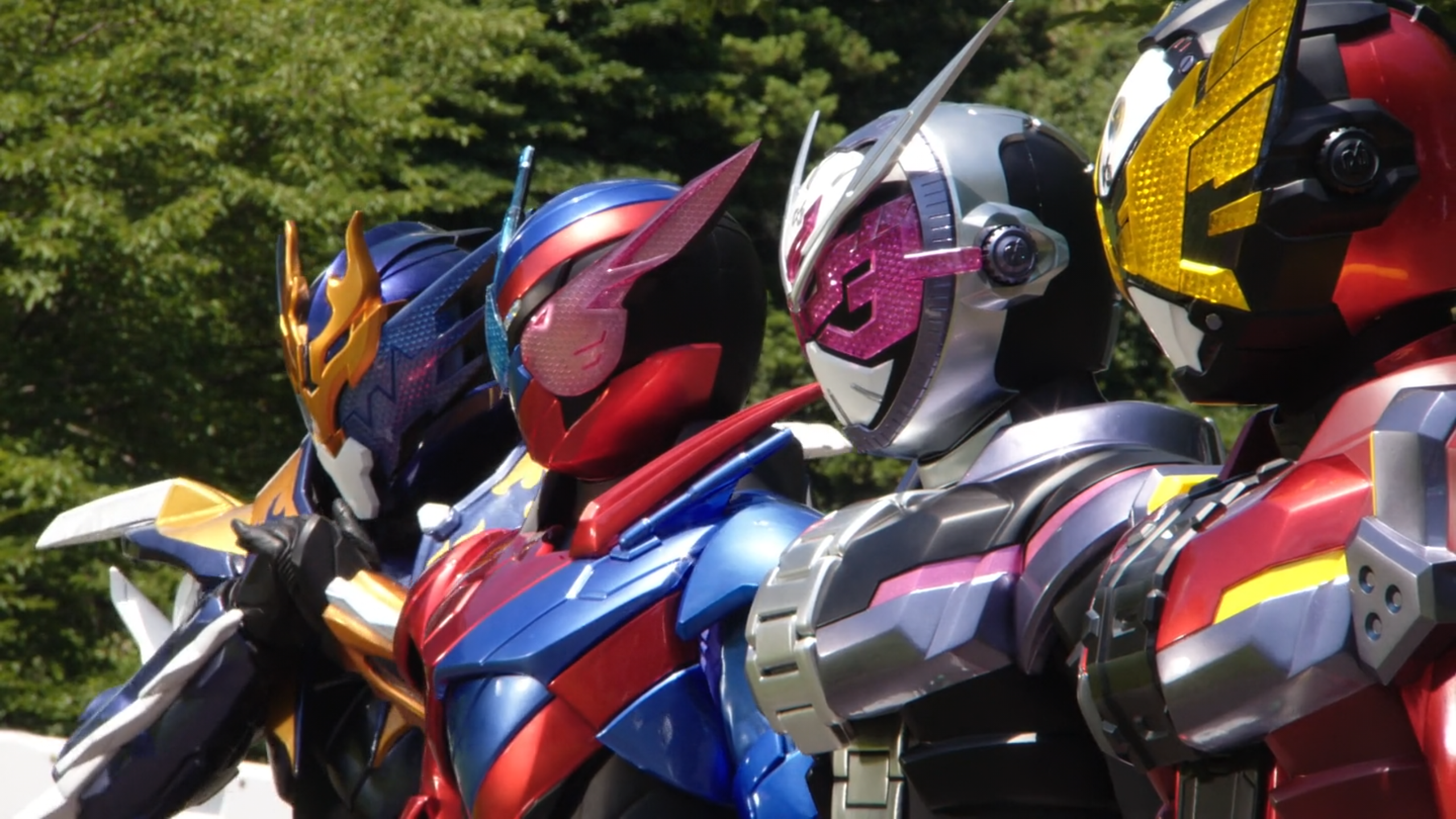 Kamen Rider Zi-O is off to a running start so far, cramming character development, lore, and more into just the first episode. Now, following up on that fantastic debut, the show is in full swing with no signs of slowing down.

This second episode focuses heavily on Build, Cross-Z, and the impact of time travel on history. Another Build makes a return, and a new Rider Armour makes a debut. Just like before, this episode is packed, but the emphasis is heavy on action this time around.

When Another Build returns, this time with a regeneration ability, Sougo and Geiz have a tough time taking it on. Continually absorbing powers, Another Build becomes so strong that it is unbeatable. This takes about a year, beginning in 2017 in Build’s timeline, and after a brief combat encounter, Sougo and Geiz time travel back to 2017 to stop Another Build from gaining that power. Thankfully, the consequences of time travel are at the forefront here, as both Sougo and Geiz end up using powers drawn from Sento and Banjou, in the form of the Build and Cross-Z Ride Watches. One of the biggest questions they end up asking after, though, is how Sougo got the watches in the first place.

This is explained, expertly, in the form of a temporal causality loop, presented as follows:

Overall, this episode is excellently crafted, heavy on well choreographed action scenes, and shows that the series is not afraid to tackle high-concept ideas in science fiction. This keeps the bar set high for the rest of the series, and with the next episode focusing on Ex-Aid, we are off to a strong start that will carry forward for the whole run of Zi-O, in the best case.

Who would have thought the future Demon King of the human race would be bad at video games? Shortly after Geiz and Tsukuyomi rent out the spare room in Sougo’s house, one of Sougo’s friends falls ill while playing an “Unbeatable” game on his GENM-branded game system. The game? Mighty Action X.  Following advice from Woz, Sougo takes his friend to the Seito University hospital, where they meet the genius surgeon, Kagami Hiro, who tells them the symptoms Sougo’s friend has are increasingly common, but the cause is unknown. No mention of Game Syndrome is made, but a link to Mighty Action X is suspected. Based on this, it’s safe to assume Sougo arrives somewhere towards the beginning of the Ex-Aid timeline.

As they begin to do more and more research, they are finally confronted by Another Ex-Aid, whose design is equal parts lazy, clever, and hilarious. The comparison has been made endlessly, up to this point, but I will include it here. Another Ex-Aid uses elements of Ex-Aid’s level 2 form and his final form, Hyper Muteki, to make something that looks a bit like The Predator, from the film series of the same name. Before they make too much more progress, though, they need more information and return to the hospital.

It’s here that another of the easter eggs in this episode pops up, as they find the Genius Gamer M’s notes about Mighty Action X on the desk of pediatric doctor Hojo Emu, whom veteran fans will know better as Kamen Rider Ex-Aid. The notes are written in German, instructions for inputs on the game that translate to the Konami Code. When Sougo uses the notes, he clears level one of Mighty Action X, and they end up sucked into the game.

It’s here we meet Emu, and then the episode ends on a cliffhanger, getting ready for a fight. Overall, this episode is fantastic like the previous ones, but ends rather abruptly after building a great deal of excitement. Episode 4 will continue the Ex-Aid arc, followed by a combined Faiz and Fourze arc for episodes five and six.

What did you think of these episodes? Is Zi-O everything you hoped it would be? Leave your thoughts and let’s discuss!