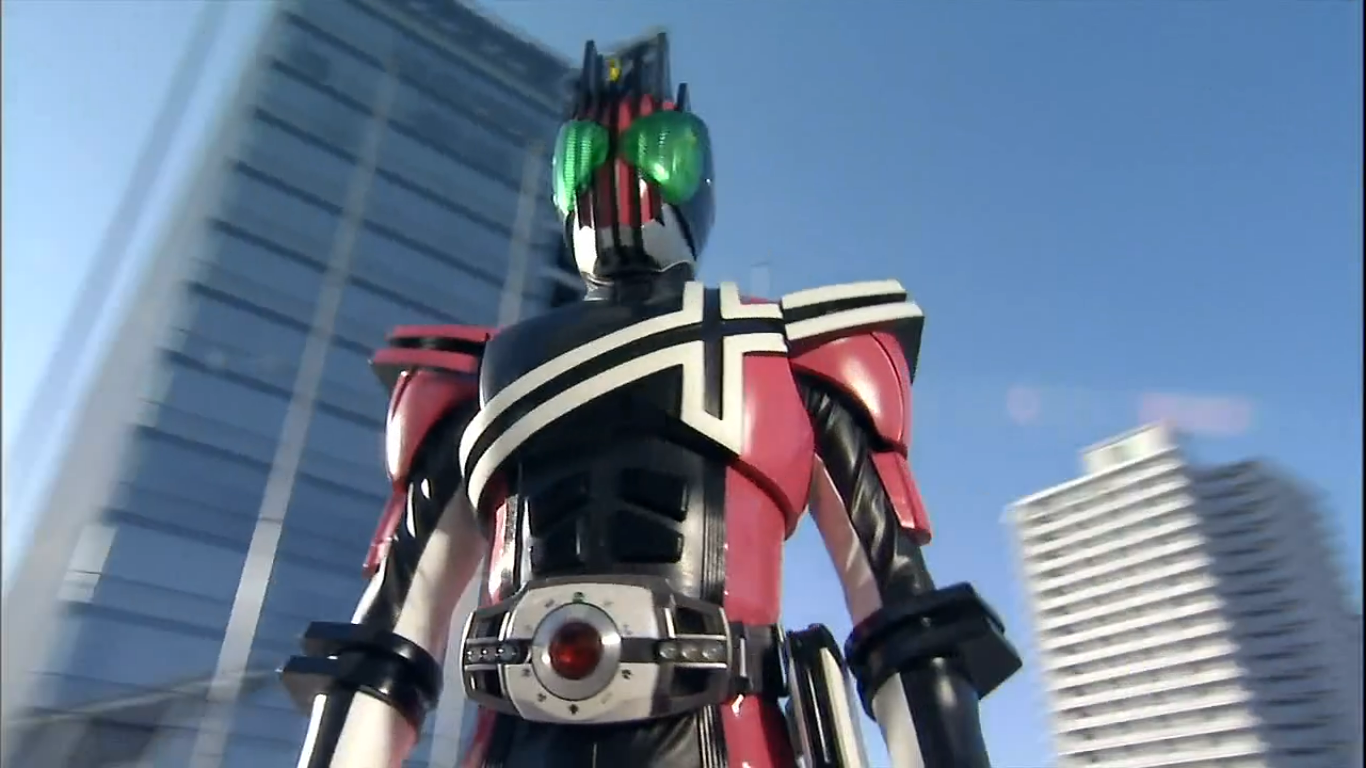 A little over 10 years ago, we were given one of the first Kamen Rider anniversary series. Kamen Rider Decade gave us a look back through ten years worth of Riders, and how their stories evolved the franchise into what it is today.

With another anniversary series currently airing, it seems appropriate we take another look back over the years, but this time we look at the Drivers, how they’ve progressed in terms of technology and gimmick, and if they still hold as much charm today as they did back then.

Starting today we have the Decadriver, the primary Henshin device of Kamen Rider Decade.

Small and sleek, the Driver kept things simple, while also being quite pleasing to the eye. With a white centre and a very nice gun metal mount that contrast beautifully against the black waistline of the suit.

The Decadriver is the third Driver, following Ryuki and Blade, to use the card system, this time scanning barcodes down the side.

To use the Driver, simply pull on either side of the mount, the core will rotate and lock into place. Once in this position, simply slide a card in the top and you’ll be greeted with a nice, loud callout that announces the type of card entered.

The Final Form cards show images of the Rider the card belongs to, along with an altered form of said Rider, usually where they’ve been turned into a weapon or vehicle.

These forms are used by Decade in the second episode each Rider appears in. Blade for example, becomes his own sword, where Agito becomes his bike in glider mode. Though as a one off, when Final Form Ride W was used, it split Cyclone/Joker into Cyclone/Cyclone and Joker/Joker, essentially creatng a second Rider.

The Attack and Final Attack cards are a little different, instead of an alternate form of the Rider, the Attack cards show an image of the attack in motion, such as Decades “Attack Ride Slash” showing Decade swinging his sword.

Now though, the Final Attack Ride cards are something special. Each card features a glossy gold logo of the Rider it belongs to, on a deep dark blue background. During the callout these cards trigger, the voice stutters for dramatic effect, for example “Final Attack Ride R-R-R-R-R-Ryuki”.

Moving along, lets see how the tech holds up.

Turning the core of the Driver over, you’ll find two screws to the left and right side, opening these panels up will allow you to insert a pair of AAA batteries. once in just screw the panels back on and hit the power switch on the bottom.

The mechanics for the physical operation are relatively simple, on the back of the core there is a small switch, this is pressed when the driver spins as you open/close the mount, this plays a sound to show the Driver is turning.

While not as advanced in terms of electronics, it features a set of LED lights in the card scanner which light up around the window, showing off the Rider logo of the inserted card.

Even coming up to 10 years old, in my opinion this Driver still has a place up there with the most recent ones such as Ex-Aid or Drive.

It’s worth noting however, that over time, and with prolonged use, the scanner in the Drivers core can become rather twitchy. Sometimes misreading cards, giving errors, or in some more extreme cases failing entirely. But even if that should happen, be honest, you’d still have an amazing display piece on your shelf.