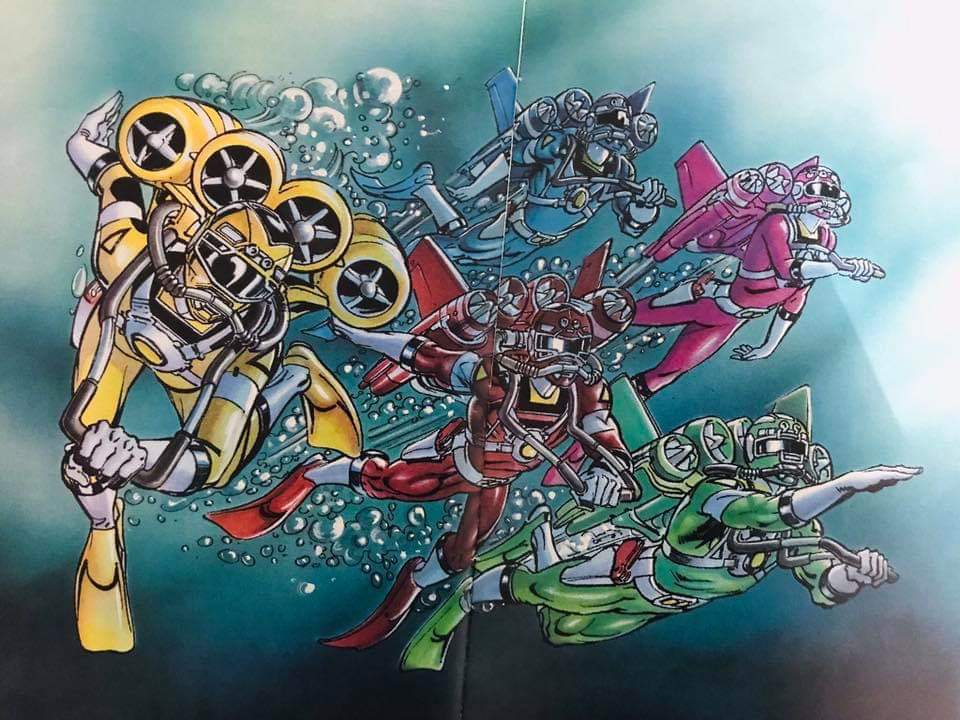 While most of us in the United Kingdom slept last night, Ranger Nation was treated something special from the second Power Rangers film, Turbo: A Power Rangers Movie.

Jackie Marchand worked on Power Rangers from Mighty Morphin’ Season 3 to Time Force, and then again for the Disney era from Ninja Storm through to RPM. Marchand, while a fan of the Super Sentai series, was known for being against Power Rangers sticking rigidly to Sentai storylines and would routinely seek to add elements that would separate Power Rangers from its Japanese counterpart. These concept drawings seem to be an example of that.

You can view the concept art below:

While there was no mention of where in the movie these suits would have been used, you could speculate that they might have been used to storm Divatox’s submarine or to approach Maligore’s island without their Turbo zords.

What do you think of the concept drawings? Would you have liked to see them in the Turbo movie? Join the conversation on social media!