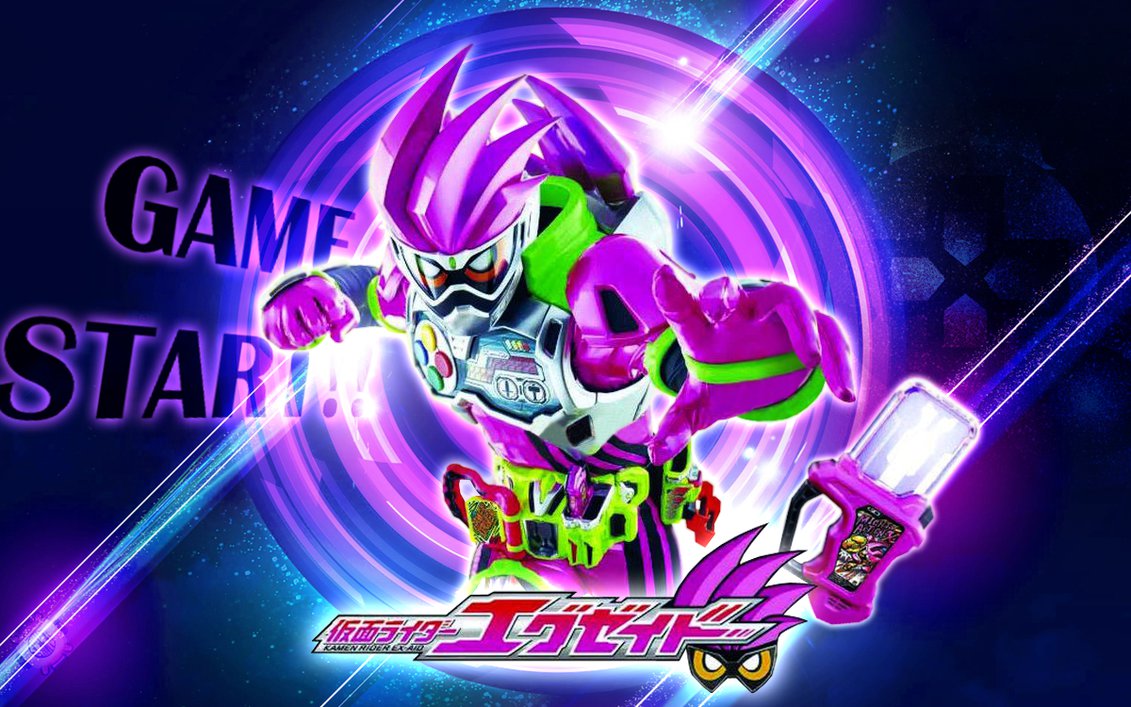 A little over 10 years ago, we were given one of the first Kamen Rider anniversary series. Kamen Rider Decade gave us a look back through ten years worth of Riders, and how their stories evolved the franchise into what it is today. With another anniversary series currently airing, it seems appropriate we take another look back over the years, but this time we look at the Drivers, how they’ve progressed in terms of technology and gimmick, and if they still hold as much charm today as they did back then.

To close out our Anniversary Reviews, we have the Gamer Driver from Kamen Rider Ex-Aid!

Now I’m going to start by saying that I hated this Driver and the series when it first aired. I’m from a time when Riders were dark and broody, with occasional murder and mayhem. It wasn’t until a year after, when Build was ending, that I was bored one day, cleared everything on my to-do list, and thought “it’ll kill an hour or so”.

Three days later, I’d finished the series and all the movies, and had this thing on order…

So there you have it folks! Don’t judge a series by how brightly coloured the Rider is! Or by the fact it has a gaming theme… which actually turned out to be pretty great!

Onto, the Driver. It’s bright green, with shades of pink and trim in silver with black detailing. The Driver features one big handle on one side and a gaping hole on the other. When opening the handle, by pulling it out to the side, you have a big sticker on the inside of it with “GAMER DRIVER” in big spray-painty writing; you can now see what I refer to as the “Rider Window”. Through this window, you’ll see the Rider form inserted into that big hole. This is accomplished by a series of mirrors and a light up Gashat, the main gimmick of the series.

The Gashats are game themed gimmicks used to transform into the Rider, and subsequently install add-ons (yay game terminology!). It’s hard for me to describe exactly what the Gashats remind me of… but they’re really quite pretty! Not as pretty as OOO Medals… but what is?

Standard ones are the most used, one goes into each slot on the right side of the Gamer Driver, in the left slot will be the Rider form, in the right the add-on. Dual have three forms, one game per Gashat (eg: Mighty Brothers XX), two games per Gashat (eg: Taddle Fantasy / Bang Bang Simulations) or the Mighty Gashats. In all cases, the Dual Gashats (often referred to as Dual Gears) take up both slots. The Trophies are just smaller versions of the Standard Gashats, same functions, but simpler, with smaller “cartridges” on them, in toy terms, they function like SG/Gasha versions, with basic sounds, no lights and bare minimum of Driver interface.

All Gashats work the same kind of way, that being a 3 button interface and a light up “cartridge” that inserts into the Driver.

To start, press the black button, you’ll get the Gashats call out, insert it into the Driver and you’ll hear “Gashatto” (roughly meaning Click and Load), followed by the standard Rider jingle, which everyone gets. After the jingle (“Let’s Game! Mecha Game! Mucha Game! What’s your name?! I’m a Kamen Rider!”), open the Driver by pulling on the handle, you’ll then be greeted by “Gachan! (an onomatopoeic sound for opening) Level up!” and another jingle, along with a lit up Driver as the Gashats light is triggered.

The two buttons on the opposite side of the Gashat to the black button are triggered by the Driver. Depending on the order they are pressed, you’ll either get the level up sounds for the Driver, or the special attacks.

There are pegs at the back of the Gashat slot on the Driver, two static pegs and two that move. The static pegs trigger the henshin sound as the Gashats are inserted, the other two are triggered when the Driver is opened.

With the Dual Gashats, there is only the one set of buttons on them, so while they take both slots, only one side triggers them. In the case of Dual Gears Alpha and Beta (Knockout Fighter/Perfect Puzzle and Taddle Fantasy/Bang Bang Simulations) the desired game is chosen by twisting the switch on the front before inserting it into the Driver (or in Knockout/Puzzles case, the belt holder, as inserting that Gashat into the Gamer Driver will give you Perfect Knockout).

The sounds all come from the Gashats, so obviously are reliant on battery strength. If you’ve just pulled the tab on a brand new one, expect it to be a LOT louder than one you’ve been Henshining away with for months.

Overall, this Driver rocks; really cant say it any other way. While the colours can be off-putting at first, they’ve really grown on me! From the fear inducing Dangerous Zombie to the cuteness overload that is Tokimeki Crisis, this Driver really caters to most Rider fans. Especially when you throw in all the Legend Gashats that cover all main Riders from Kuuga to Ex-Aid himself, with a special appearance by Ichigo! I mean, really, couldn’t have a Legend gimmick set without Ichigo. Remember, if it wasn’t for him, you wouldn’t be reading this right now!

In terms of downsides, make sure you keep your Driver, especially the Gashat slot clean, if those pegs get gunked up with something (mine was second hand, appeared to have half a pot noodle spilled down there!) things won’t work so well! It can also be quite time consuming to clean out…

As mentioned, when the batteries start going, you’ll notice a real drop off in sound. From my own experience, even keeping a Gashat off to the side, without any buttons pressed, can somehow drain the batteries… so your best bet is to hold on to those battery tabs you always forget to pull out of things, then question why it isn’t working (Be honest, you’ve done that more than once!) and put them back in when not in use or on display.

The number of Gashats can also be a bit daunting, so if you’re a die hard collector, and got to have them all, just be aware, there is the main run of Riders and Upgrades, but there is also Proto, Special Editions with alternate paint schemes (often Chrome effect) and the Trophies. I don’t say this to put you off, just don’t be me and not realise how many would catch your eye.

With the end of this Review, I’m sorry to say, that’s all folks! I don’t physically have any more Drivers to do reviews on…

It’s been an absolute pleasure to go through these with you, and really, it gave me an excuse to nerd out a little and play around 🙂

See you next game!

Editor’s note: As Marcus alludes to above, this is the last of the Anniversary Series of Drivers reviews. With the series complete, Marcus has decided to move on from the Toku Toy Store media team. Thank you for the work that you have done for us, Marcus. I’ve personally enjoyed reading your reviews each week for the last two months. You’re welcome back any time should inspiration strike you and you find something that you feel you’d like to write about. All the very best from all of us here at Toku Toy Store!