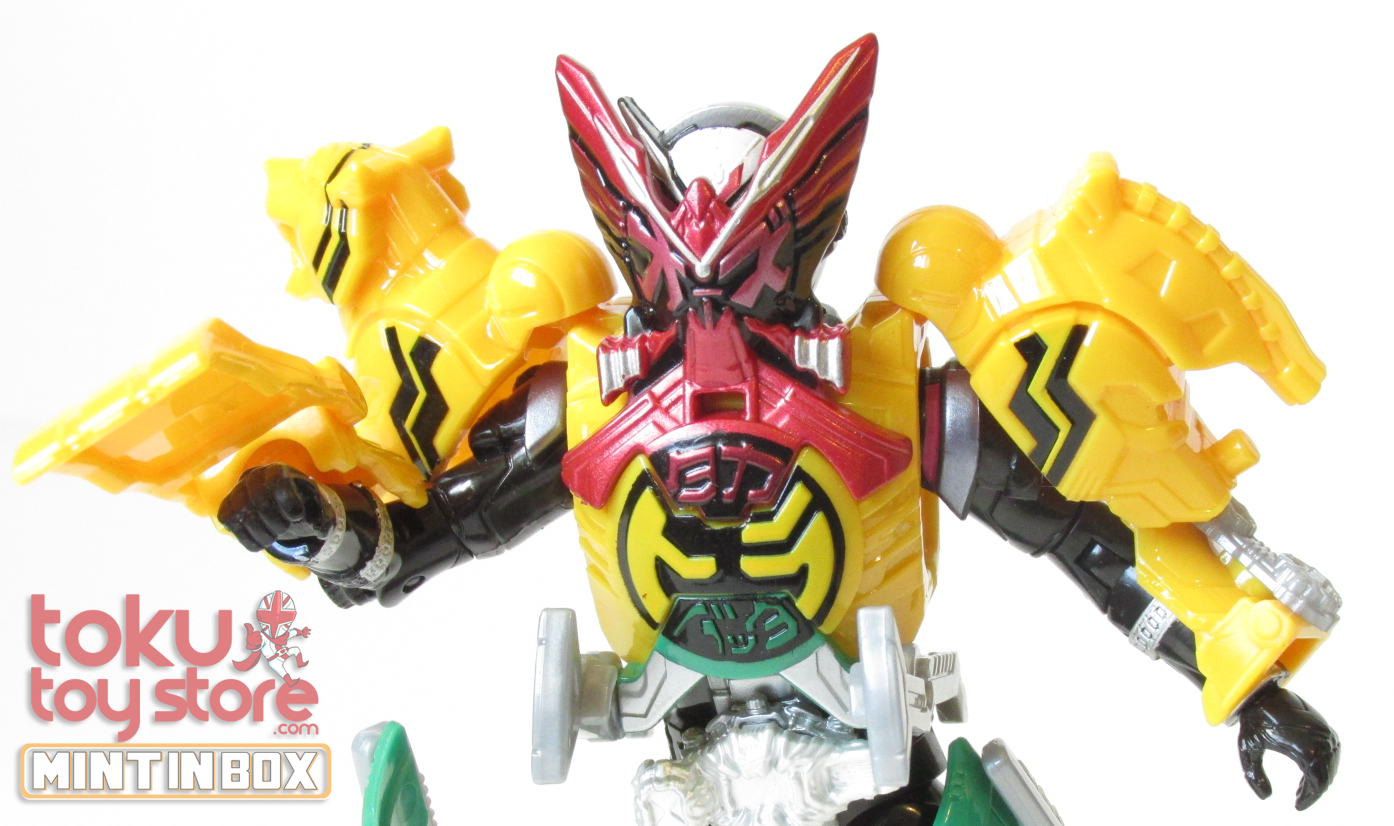 When summoned, the armor takes the form of a robotic hawk, tiger, and grasshopper before transforming into armor and attaching to the user.

In the show, depending on whether it is used by Zi–O or Geiz, its visor spells out “OOO” (オーズ) in katakana or “OOO” (おーず) in hiragana respectively, though the toy only includes a Zi-O faceplate. The armor chest-plate reads “Taka” (タカ), “Tora” (トラ), and “Batta” (バッタ).

You can watch the full review of this Rider Armor here:

Each of the Rider Armor figures is available from Toku Toy Store at £19.99 each. Stay tuned for further Rider Kicks Figure reviews and galleries!