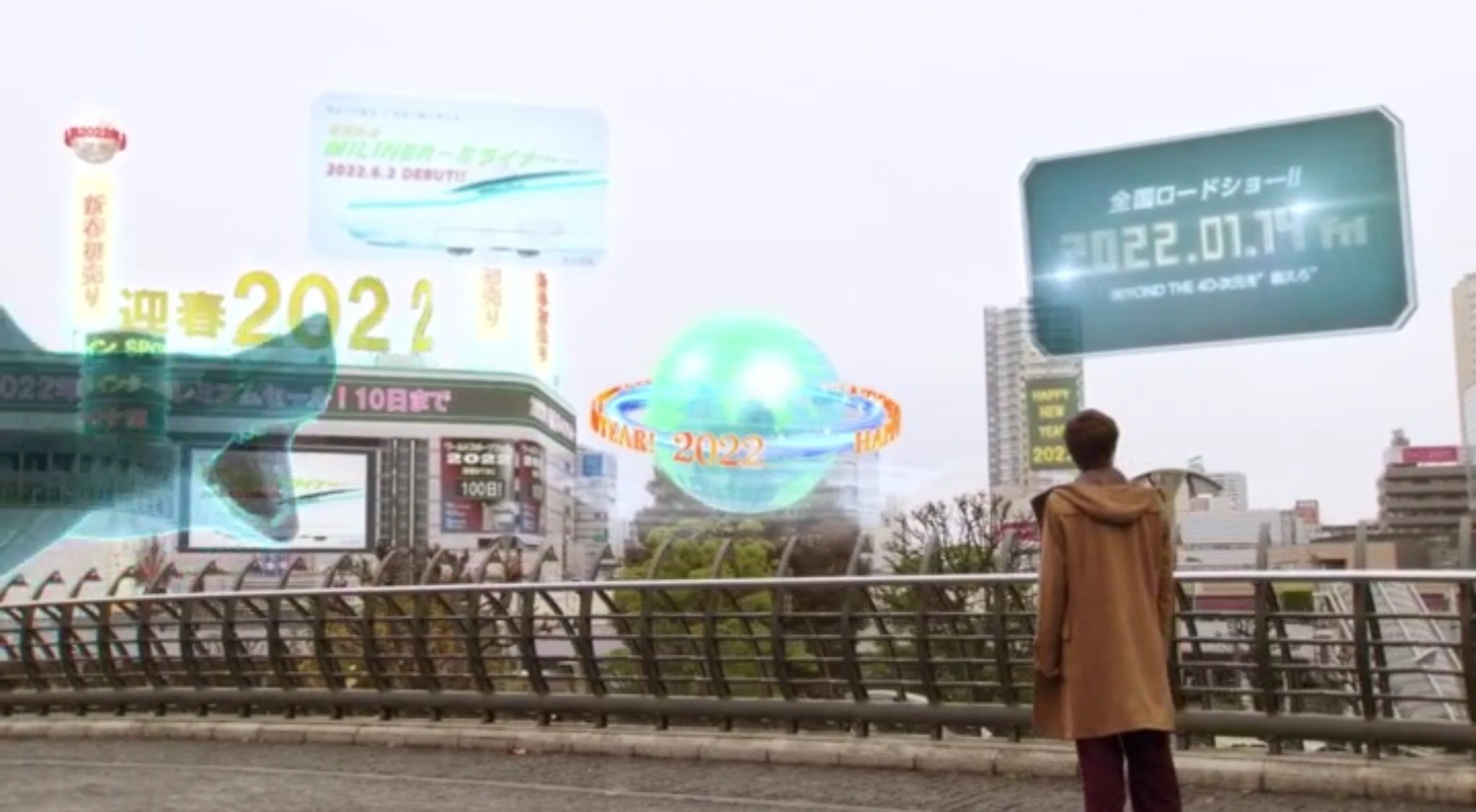 Kamen Rider Woz debuts! The police have finally begun to suspect the identities of the phantom thieves, and we get a new anime Godzilla movie courtesy of Netflix.

Picking up right after the Christmas special, Keiichiro believes (correctly) that he has figured out the identities of the Lupinrangers. He takes his findings to his colleagues, and Commander Hilltop, and begins to make his case. Tsukasa, who has been suspicious of them in the past, feels the lightbulb click on, and the pieces fall into place. For her, a lot of suspicious elements of their past escapades suddenly make sense. The Lupinrangers themselves, meanwhile, are trapped in a game show thanks to a piece of the Lupin Collection, and the show becomes a highlight reel of past episodes for both teams.

This episode contains some comedic bits, impersonations of other characters and the male Lupinrangers in drag, but otherwise is mostly light on action and substance. The biggest elements of this episode for the plot overall come at the beginning and end, by which point the Global Police have agreed to begin surveilling the Jurer trio. Keiichiro made his case, it seems, and that will be our setup for the last seven episodes, which will air between now and early March 2019, when Kishiryu Sentai Ryusoulger begins. While the police and thieves fight amongst themselves, though, the Ganglers are preparing their master plan, so it will be interesting to see how all of these different elements come together in time.

It’s new year’s day in… 2022?! Sougo meets a new Rider in the beginning of this episode, Kagura Rentaro, Kamen Rider Shinobi. Shinobi is the Rider from 2022, and also bears the identity of Another Shinobi in 2019. To set up for this episode, the show builds a new version of Woz, and manages to give him unspeakable power without really thinking logically about all of the implications after. This new Woz wears all white, and carries an e-reader like an older Kindle that he can write future predictions into, which are shown to immediately come true. White Woz, as the preview for next week calls him, uses this power to mess with not only Zi-O, but also Uhr as well, showing with devastating effect the potential he could unleash.

This left me with one very important question, though. If White Woz’s book can change the timeline directly, why not simply erase any threat from existence with a phrase written into the book, as he threatens to do to Zi-O? Any character having that level of power deflates the stakes in most situations, so hopefully this power will either have rules that are explained, or be taken away, to give the team some semblance of a struggle. When White Woz does make his first transformation at the end of the episode, he easily defeats Another Shinobi, before using a term in universe that has only been heard up to this point in the marketing.

“You will change history, Geiz Revive.” He says to Geiz, bowing the way “Green” Woz always does for Sougo. The future characters consistently mention a new idea this week, the Day of Oma, in which Sougo becomes Oma Zi-O and erases all other Riders from history . It’s implied, based on Kamen Rider Shinobi being unknown to “Green” Woz, that this day occurs before 2022. Based on the way the idea is explained, it seems White Woz comes from the future that directly follows the early events of the series, but assumes a darker end in which Sougo still succumbs to the power of Oma Zi-O.

This Oma Zi-O is defeated by Geiz’s powered up form, Geiz Revive, and the future is saved, or so Woz claims.

Only time will tell how this arc plays out, but the preview for the next episode sets up Kamen Rider Woz as a direct antagonist to Zi-O, even if he is supporting Geiz. Stay tuned for more.

After a brief period between the second and third films in the Godzilla anime trilogy, we’re finally able to watch the conclusion to this series. Like the other two films in the series, Godzilla: The Planet Eater follows the exploits of a tri-species group of humans and two other races, trying to defeat Godzilla and reclaim Earth as their home, 20,000 years after fleeing into space. The films have seemingly gone down in quality with each subsequent release, with the first featuring lots of frenetic action scenes, passable animation, and one of the better designs for Godzilla outside of live action. The second film, City on the Edge of Battle, took a dip in quality but still managed to put an interesting twist on MechaGodzilla, and now The Planet Eater seems to have mostly gone off the rails.

During the second film, our heroes stumble on a group of evolved humans, who have adapted to make a Godzilla-controlled Earth habitable, and end up taking refuge with them after the MechaGodzilla City is defeated. This third film picks up seemingly minutes after the end of the second, as people struggle to recover and put themselves back together. One of the races, called the Bilusaludo, is a technophiliac cult, and had offered themselves up as sacrifices to bond to the nanomachines that make up MechaGodzilla City, even going so far as to force humans and Exif, the third race, to join them. But where the first film focused on humans, and the second largely on the Bilusaludo, the Exif become the major players this time around.

The bulk of what plot exists in this movie is focused on the Exif, particularly a priest name Metphies, trying to summon their god via a ritual. Their god, it turns out, is classic Toho monster King Ghidorah. At least, that’s what we’re meant to believe. The film never gives us a proper look at Ghidorah, through its entire runtime. Instead, we’re treated to shadowed silhouettes of Ghidorah’s classic look, and three glowing gold ghost dragons that can only be described as being rip-offs of Shenron, from the Dragon Ball series, right down to where the appear from nothingness against a black background. Many of the themes in the film involve criticism of religion both for the believer and the skeptic, and there are a pair of minute-long sequences where the film becomes a one-frame-per-second slideshow of poorly-animated CG images.

This would be tolerable, if the final scene before the credits roll didn’t completely undo the entire trilogy. Overall, I find it impossible to recommend this film, even as an avid lover of Godzilla and Kaiju in general. If you are on the fence about this one, do not waste your time.

What did you guys think of this week’s shows? Leave a comment and let’s discuss!