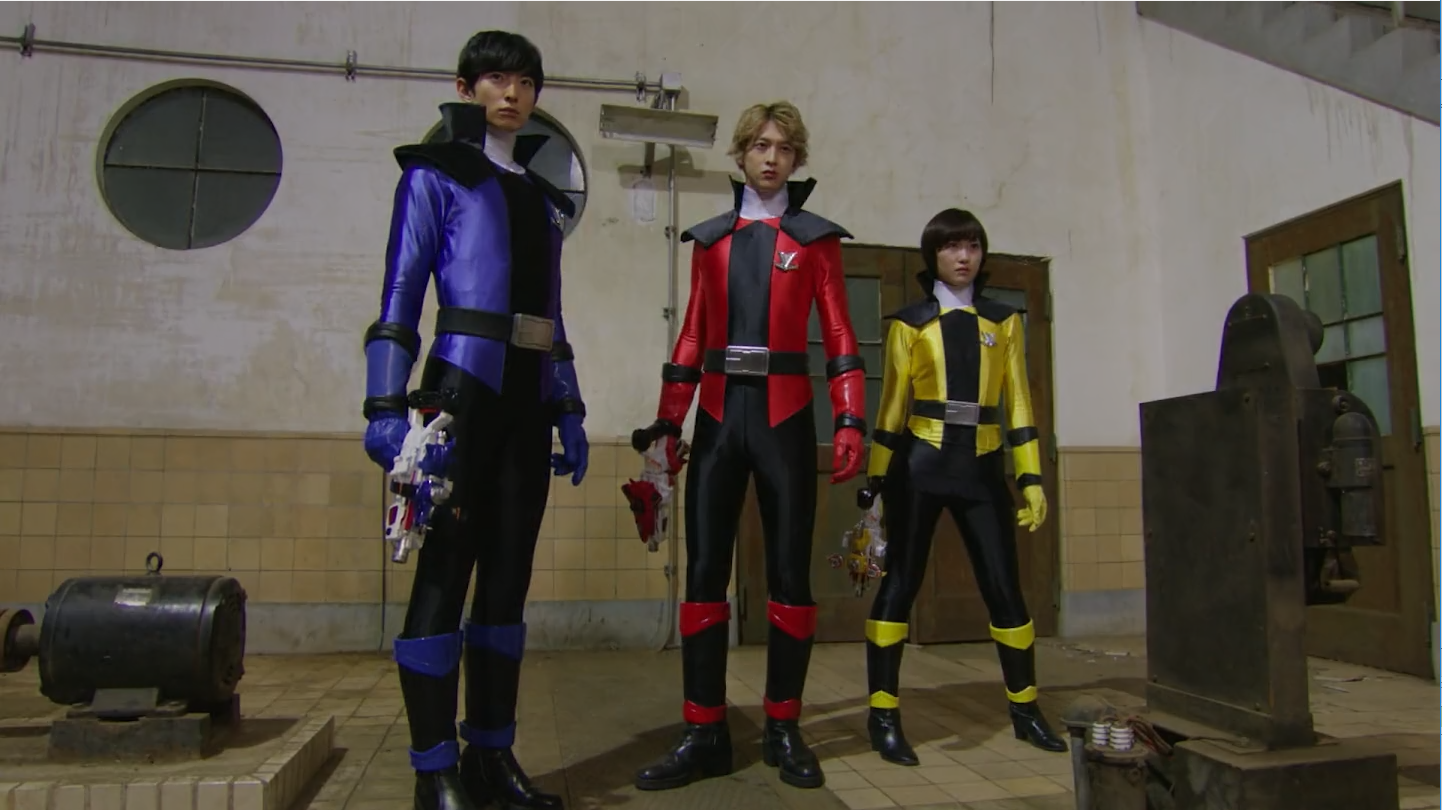 After a missed week due to hardware issues, we’re back at it with the debut of Kamen Rider Quiz, and Lupinranger vs Patoranger enters the home stretch!

Lupinranger vs Patoranger Episodes 47 and 48

The Global Police have agreed to begin conducting surveillance on the Jurer trio, and as this plan is put into action, we see a distraught Sakuya begin to act on his own. Clearly torn, he gets Umika to agree to a lunch date, while Gauche and Zamigo continue scheming. Zamigo has been upgraded, we later learn, making him even more dangerous than he already was, a worthy enemy. As in times past, Sakuya and Umika try to have a lunch date, during which Sakuya begins to ask probing questions and learn about Umika. They are interrupted by a Gangler attack, and during the attack, they are defeated, with Noel offering himself to Gauche as a sacrifice, a willing test subject for her mad surgical experiments.

Episode 48 focuses largely on the rescue attempt, with Gauche publicly goading the people of Japan and specifically the Ranger teams, displaying him weak and bound, promising a live dissection. The police see it for the obvious trap it is, and while the thieves do as well, Kogure advises against a rescue attempt. When the Lupinrangers refuse to back down, they justify it by vowing to take Gauche’s collection items. At the site of the event, Dogranio makes a personal appearance, and the police are cornered inside the trap they knew was coming.

With the police soundly defeated, the thieves make their entrance just in time to stop Gauche’s opening cut, in true dramatic fashion, and are addressed by Dogranio directly, who demands they remove their masks. With the entire affair being broadcast live over the internet and on the large displays that litter Shinjuku’s buildings, Dogranio offers a deal: Expose their identities and defeat Gauche, and Noel will be freed.

It’s Umika who has the strength to make the choice, and she is the first to act. Convincing the others to do the same, she removes her mask and hat, and the police look on. The shot is done in slow motion, with dramatic music, and much of the focus is put on the devastated reactions of the police. Clearly, up to the point of the investigation, they had considered the Jurer trio friends. When the transformation happens this time, there is a careful, deliberately extended shot of their exposed faces before the familiar helmets form.

After escaping the little trapped room, the police have the sense to turn the focus on the Ganglers, and agree to fight side by side with the thieves. Gauche is the bigger threat and they have the tactical presence of mind to know that. With the combined firepower of five regular rangers and two super rangers, they take the shot, mortally wounding Gauche. In a last ditch effort, she implants her gold safe in another Kaijin, who grows to Mecha size at once. Still unable to speak Sakuya passes off a dial fighter to Umika, and X Emperor, LupinKaiser, and Lupin Magnum take on the new creature.

In the end, the Lupinrangers decide to abandon Jurer and find another hideout, with Kogure’s help. Still devastated, Sakuya looks on in tears, and is comforted by Tsukasa.

With only three or four episodes left to go, the preview for the next one promises to leave a big impact as well, with Dogranio himself entering the fight.

Much of Zi-O episode 18 focuses on Woz, and the introduction of White Woz, as he will later be known. This extends to how White Woz interacts with Geiz in much the same way Black Woz does with Sougo. Each is trying to elevate one of our core Riders to the status of kingship or maybe even godhood, to reflect the future they come from. As before, White Woz’s eReader time manipulation becomes a central part of his fighting style, which leaves me again asking, “Where are the stakes if he can alter history by writing a phrase?”

It’s a question we still don’t have an answer to, even as episode 19 has come and gone with the debut of Kamen Rider Quiz, played by Go-Busters actor Katsuhiro Suzuki. While it is not explained how, Kamen Rider Quiz travels through time from 2040 to 2019 in search of Another Quiz, who is actually his scientist father. Each time he appears, his entry serves as an excuse for White Woz to push Geiz to defeat him. Quiz is an anomaly in one other big way, though. He and his Another Rider exist simultaneously, unlike all previous Anothers including Shinobi.

This alone rules out the timeline split being the cause of Another Quiz’s ability to exist side by side with Quiz. Hopefully more information will be provided on this in the coming weeks, but as we wrap up this episode, we see Geiz finally decide (after White Woz has forced his hand) to take on Quiz, fighting for the Quiz MiraideWatch.

Next week, we will see the fight play out as well as the debut of the W Armour.

Tokusatsu Gagaga Episode 1 review will be coming later on in week 5 of 2019. Stay tuned for more!

What did you guys think of this week’s shows? Leave a comment and let’s discuss!