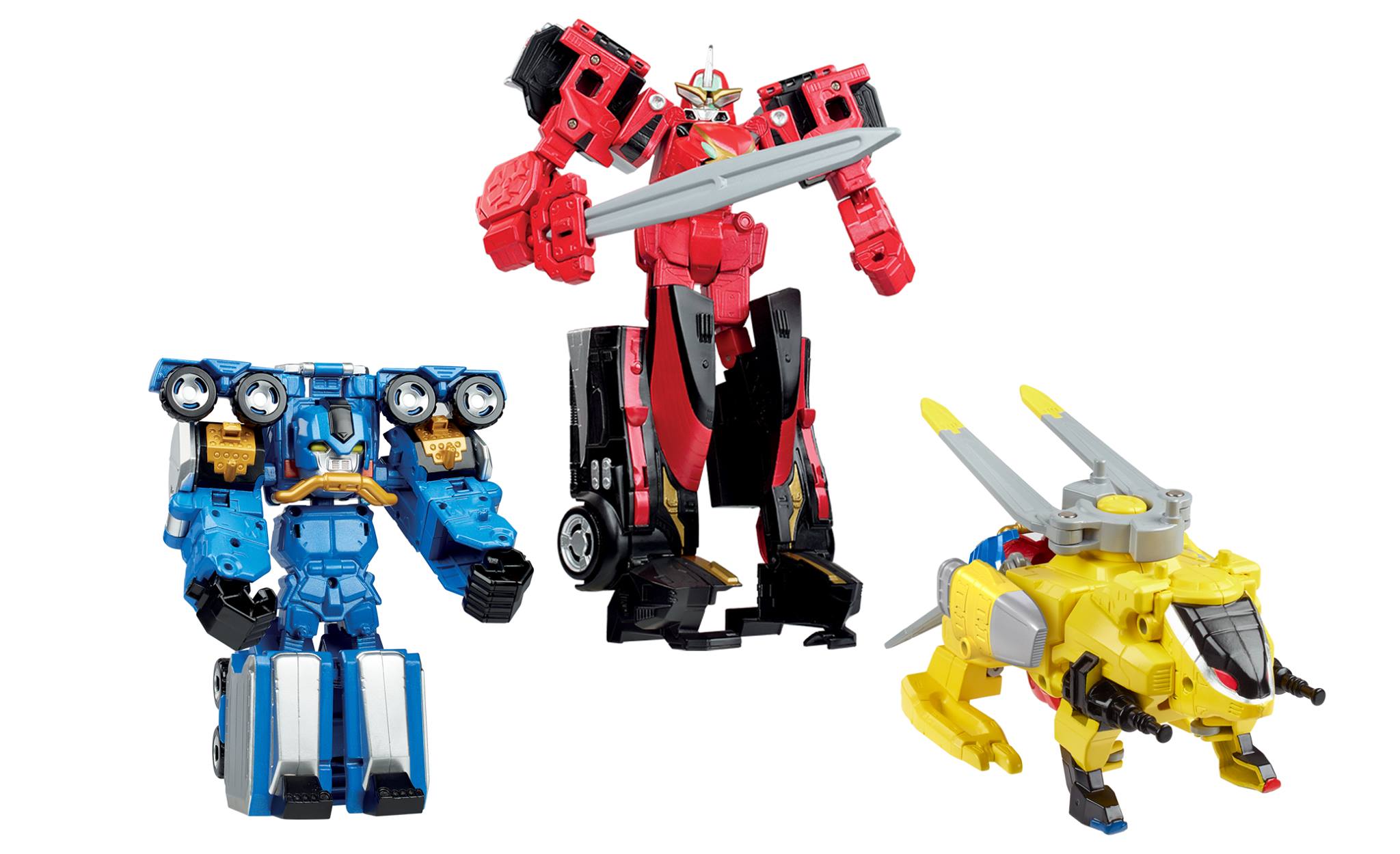 With Power Rangers Beast Morphers almost upon us, Hasbro have released further images of the new Zords and Megazord from the show, as well as a completely original toy in the Playskool line!

Following on from last week’s initial Beast Morphers reveals, we now have more details about what the new zords and Megazord will look like. As you probably appreciate by now, Power Rangers Beast Morphers marks Hasbro’s first run at making toys for the franchise and boy are they coming out swinging! In a surprise move ahead of New York Toy Fair, Hasbro have been revealing their first Power Rangers lines in dribs and drabs; last week we saw the roleplay weapons to action figures and now they have shown off the new Zords, scheduled for release this Autumn. Hasbro has already stepped up to the plate, revealing two separate Zord styles where the majority can transform twice: between animal and vehicle mode. The Red Racer has the distinction of being able to transform three time, as it can also transform into a robot on its own.

Without further ado, lets start by having a look at the Red Ranger’s Zord, the Beast Racer, in its three separate modes: vehicle, animal and robot. The Beast Racer Zord will also make up the basis for the Megazord when in robot mode.

Next up are the dual changing zords which can change between vehicle and animal modes. These include the Beast Wheeler Zord for the Blue Ranger, Beast Chopper Zord for the Yellow Ranger, as well as two mystery/not so mystery Zords (Gold and Silver *cough*), one of which is known as the Beast Jet Zord.

The Beast Wheeler in its vehicle and animal modes.

The Beast Chopper in its vehicle and animal modes.

The Beast Jet which has a vehicle form and an insect form.

The Beast Wrecker is another mysterious Zord.

For fans excited to see how the Playskool toy line will follow the Imaginext line for younger children, Hasbro also released some images of their newest addition to the collection: the legendary Red Dragon Thunderzord from Mighty Morphin’ Power Rangers. This behemoth of a Zord stands at approximately 14 inches tall and possesses lights, sounds and moving arms and wings, all of which are triggered by pressing down on the Thunderzord’s tail. If you place the exclusive Dragon Shield Red Ranger onto the Zord’s back, he reveals then unleashes hidden projectiles to defeat the bad guys. The Red Dragon Thunderzord is due for release around the same time as the Power Rangers Beast Morphers Zords, towards Autumn 2019.

What do you think of the new Zords? Are you excited to see what Hasbro release next? Let us know on our social media pages!