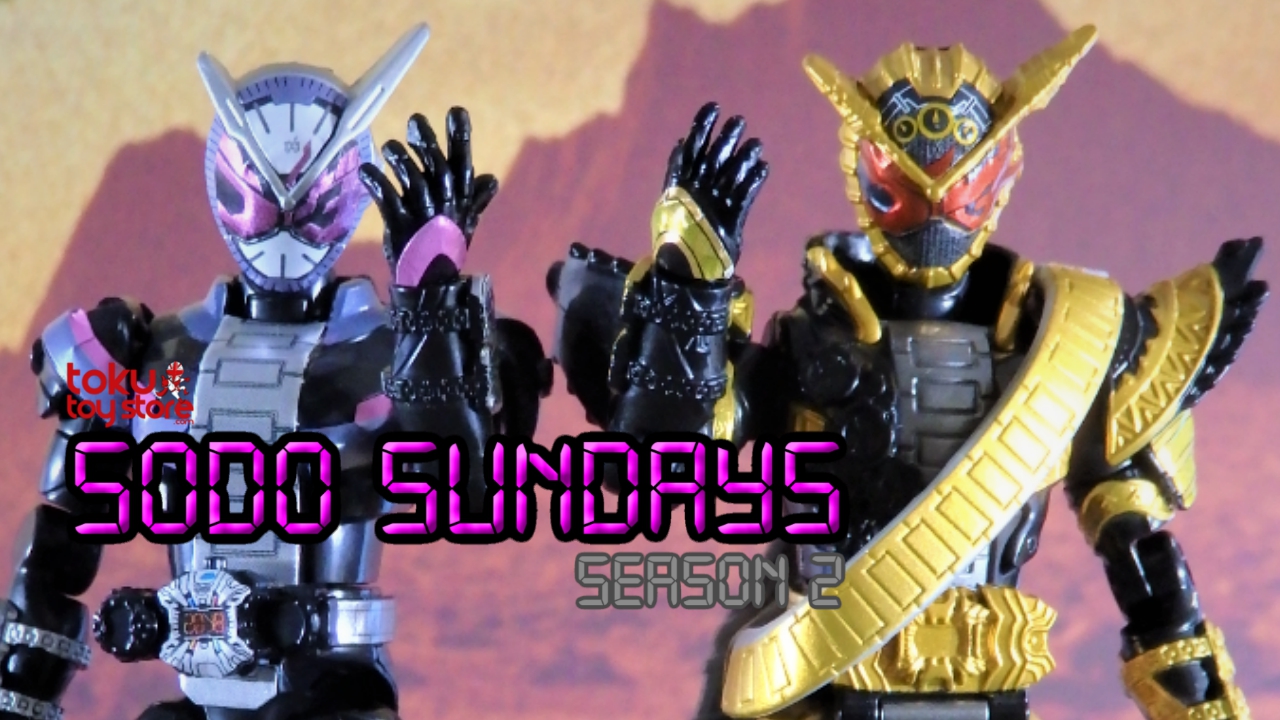 Hello, tokusatsu community! It’s Joshua Perry here to talk about SODO figures on my fortnightly series, SODO Sundays. Today, the rest of Set 7 and some teases for what’s to come.

The final figures of Set 7 have been revealed. First up is Oma Zi-O! Teased back around Christmas this figure will finally be releasing in this set. His stand confirms his name as Kamen Rider Oma Zi-O, which is the first time he’s been referred to as an official Kamen Rider.

The other final figure of the Set is Woz’s Futuring Kikai armor. The final future Rider armor Woz has used in the show will also include both versions of Zi-O II’s sword. An extra Woz body from Set 6 will be included in Set 7 for those who don’t own one yet.

A new SODO ad has teased 2 figures not shown before. First was the Zi-O Decade Armor in its Build RabbitTank Sparkling mode. Confirming that we would be getting these armors in the line. Also Cross-Z Evol from the upcoming Cross-Z V-Cinema was also shown. With SODO Set 8 being another featuring Build set this makes a lot of sense to be included in the next set.

This ad also revealed the prototypes for some Another Riders from Zi-O! Another Build, Ex-Aid, Faiz, and Gaim were shown off in the ad. No information on how many they are doing or the way they are to be released yet but stay tuned.

As always you can watch SODO Sundays Season 2, Episode 13 here: