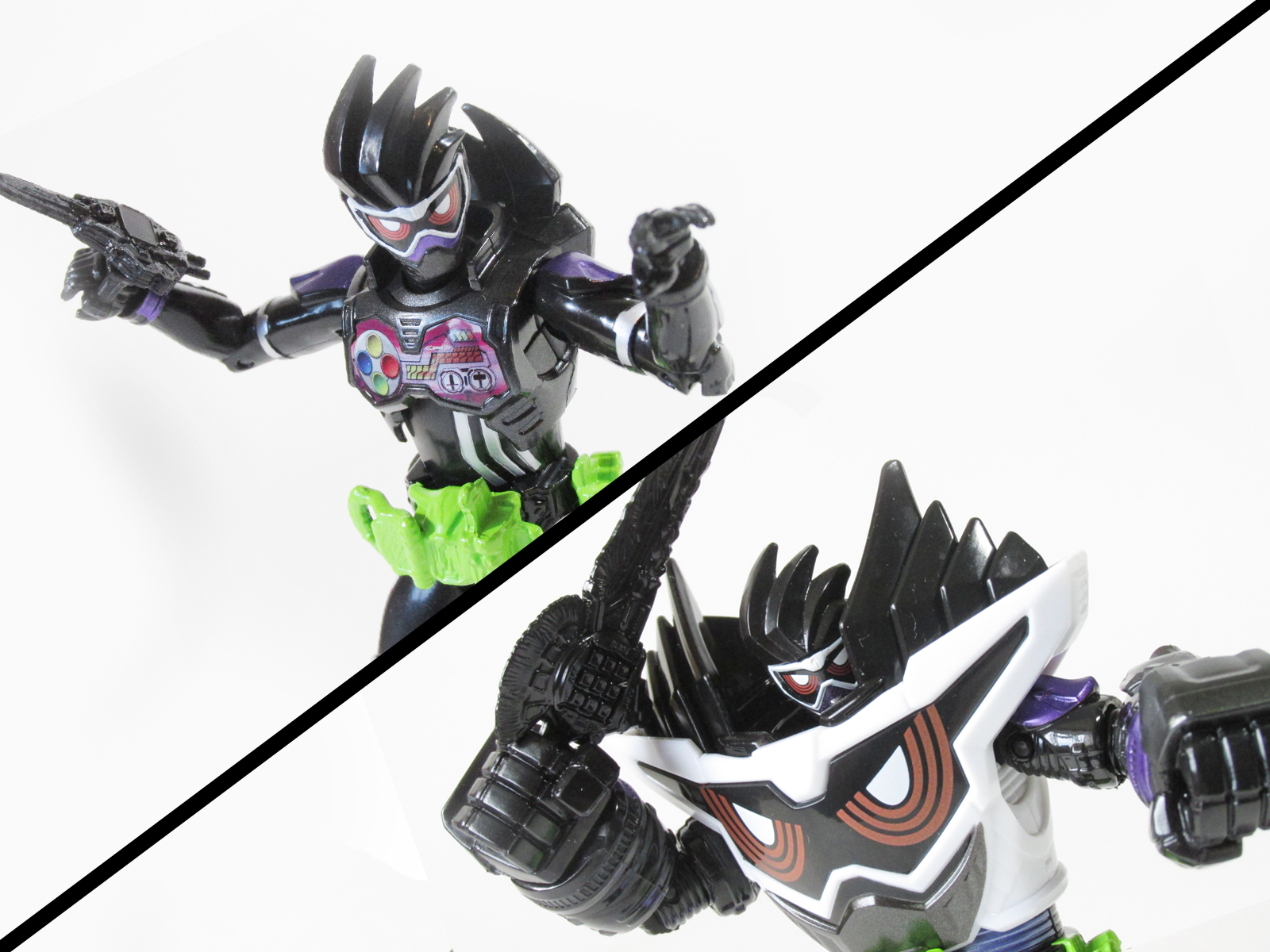 The Rider Kicks Figure series is latest in a long line of budget gimmick figures. This year’s line of Legendary Riders takes back to the long-lost past of 2016 with Kamen Rider Genm!

From ambitious CEO to sentient computer virus, Kuroto Dan (檀 黎斗) is a man of many talents and just as many personality quirks. Dan menaced the CR doctors as Kamen Rider Genm (仮面ライダーゲンム) but once he began working with them, he quickly developed various new powers, including the power of the God Maximum Level Billion armor.