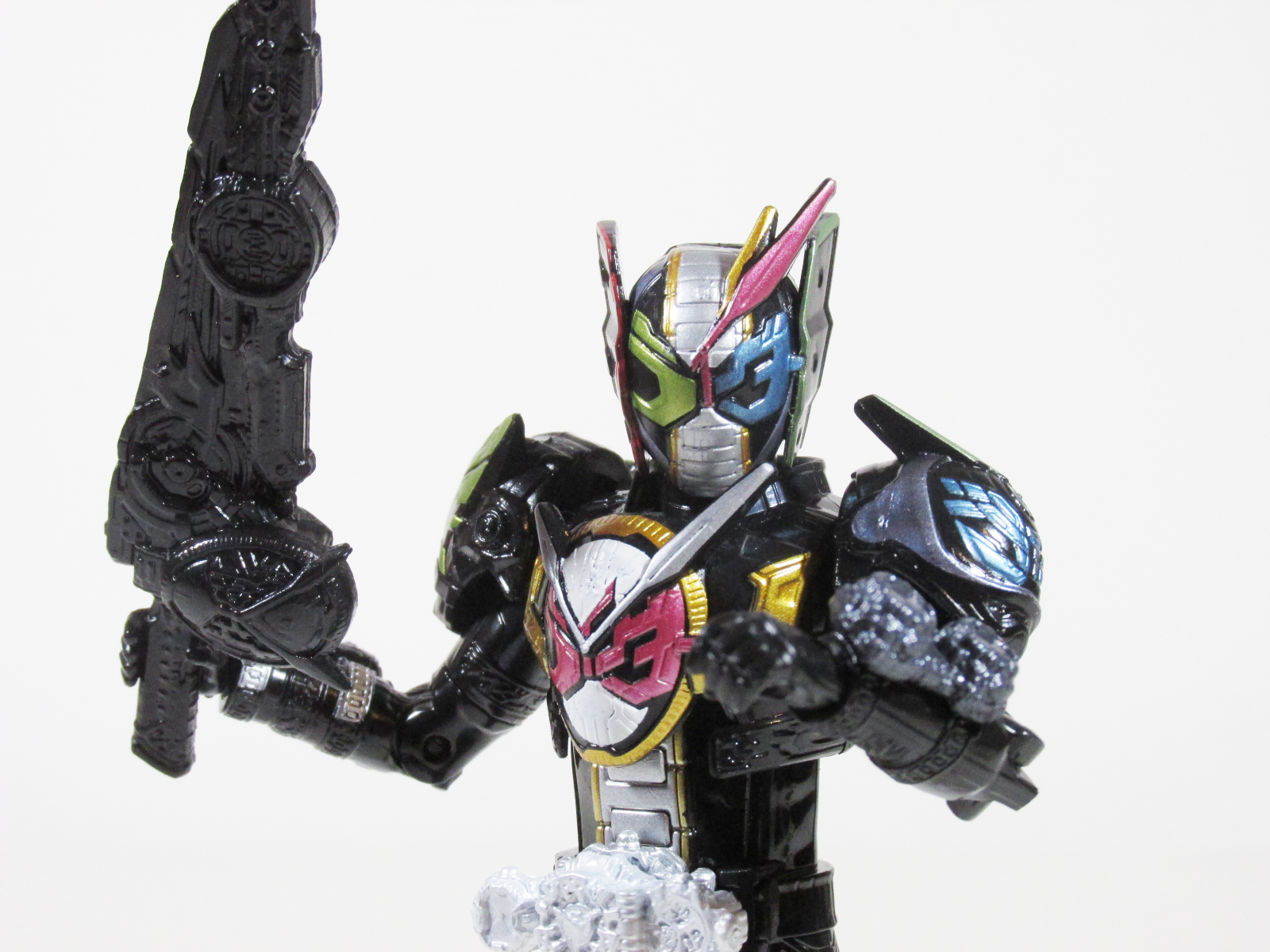 The Rider Kicks Figure series is latest in a long line of budget gimmick figures. This year’s continues the RiderArmor gimmick with an all-new compatible figure; Kamen Rider Zi-O Trinity.

To fight Another Blade, the would-be overlord Sougo Tokiwa summoned the powers of his compatriots and fused with them to become the three-in-one saviour; Kamen Rider Zi-O Trinity (仮面ライダージオウトリニティ)!

A full review of the RKF Armor Series: Kamen Rider Zi-O Trinity by Mint in Box Reviews can be viewed here: