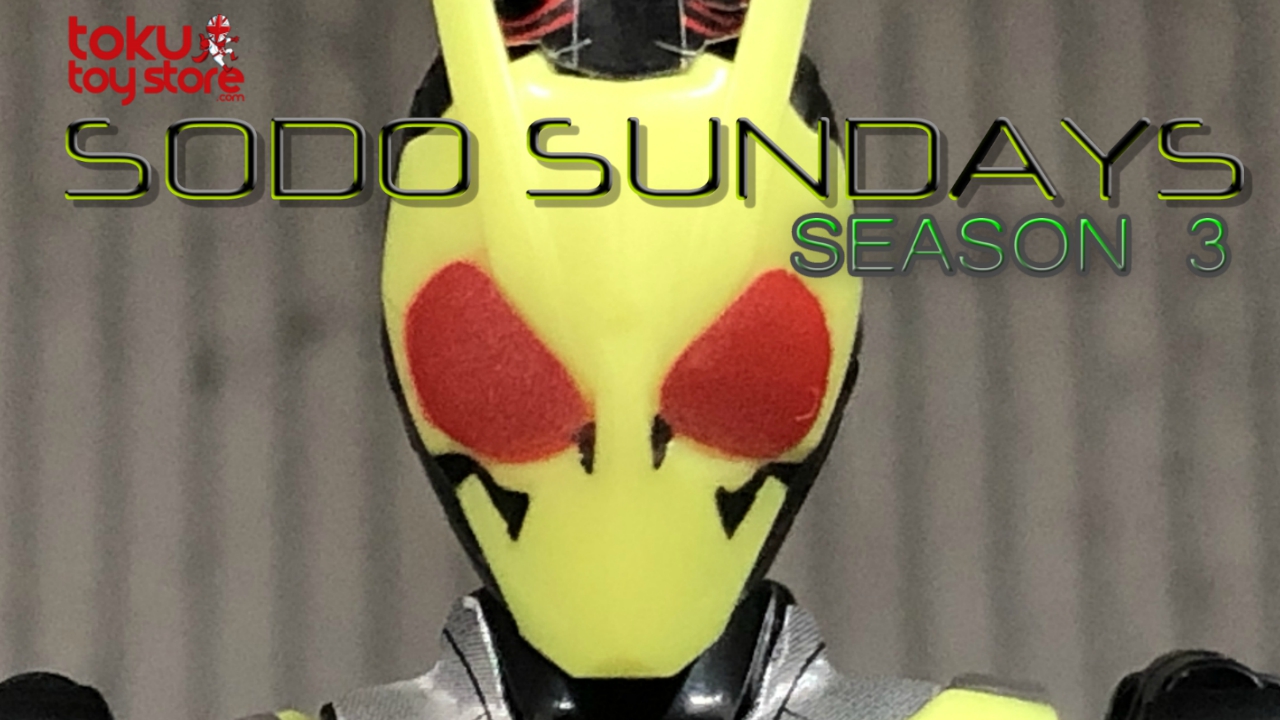 The first figure in Kamen Rider Zero-One’s SODO line has been revealed! His base form, Rising Hopper will be the first figure out in A1 01, which will release in October. SODO is changing it up this time as this figure does not feature all that many stickers!

More Zero-One figures were teased in a SODO Promo that featured more of A1 01 as well as some for AI 02. The promo also features all of the main Riders who have made it into SODO thus far, Den-O, Decade, Double, OOO, Ex-Aid, Build and Zi-O.

The set Kamen Rider Eternal is being released in has been revealed. It’ll be in a third Premium Bandai Double SODO Chronicle Set. This set will be out in January 2020 and will feature Kamen Rider W’s CycloneJoker Gold Xtreme form as well!

As always, you can watch SODO Sundays Season 3, Episode 1 here:

That’s it for the final edition of SODO Sundays Season 3! Stay tuned for the next edition on both Toku Toy Store News and YouTube channel.