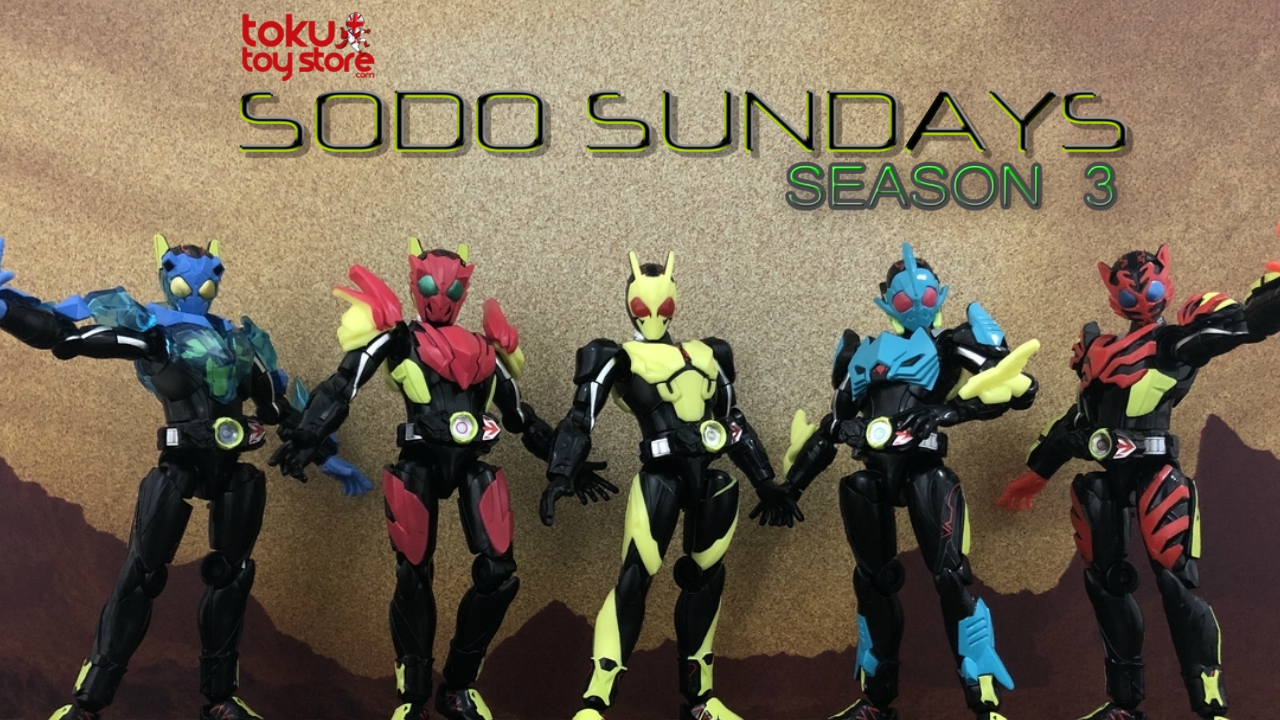 The final two figures for AI-02 have been revealed! SODO’s first female Rider since Ex-Aid’s Kamen Rider Poppy will be Kamen Rider Valkyrie in her Rushing Cheetah form. This figure is a female mold of the Vulcan body and will come with the same Shotriser accessories. The stickers on this figure will mainly be used to fill in the black details on the shoulder pads and other areas of the cheetah armor.

The last figure in the wave will make AI-02 the largest SODO set to date with 9 boxes. This figure is Zero-One’s Freezing Bear form. This form also features the first time SODO will have a pre-applied sticker on its head and have special transparent plastic parts to replicate the effect from the show.

As always, you can watch SODO Sundays Season 3, Episode 5 here: