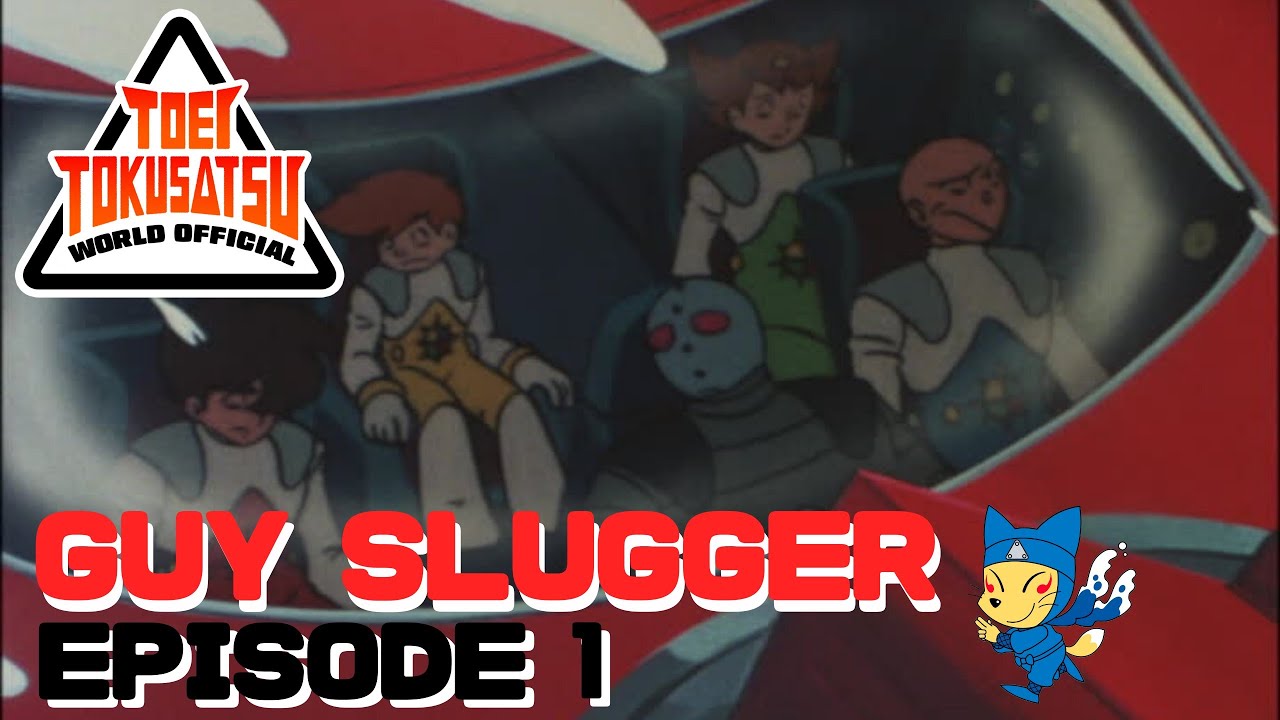 Glacier Warrior Gaislugger (氷河戦士ガイスラッガー), or simply Guy Slugger, is a 1977 Toei animation that feels like a parody of Japanese anime of the 70’s. The characters looks like something out of Cyborg 009, they’re a sentai-esque team, there’s a child and animal mascot duo, and the aliens are green and spiky. It’s proper generic anime and is charming despite that.

Due to a hibernation experiment gone wrong, five Solon cybernoids find themselves awakening 30,000 years in the future on modern day Earth, just in time for their Inbem enemy to return to invade! It’s dead simple plot-wise but it’s not boring and feels like the time passes quick with it.

Each of the characters are fairly stock. Red Hero, Arsey Blue Hero, Girl, Child & Mascot Duo, Robot, and Human Scientist With Beard, all the old tropes you’re familiar with but with some quirks like Kaya’s face being looking the way it does and Ken having the name “Ken” and 70s anime hero hair.

The alien Inbem look like the villains from Gatchaman and pilot saucers and blimps because why not? I’m sure they’re you’re standard warrior race bent on conquering Earth because there’s not a lot to indicate otherwise.

I really don’t have a lot to say about this because it’s so utterly generic that you’ve probably seen half a dozen shows similar (hell, I think Voltron stole the Solon crest thingy) but I do recommend giving it a shot if you want to see an old animated show from the 70’s that isn’t bad at all.

You can now find Guy Slugger, as well as many other tokusatsu shows, on the TOEI Tokusatsu World Official YouTube channel to watch for free with English subtitles.