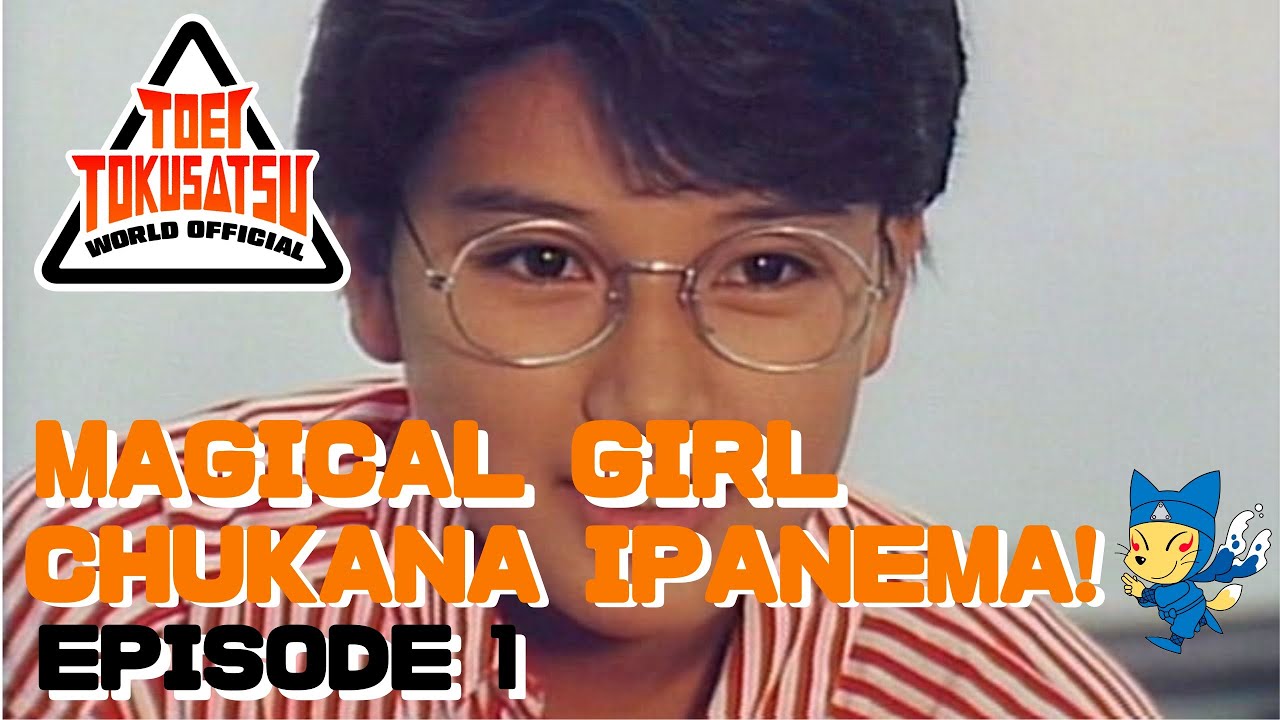 If there’s one thing to take away from the Toei Fushigi Comedy Series, it’s that Shotaro Ishinomori was rocking the whole magical girl thing long before Sailor Moon became the cultural icon she is today. Among these is Magical Girl Chukana Ipanema! (魔法少女ちゅうかないぱねま!), the tenth entry in the series and direct sequel to Magical Girl Chukana PaiPai. Since both shows ran in 1989 for roughly six months, you could consider it the second season of a year-long piece on the Chuka Magic Realm.

Ipanema opens with our titular magical girl arriving on a deserted beach, proceeding to ask a number of sea creatures if they’ve seen her missing parents. Rather surprisingly a pair of them answer, revealing themselves to be Tigris and his son Euphrates – two other denizens of the Chuka Magic Realm. Neither character offer Ipanema much help, and neither show up in the episode again but it’s good to know they’re around I guess?

The action then switches to Takayama family, who aren’t properly introduced at any point in the episode but are immediately identifiable as the family Paipai lived with. This confirms Ipanema as a direct sequel, but the lack of introductions doesn’t really help anyone who’s jumping in with this series first. Turns out their battle-axe aunt Sangenjaya is making a comeback, so they’re in the market for another surrogate mother-figure.

This eventually leads to the kids crossing paths with Ipanema, who immediately spots the pendant Paipai left with them – a symbol of graduating Chuka Witch Academy. This causes a traumatic flashback where Ipanema was refused graduation because her parents are poor. Bit harsh really.

To cut a long story short Ipanema asks to live with the Takayamas just as Pai-Pai did, and all-male family being so desperate for someone to do their chores they quickly accept. Sangejaya however puts Ipanema through a number of impossible housewife duties to prove her worth, all of which she makes spectacularly worse by trying to use magic. Maybe she didn’t graduate for a reason other than being poor then?

Ipanema runs away and turns on the waterworks, so the youngest son tries to cheer her up with Paipai’s pendant. Doing so transforms her into Magical Girl Chukana Ipanema, and she makes puts her new powers to the test by turning the annoying old aunt into a walking gate.

After giving the pendant back Ipanema tells the kid that her identity as a magical girl must be kept a secret, to which he not only agrees but even pinky swears. So what’s the first thing he does? Tell his brothers of course! Until then it felt like the series had just been going through the motions, but that joke got a huge laugh out of me. The perfect note to end the episode on as well.

The lack of proper introductions make it really hard to recommend this series without having seen PaiPai first, but the general plot was easy enough to follow otherwise. For a comedy series a lot of it seemed to be surprisingly dramatic – Ipanema’s parents are missing and she cries an awful lot over the course of the episode, and not of it is ever played for laughs. These hints of a bigger story have me interested, but I am wary about just how reliant it’ll be on its predecessor.

You can now find Magical Girl Chukana Ipanema! as well as many other tokusatsu shows, on the TOEI Tokusatsu World Official YouTube channel to watch for free with English subtitles.