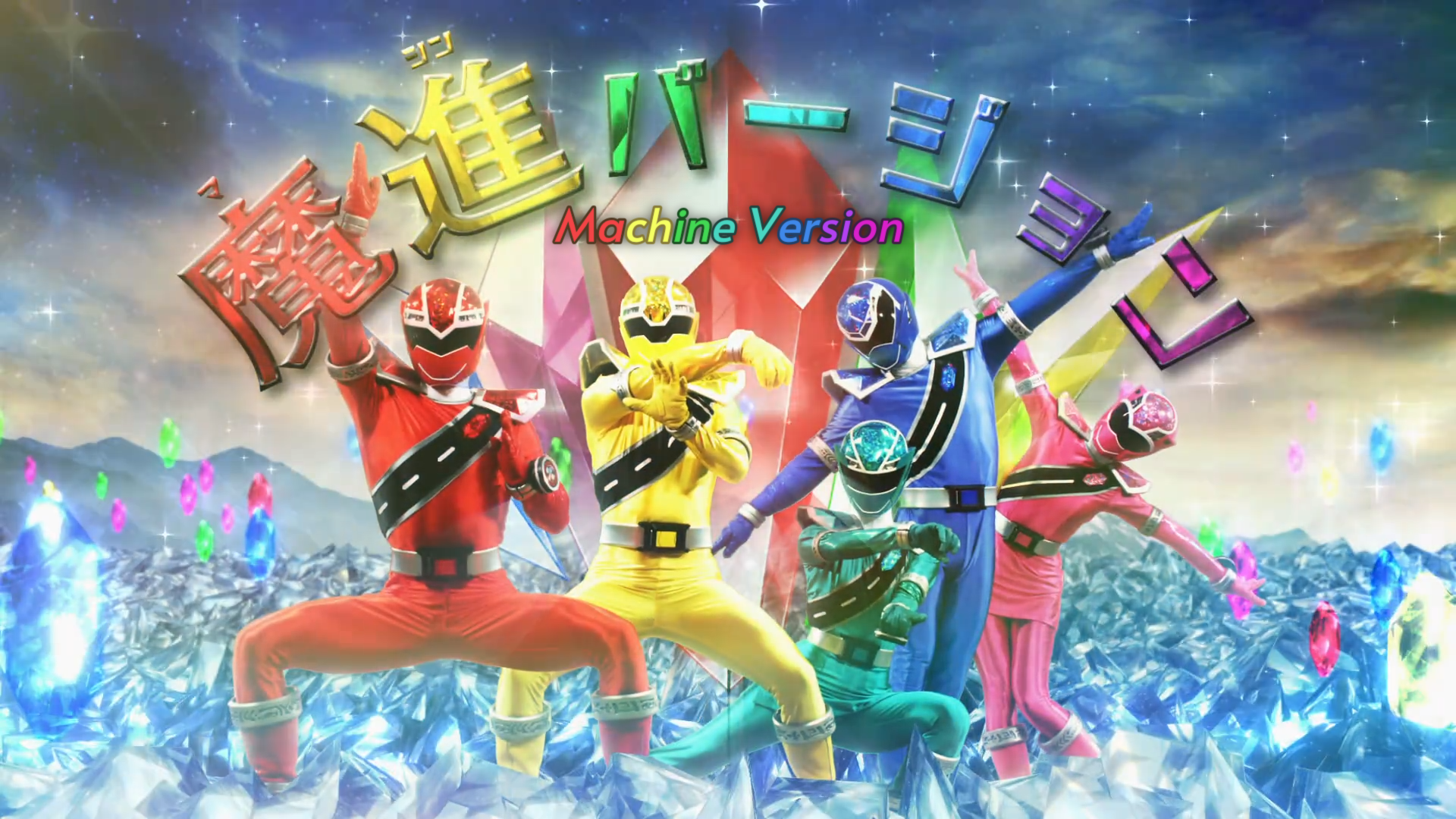 Here we are again, after another eventful fortnight. Just as the earth keeps turning and 2020 continues to be the worst thing ever, we were once again treated to more kaiju-crushing outings in Ultraman Z, sparkling adventures in Mashin Sentai Kiramager, and the beginning of the end in Kamen Rider Zero-One. I can always count on Tokusatsu to provide some much needed levity.

Things will be a little bit different for this edition; we’ll only be reviewing the recent episodes of Ultraman Z and Kiramager, and Zero-One’s final episodes will get their own special review article, coming soon. But I’m sure even without Rider we’ll have just as much fun as we usually do. Let’s commence with Review Round-up – Riderless edition!

If there’s one thing that I really admire about the series of Ultraman Z so far, it’s that they’re very capable at conveying conspiracy and shadowy operations. As I said in the last edition of the round-up, I like every scene where the artefacts of Ultraman and adjacent aliens are studied by human characters who don’t fully understand their importance. Ultraman Z is excellent at adding additional mystique to these scenes of the monster research lab, which are marked by dramatic lighting and understated performances. Episode 9 kicks off with a short version of this sort of thing, as the narration relays the detail that the Ultra Medals left behind by Genegarg are being located and studied.

This is swiftly interrupted by the appearance of King Joe, ‘the space robot’, who disrupts the red flash of the lab’s alarm system with their own incandescent and multicoloured torso lights, which pulsate from outside in a rather menacing way, like large inhuman eyes. It’s a great (re)introduction to this character.

King Joe really gets to shine once the plot of this episode kicks off, which involves the STORAGE team attempting to transport the recovered ultra-medals to a secure location, with Yuka inventing a pretty cool looking device to block the energy that the medals give off to keep them covert. Of course, they’re interrupted by King Joe, who gets into fisticuffs with Windom, which they are easily able to evade. In a very effective and menacing scene, King Joe approaches the convoy in multiple pieces, and stares them down with its terrifying eyes once more in a shot that parallels the start of the episode. No dialogue is exchanged, and in what initially appears a wordless moment of defeat, they hand over the precious cargo. But fear not… it was a fake!

Instead of blocking the signal of the medals, it was emitting it, which is what attracted King Joe initially. Yoko has the real case and is taking a shortcut, so Haruki was merely providing a distraction battle. But wait! There’s a double ruse! It turns out that Yoko’s handing over the medals to Kaburagi, who quickly opens the case to re-summon King Joe to their position, and runs away laughing like a madman. I love a good double ruse, and this one is no exception. It also provides a convenient excuse for the king himself to make their return and fight Zett.

This is obviously a pretty cool fight, and I like that Zett themselves forgets some useful advice, and thanks Yuka for their ‘ultra helpful’ info on King Joe’s weak spot. The gamma future transformation/gamma illusion and the subsequent defeat of King joe is a well put together sequence, and the end of this episode leaves us with a fun little tease, with Joe’s remains being airlifted out, and a hand rising from the ground. It’s a great little episode – 4.6 ‘ruses’ out of 5.

Episode 10 very much follows on from the former, and gives us STORAGE’s attempt to utilise King Joe themselves, and the return of the hand we saw during episode 9’s stinger.

It turns out the hand belongs to Barossa, an alien space pirate who was hiding out inside King Joe. What results in a very frenetic first half of this episode, with Barossa running around in Storage HQ, fighting against both Juggler and Zett (in human size) and trying to escape. This is made fairly amusing by the weird sounds that Barossa continually makes, and their strange spiral-inspired design.

In a funny exchange, Juggler admits their own conniving nature, answering ‘are you a friend or an ally?’ with ‘[it] depends on the time of day.’ Although they initially help defend against Barossa, they peace out when Barossa returns to threaten Haruki and Yoko, further confirming their own duplicitousness.

This episode is also where they give Bako, the elderly engineering head, time to shine. As Barossa attacks him and makes their way to the partially restored King Joe to escape, he concocts a quick-witted plan, throwing their lunch to lead Barossa into a ‘shocking’ trap by Haruki. It’s a nice moment of teamwork and character building for Bako.

Damaged and without their method of escape, Barossa runs out into the open, where they gigantify themselves to ultra-scale, meaning it’s time to duke it out with Zett. I love how the standoff between the two is framed and set on this dusty landscape backdrop, with this profile wide shot that sets a clear ‘one-cut’ distance between the two, perhaps inspired by Kurosawa and other classic ‘duel’ moments in related genre movies. Barossa adjusts his stance with his sword, and Zett grips the riser.

The whole affair concludes when Yoko is able to give Zett some new ultra medals, which lend Zett the powers to create their own sword. Once again, we return to the samurai-duel inspired framing, and Zett is able to deliver some decisive blows with their new abilities. Before being sucked into a vacuum, Barossa declares that their brothers will dispatch revenge on their behalf. Zett informs Haruki that Barossa aliens are born in sets of 10,000, and therefore they likely have 9,999 brothers. Perhaps the rest of the season will give us a few hundred Barossa to deal with per episode?

All in all, it’s another banger for Ultraman Z, with an episode that goes from strength to strength in its refined chaos. 4 out of 5 spirals!

I feel like the episode 19 mark is where fatigue would normally start setting in on a series if it hadn’t already, but despite everything, I’m still really enjoying Kiramager. These last two episodes are no exception to that, with some fun ideas, goofy villains and dazzling battles.

Episode 19 graces us with an amusing ‘body-swap’ concept. It’s certainly not anything new for Sentai, but the results are still fairly original. An evil ‘home’ themed marrskman has the ability to ‘move out’ souls from the bodies, allowing them to body-swap the entire Kiramager team with their Kirama stone counterparts. As you may expect, this puts the team in a less than stellar position, and hijinks ensue as the Kirama Stones clumsily, excitedly navigate their new human bodies.

Both the character and suit actors do a good job of cranking up their performances to match the ridiculous enthusiasm of the stones wreaking havoc with the bodies of their partners. We see the ‘machine version’ of the team struggle with the basics of fighting in human form in a rather hilarious way, breaking bones and getting destroyed as they fail to adapt to having a flesh & blood vessel.

Despite all the silliness, the episode manages to deliver an appropriately sentimental message about the power of positive encouragement. This is sold by the Kirama Fire’s stubborn idea that they can get through to one of Juuru’s school students (he’s like a teaching assistant in this episode) who rips the paper apart when given the instruction to draw. Fire’s method (within Juuru’s body) is to simply encourage him to go further with the tearing, and this has some unexpected positive results. Juuru gets to watch this from the outside, and realises something important; maybe the stones just need some encouragement.

The way they execute this idea is a bit odd; I feel like there’s a bit of a disconnect between the sort of encouragement the group delivers and the immediate increase in skill, but I also realise that’s kind of a silly thing to worry about, when the episode (and series) has already planted its feet firmly in absurd territory. We’re treated to the group excelling as the ‘machine version’ of the team, and then swiftly brought into a kaiju battle against an amusing ‘home loan’ themed creature. Top notch theming.

Overall, episode 19 is a solid outing for the Kiramager crew, and it’s especially effective as a team-focused episode. I give it 3.5 Home Loans out of 5.

Just when I thought Kiramager might be running out of ideas for its monster-of-the-week entities, episode 20 gives us a super glue bad guy. Yes, super glue – the most menacing of all the household solvents. Seriously, glue can be very dangerous. Be careful out there.

The crux of this episode, though, is not about glue, but rather Juuru’s relationship to classmate Kakihara, who puts on a facade of being an ‘honour student’, yet shows a more aggressive, uncaring side when the teachers aren’t around. Deciding to try and uncover the secret behind Juuru’s regular disappearances from school, Kakihara tags along and stumbles upon the Kiramager team fighting against the glue guy, and in a moment of danger, Juuru jumps to protect her from danger, and their hands become glued together.

It’s a quirky setup, which means it’s a normal setup for Kiramager, but I guess it’s fairly nice. There’s some pretty amusing stuff when they first begin to examine the problem back at HQ, where the rest of the team is content to protect Juuru’s identity (who is still in their Kirama form), until Takamichi enters and blurts out his name, revealing his secret identity to Kakihara, who suddenly changes their tune a bit when they learn this information.

There are several emotional twists and turns in their relationship from this point on, but it seems as though Juuru admires Kakiharas ‘real’ personality, which she refuses to accept. She does eventually come to terms with it, and also resolves to change herself, as the two have to work together in order to defeat the glue marrskman, who has managed to glue the much of the rest of the team to various objects. I like the way that Shiguru yells ‘mannequin!’ when he’s suddenly glued to a mannequin. It’s not even that funny, but the delivery really made me chuckle.

The choreography of Juuru and Kakihara timing their dodges together is entertaining and impressive, and even if this sequence is quite short, it’s essentially the emotional climax of the episode, as the two have to work together to overcome the machinations of.. Glue. It works as the perfect distraction, allowing Takamichi and Tametomo to glue together their own hammer made out of various junk. It’s ironic, perhaps, that the glue marrskman is defeated by the constructive powers of glue, when he’s all about using glue for destructive powers. There’s also a follow up mech battle, as you might expect, where they are inspired by the very nature of glue to combine.

All’s well that ends well, I suppose, and although this episode was enjoyable, I do wish some of the other members of the team got a way to ‘shine’ in it, and although it was kind of Juuru focused, it also felt like Kakihara had a more significant role than Juuru did. With that being said, it still made for some endearing and lighthearted fun, and is another strong showing for Kiramager. 3.2 Tubes of Glue out of 5!

That’s all for this slightly shorter edition of Toku Review Roundup, but be sure to stay tuned to the Toku Toy Store for the full review of Zero-One’s final episodes, coming soon!