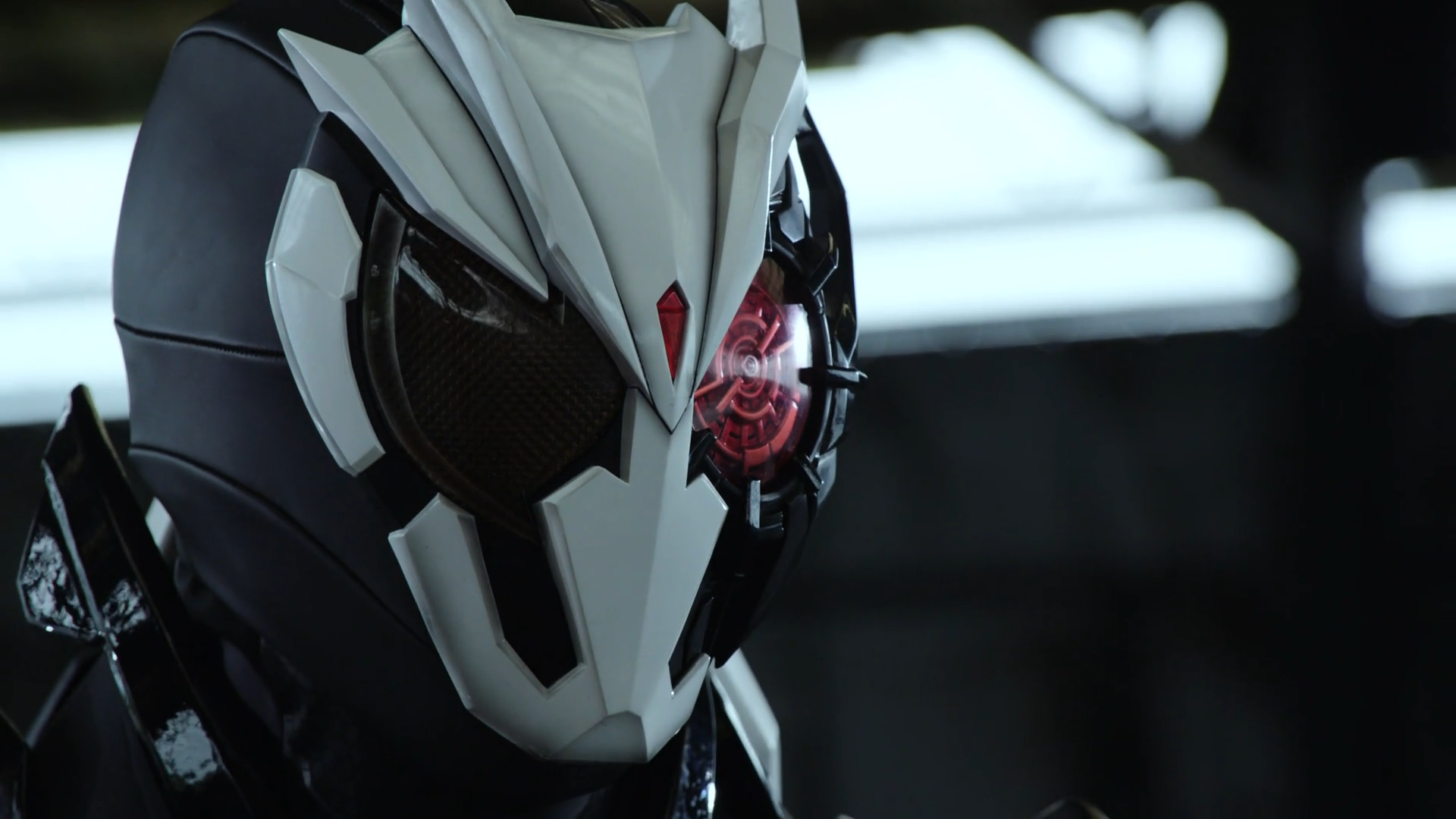 In the final chunk of the recently finished Kamen Rider Zero-One, we’ve zoomed in to focus on the conflict between Aruto and Horobi. At first, this conflict positions the two as avatars for their respective satellites Zea and Ark, and then after the satellites are essentially out of the picture, it positions them as individuals aggressively motivated by different approaches to human emotion. In the final episode, the payoff of Horobi versus Aruto is very much a classic approach to the Kamen Rider endgame – one that came close, I think, to being something compelling, yet fell short in a variety of crucial areas. My opinion on the finale of Zero-One acts as the perfect analogy for the show as a whole: “a fun yet flawed experience that often baselessly threatened to make me feel something more.” To explain what I fully mean by this, we’ll have to go back a few steps.

Some of the best parts of Zero-One’s final episodes stem from Aruto’s heel-turn, which I commented on in an earlier edition of the review round-up. It was definitely nice to see Rider take an interesting move like this. What began with Aruto facing off against the Ark-worshipping Metsuboujinrai.net was seemingly ending with Aruto embracing the power that the Ark and its counterpart ‘malice’ lend to him, and it almost seemed like Zero-One was about to attempt some highly poetic bookending. For all of the talk I made about wanting this show to upend the status quo more, this was certainly one way to do that.

This shift in the paradigm of the show meant that the other characters were in the prime position to finally get the moments I felt like they deserved more of. This was a chance to have Gai show that he was actually committed to heroism, or to have Yua get another upgrade and hold their own against Ark-One. In my ideal version of the show’s final episodes, Fuwa would have stepped up to take their position as ‘the real hero’ of the show and resolved things quickly with his can-do attitude, but regrettably, none of this happens. Episode 44 even made it seem like something like that could have happened, which made it all the more disappointing when it didn’t. Why would they introduce a (slightly) new form for Fuwa when they just discard it in the next episode? I’m not really sure.

This final conflict also puts the character of Horobi under the spotlight and positions him as the other central figure. This might be what makes the final episode feel particularly weird to me, as ending it all on a 1v1 conflict between Horobi and Aruto is, as I say, almost poetic, but the preceding 44 episodes only scarcely do enough character work to justify such a matchup leading the ending. I do think that Horobi disguising his true feelings about Jin’s demise and exploring the deep feelings that are at odds with his nature is pretty interesting, but on the other hand, it would have been useful to explore the familial relationship between Horobi and Jin in a way that is communicated more effectively to the audience in order to make these final, guttural screams from Horobi hit a bit harder.

Sometimes it feels like this show on a wider scale takes the ‘cursed monkey paw’ approach to writing where each cool thing is tainted by something that holds it back from reaching its true potential in the grand scheme of things. I feel like this is demonstrated most reliably by the general ensemble cast, who have all had cool moments and ideas surrounding them throughout the show, yet seem to have little to no involvement in the final gambit between Horobi and Aruto. Naki and Yua’s roles in these last few episodes are so disappointingly meagre. Ditto for Gai, who was essentially reduced to a comedic set-piece and mercilessly bullied (perhaps rightly so) since his turn to good. It’s nice that he’s been put in his place to some extent, but I can’t help but feel like Gai was meant to do something more meaningful after his big redemptive moments. From episodes 43 to 45, he’s had very little presence for a character that was once so powerful.

This is not to suggest that everything in this final stretch was tainted; the fight choreography is as good in these episodes as it was throughout the entire show, and the performances have been stellar. I’m also inclined to suggest that I appreciate that something was attempted that felt fresh with Aruto’s turn, even if much of the status quo ended up returning by the end of the show. It definitely gave some pretty interesting moments on the surface even if they didn’t pan out in quite the way I hoped.

Additionally, certain moments that we did get with the rest of the cast in the final episodes did really work. Fuwa’s attempt to subdue Aruto in Episode 44 was great, because there was a sense of hope that quickly became shattered, even with a whole new form granted by Naki’s Japanese Wolf Key. Although I’m disappointed that Fuwa didn’t get another attempt in the final episode, his dialogue, the fight and everything else in this scene were all just great.

I was also rather surprised at how much attention was paid to the external consequences that Aruto’s turn had on the world, with humagear rioting and an obvious lack of faith in Hiden Intelligence becoming widespread. It was cool to see the vice-president have to step up and solve a problem, and lended a bit of extra context to these characters that we’ve been seeing as fairly one-dimensional throughout.

The final forms of our major players Horobi and Aruto were a sight to behold. I really liked Ark Scorpion’s design and the accompanying henshin, and I was a big fan of the way in which Aruto essentially created a new form out of the base zero one form with ‘realising hopper’. If there’s one thing I don’t think Zero-One should be criticised on, it’s the design of the suits – although there’s a few I don’t mesh with, I generally think the approach to aesthetics in this season has been very solid, and that’s quite apparent in the last few episodes. The effect of realising hopper materialising produced one of my favourite moments in the series.

Perhaps the biggest problem with the conclusion overall is the lack of permanence in certain decisions. It’s been made apparent that characters mostly have problems staying dead, which somewhat lowers the sense of stakes. I understand why this occurs, but I do think it brings the whole thing down a bit – Jin’s destruction could have been impactful, but instead he is revived at the last minute. Similarly, whilst Izu is still ‘dead’, the ability to recreate Izu and teach her softens the impact of her demise. But on the other hand, the final scene with Aruto and Izu was fairly amusing and touching. It’s this sort of give-and-take that makes the show so hard for me to judge.

With all this said, it’s difficult for me to suggest that Zero-One’s finale or final arc was even bad. On the contrary, I do think that with the material that the earlier part of the series established, it does provide a form of a satisfactory end to the series as a whole. Although I remarked that I would have liked to have seen more of the secondary characters, they each had a fairly natural ending point, with each character embracing their role as a Kamen Rider in their own way. This was pretty neat, albeit fleeting, and provides an example of Zero-One using some fairly concise scenes to demonstrate some level of character growth.

The problems that Zero-One has run into during filming have been well documented elsewhere, and whilst I think an entirely different approach to the structure of the series (for example, reducing the length of the Job Competition Arc) and having the full amount of episodes would have helped, I do believe it’s fairly impressive that a certain level of ‘entertainment cohesion’ has been retained despite all the difficulties. For all its faults, Zero-One does manage to at least deliver some level of fun most of the time, even when the quality of the writing itself felt inconsistent.

In the normal editions of Review Round-up, I would deliver a rating to each episode, but here I’ll simply state that the end of Zero-One was probably the best finale that Zero-One could have given us, especially considering the rest of the season. I don’t think we could have reached a more effective finale with the way the stage was set. However you want to read that is up to you, but without any ambiguity I can say that I’ll definitely miss Zero-One. It’s been a delight to review it each week, and I’m definitely going to be missing the amazing suits, silly one liners, and all of the characters that made it the experience that it was. I’m fine with where we leave it, and for now, it’s time to ‘leap towards a (new) dream’ when Kamen Rider Saber begins next week. I’ll see you next time in the Toku Review Round-up!

Where does Kamen Rider Zero-One sit in your personal ranking of Kamen Rider series? Join the conversation on our Facebook and Twitter pages or leave a comment below!