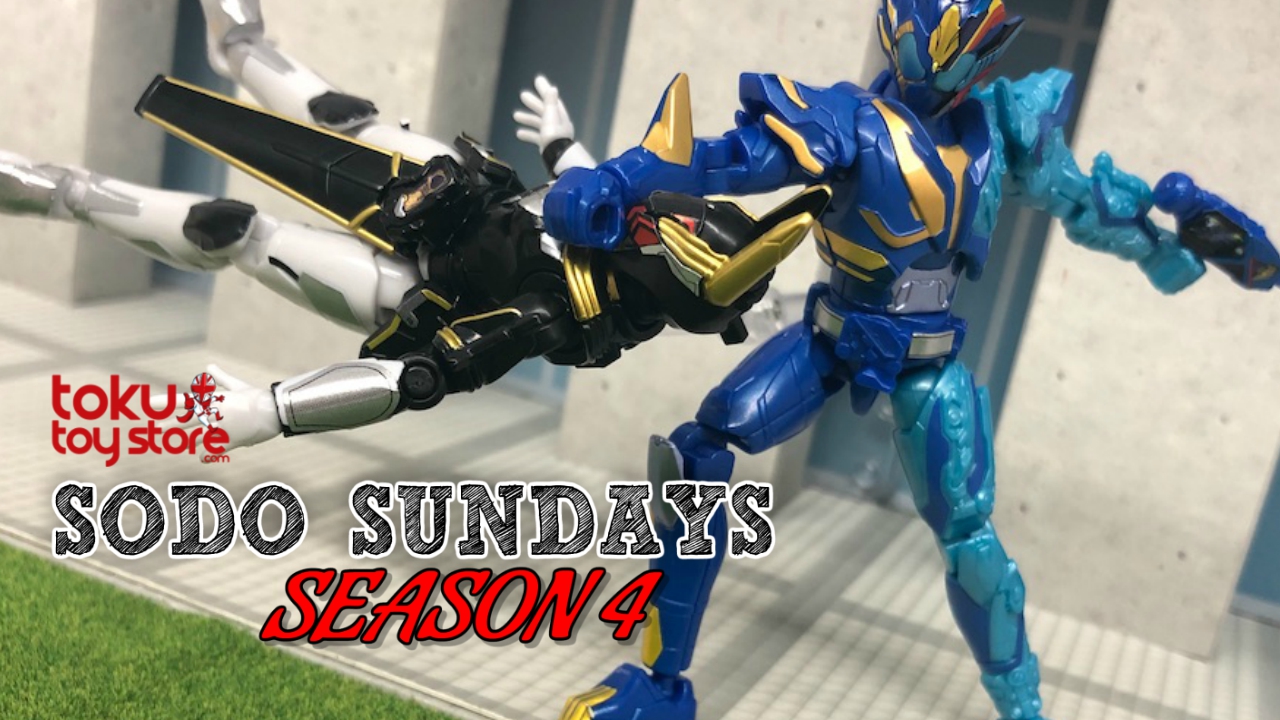 Even though it ended last weekend Zero-One still had some characters to offer and some of them are coming in Saber’s Book 1 Set! First up, Kamen Rider Eden! Eden made a cameo appearance in the finale of Zero-One to set up the plot of the delayed summer movie that is now releasing in December. The creators of the SODO line weren’t sure what weapons Eden would be using in the movie so they gave him an improved version of the Thousand Jacker weapon.

The other surprise figure for Zero-One in Book 1 will be the Fighting Jackel Raider! The form used by Yua during the middle of the series. She will come with her sickle weapon and special hands for holding said weapon.

Book 1 for Saber will also include a new stand design to them that allows them to be pegged on top of each other to save shelf space and stack figures for display.

We now have pictures of SHODO-X 11. The set will include Kamen Rider Ex-Aid Level 2 and his Double Gamer XX forms. They will come with the Gashacon Breaker and Gashacon Keyslasher weapons. The Keyslasher will have stickers as well as stickers for the chest designs with the health bars.

Riderman will be the Showa Rider in the set, he’ll have his swappable arm weapons as well as his bike the Riderman Machine.

N-Daguya-Zeba was teased a little while ago. He will be a stand-alone Premium Bandai release. He will be a little more expensive due to all of the detail and PVC plastic he uses. While shown recreating the fight with Kuuga Ultimate, Kuuga will not be sold with him.