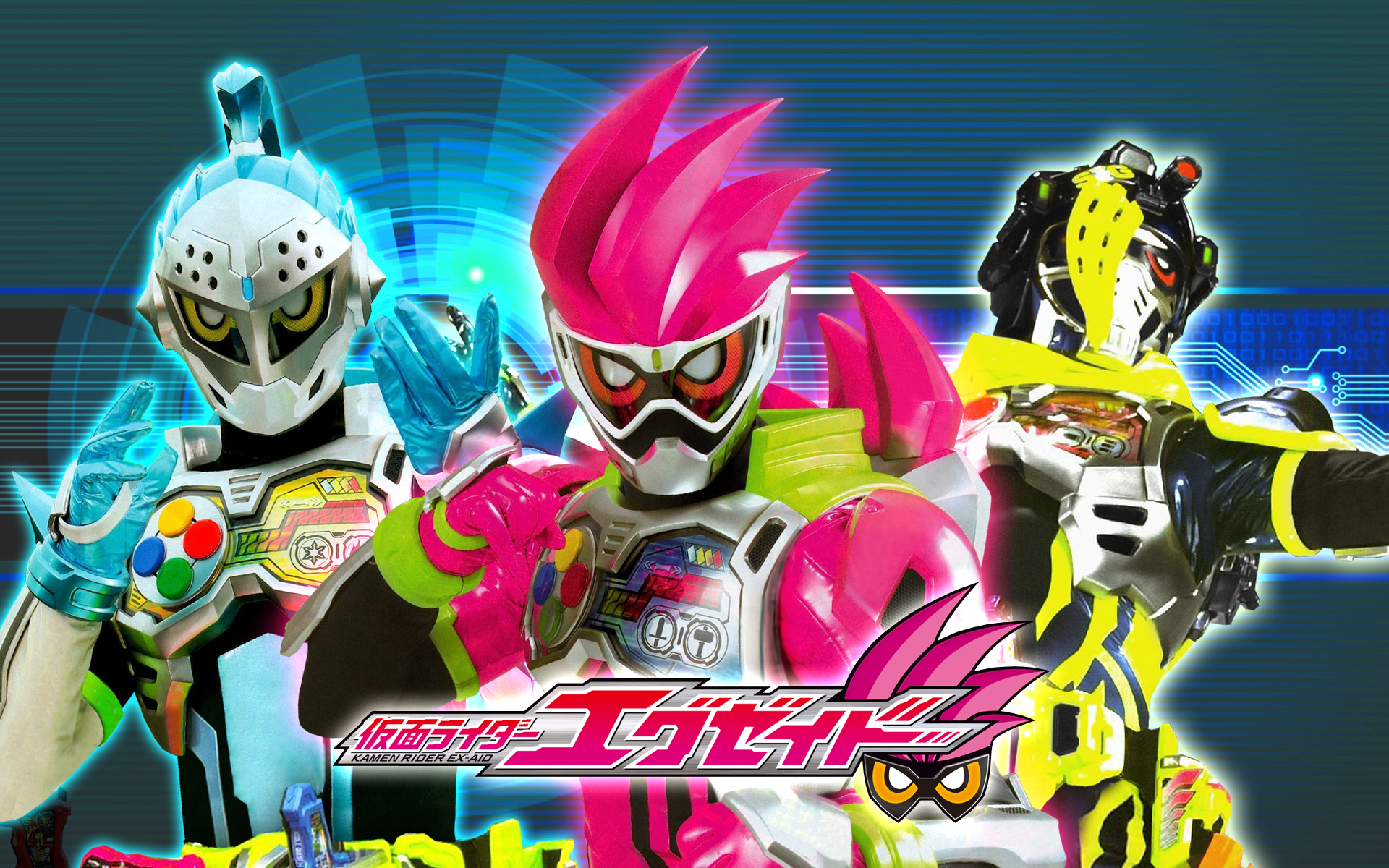 With September’s debut of our latest Kamen Rider series, Kamen Rider Build, Ex-Aid and the other doctor Riders lose their spotlight as our main masked heroes. Kamen Rider Ex-Aid’s run from late 2016 was definitely a memorable addition to the Heisei-era line up, but was it a good series?

Absolutely, it was. Kamen Rider Ex-Aid was a phenomenal series, and I would argue for it being one of the best Kamen Rider series in the entirety of the Heisei-era, from Kuuga through to now. But what made it that way? There are many factors that play into a television series of any genre that make it “good.” Ex-Aid had these qualities in spades. As the article goes on, I intend to delve in to all of the features that distinctly make Ex-Aid shine as a series, and why I believe that even in the future it will hold up as one of the best Kamen Rider series in general.

Characters: The Kamen Rider franchise is an exceptionally character driven franchise, and Ex-Aid was certainly no exception. It had a whole cast of colourful characters with very different personalities and motivations that made them all a joy to watch on screen. From our main protagonist, Emu Hojo, being the true force for good, with an indomitable spirit and an unyielding drive to help those in need and who are sick, all the way to Masamune Dan attempting to play god and take over the world via video game. What all the characters of the main cast of Ex-Aid have in common is one of the most crucial thing a series needs to have to maintain engagement: Development.

The show has been compared to Gaim for its number of Riders that the series portrays, but what this series did so much better than Gaim was character development. This has to do with the fact that it wasn’t just a select few Riders who actually got development… it was all of them. The transformation of Emu from a somewhat timid, inexperienced doctor all the way to him becoming this incredibly strong, confident man who would save the world, seeing Taiga overcome the horrors of his past and come to terms with himself and his actions, Hiro’s internal conflict of betraying the team at the cost of his deceased girlfriend and how he wrestled with the decision and the manipulation of Masamune.

Even the development of our villains was fantastic. In the early episodes, I thought Parado and Graphite in particular were very weak characters with poor writing that added little in the ways of enjoyment. Yet, by the end of the series, not only was I rooting for both of them, but come Graphite’s death and Parado’s near death experience and change from a villain to a full-blown good guy, it was emotional. I had seen the characters grow and change, for the better. What started with clichéd and dry writing finished in incredible form, and it’s one of the things that truly made this series so satisfying to watch.

Forms: Another one of the enjoyable things of this series were the Rider forms. When the designs for the 4 first Riders were revealed before the season aired, I admit I was hesitant. “Kamen Riders with anime eyes and hair?” I thought. The design was initially a big turn off. However, from the second I watched that first episode, saw the suits in action and how they tied into the theme of the show, I was in love. Again, like Gaim there are a lot of forms in this show. Emu’s transformation line, Hiro’s, Kiriya’s, Kuroto’s, and so on. There’s a large cast of main Riders, including the villain, and they all have multiple forms (save for Poppy being the exception.) Yet, what this show manages to do with them is keep them both interesting and entertaining.

One of the best examples of this is best seen in one of my all-time favourite forms from the series; Mighty Bros. XX.  From its debut I loved it. I love the theme of co-operative gaming, the clear influence from the Super Mario Brothers, the colours, the design, even the Gashat. Despite this, the initial run of the form was a mere 9 episodes before the show moved on to a better and more powerful form, as is the progression of Kamen Rider. Come episode 40 and 41, which are (in my opinion) two of the best episodes in the entirety of the series, the form that we thought was benched makes an electrifying, well written, and emotional return. With the “death” of Parado and Emu using this moment to teach Parado that there’s more to being villain and instead of playing the game to beat Emu, he could play the game with Emu, Parado is resurrected through the Mighty Brothers XX Gashat, and the two of them have some of the best fights in the series. They brought this form back not just to revitalize and old form, or to sell more DX Mighty Brothers Gashat toys, but because it was relevant to the story. They took something as simple as changing back to an earlier form, and made it one of the most exciting and impactful moments in the entirety of Ex-Aid – no doubt a mark of both brilliant storytelling, and effective use of the Riders forms.

Plot: The plot of Ex-Aid was, in my opinion, the worst part of the series but that’s certainly not to say that it was bad. Ex-Aid respected the plot. They made it simple, they stuck to it, but the simplicity of the plot is what allowed for so much freedom with the characters. It was a very basic concept of “bad guy tries to take over, heroes stop who they think the bad guy is, true bad guy reveals himself and they have to face and even bigger threat.” Simple as that. We started with Kuroto Dan as the main villain and CEO of the shady Genm Corp. He had the wicked Bugsters on his side, and seemed content with infecting and simply killing who he wanted. Yet, shy of the half-way mark, it’s revealed the Kuroto was a mere fall-guy for the main villain: his father, Masamune Dan.

With Masamune we’re given a true tyrant; a man bent on having the world bow before him as he acts as their god. With his ability to control time and the souls of the people killed in his world encompassing game, I’m drawn to imagery of Greek Mythology. Even the name of his Rider form is that of the Greek Titan and father of the gods, Chronus. He was a truly dangerous villain, who drove our heroes, and even some of our side villains, to their absolute limits in their battles with him. He broke them down, manipulated them, and demoralised them incredible effectively on his way to world domination. However, even with his fusing of the Gamedeus virus and the loss of his humanity in its entirety, our rag-tag team of doctors and developers proved to be more than a match, defeated him, and saved the day, all while effectively tying up individual character plot lines and development arcs. Yes, it was the simplicity of the story, and the writer’s willingness to not diverge from the simplicity that gave the show its freedom to be so character driven. That is more than okay with me.

Overall: If you haven’t watched Ex-Aid… Do it. With everything I’ve mentioned in the article, the series truly stands out as one of the best written and presented Kamen Rider series in the entirety of the show’s life span. I was one of the few who actually liked last year’s Kamen Rider Ghost, but this show was a refreshing and welcome addition after the production nightmare of Ghost. Up there with Drive, Faiz, and Kuuga, Kamen Rider Ex-Aid is a modern marvel of the Kamen Rider franchise, deliverying incredible characters, and gripping and engaging plot, and more than enough action to satisfy even the nit-pickiest of tokusatsu and action fans. While it does have its weak points, as every show will inevitably have, but they are few and far between, and in no way are enough to detract from the sheer quality presented by Kamen Rider Ex-Aid.

How did you enjoy Kamen Rider Ex-Aid? Did you think that the series was as good as I made it out to be? Did you actually dislike it? Let us know in the comments below or on Facebook/Twitter. 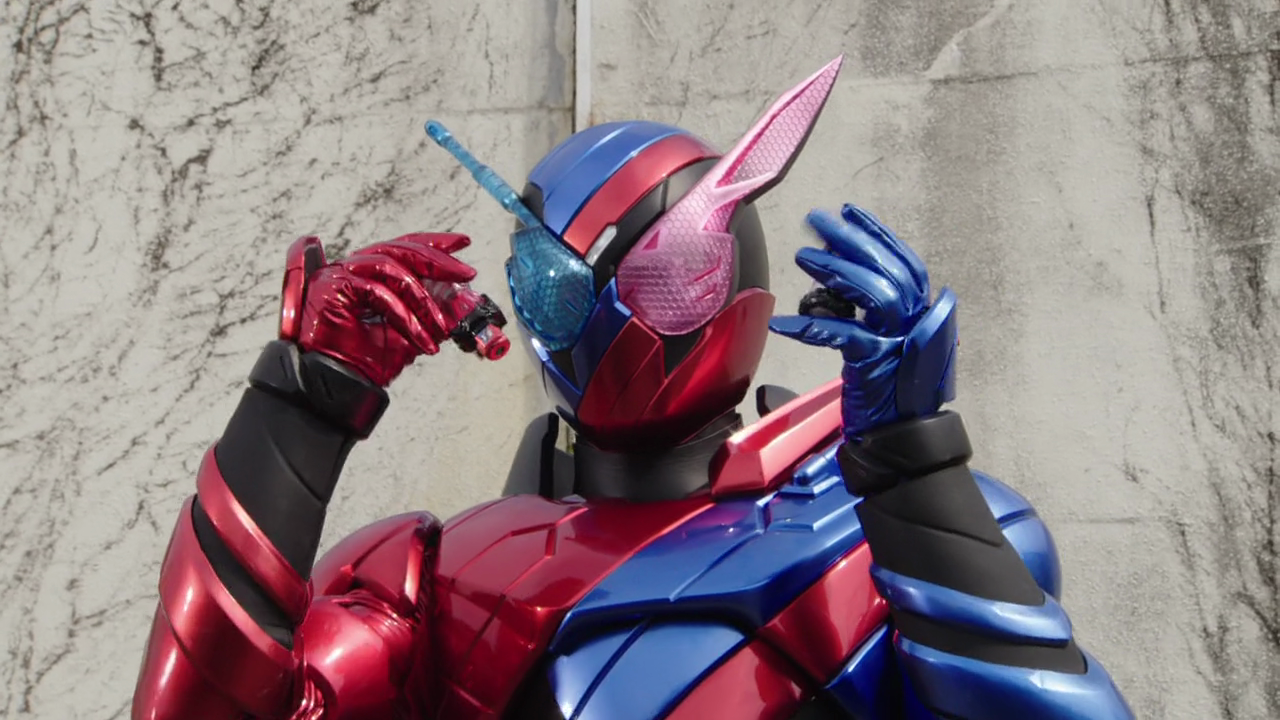 This week marked the start of Kamen Rider Build in Japan so I thought I would share my thoughts and views on the first episode. After the emotional roller coaster of Kamen Rider Ex-Aid over the past year, Build definitely had a tough act to follow and, during the lead up to the first episode, we all started to get a feel for our new rider through magazine scans and follow up information, which got the community more excited.

As soon as September 3rd arrived, we all awaited the subtitled versions to become available so we could get a proper feel for our new hero. The wait is now over and now, after watching the debut of Sento and his marvellous transformation, I would like to give a run down of all my thoughts.

The episode in general felt fresh and crisp; the layout and introduction of all the characters was very well executed, even though it feels like they are forcing our thoughts on who certain characters will be in the long run. The use of CGI is starting to be ever more present in Kamen Rider but I feel it adds more detail. For example, Build’s final attack looked amazing with the math equations surrounding the enemy.

There was an obvious nod to classic Showa era Kamen Rider, with humans are being experimented on. Turning them into monsters is a beautiful touch and something I look forward to seeing more of as the series progresses. The only thing I wasn’t too keen on was Sento’s amnesia; I understand why it’s being used but I feel that a genius scientist who built a transformation device, a phone that turns into a bike and a system to make use the Full Bottles would be able to make something to restore his memory.

The way the driver worked is simple yet effective and the way his suit forms around him reminds me of Gunpla model sets, which is a very nice touch in my personal opinion. Currently, we have only seen one weapon in use and even though I find the Drill Crusher kind of cool, I find the gun mode a bit of an afterthought. I’m all for weapons with multiple uses but I feel Kamen Rider as a whole needs to stop doing weapons in such a manner.

Overall, I’m looking forward to the rest of the series and the directions it will take. The first bat-based villain looks amazing and I can’t wait to see what they will do with him.

Comment below with how you found first episode and let me know what you think will happen in the series.