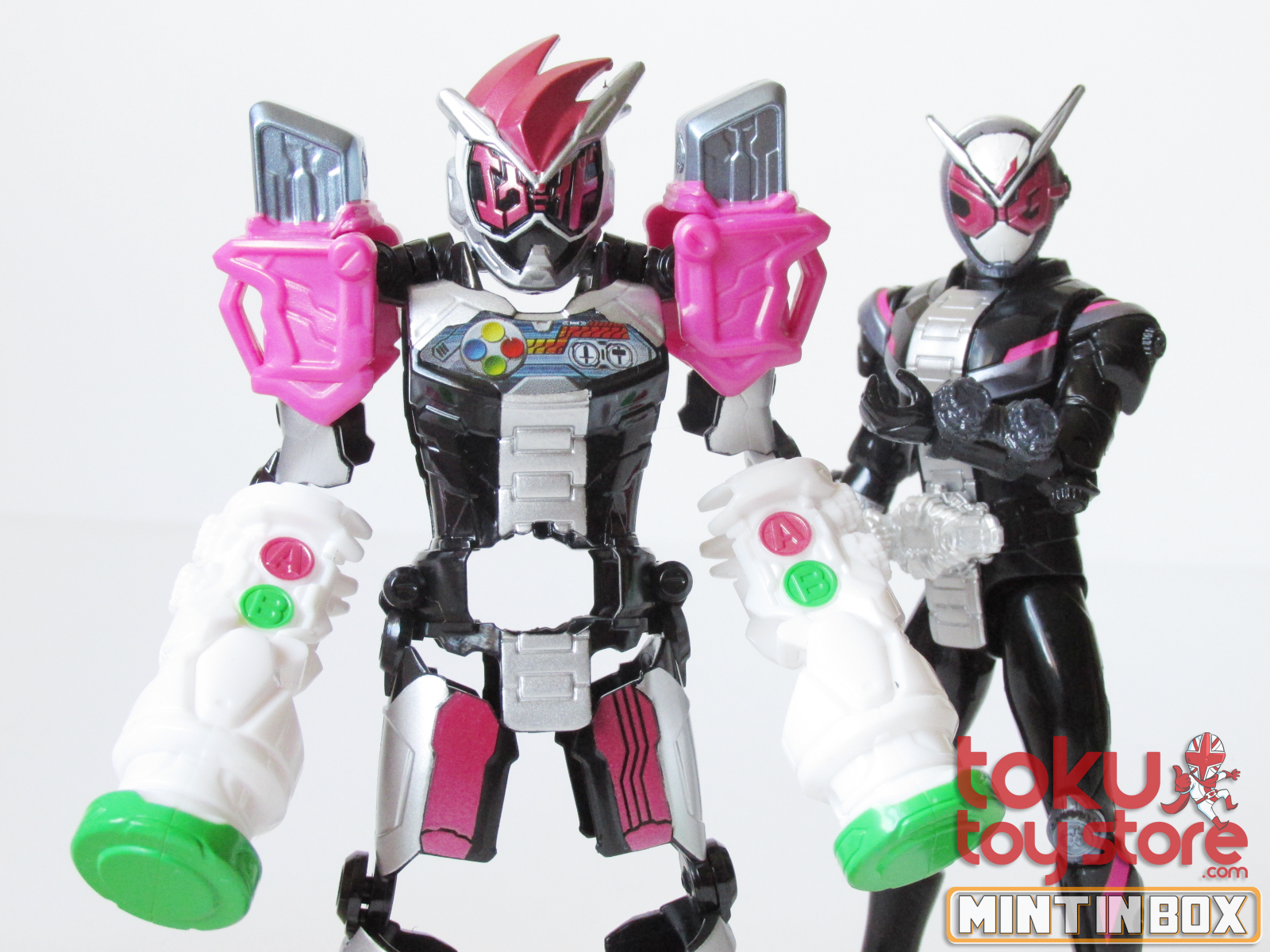 Depending on whether it is used by Zi-O or Geiz, its visor spells out “Ex-Aid” (エグゼイド) in katakana or “Ex-Aid” (えぐぜいど) in hiragana, respectively. Additionally, the “HIT!” and other effect words that are projected are in katakana (ヒット！) or hiragana (ひっと！) rather than in English.

A full review of the RKF Ex-AidArmor figure by Mint in Box Reviews can be viewed here:

Each of the Rider Armor figures is available from Toku Toy Store at £19.99 each. Stay tuned for further Rider Kicks Figure reviews and galleries!