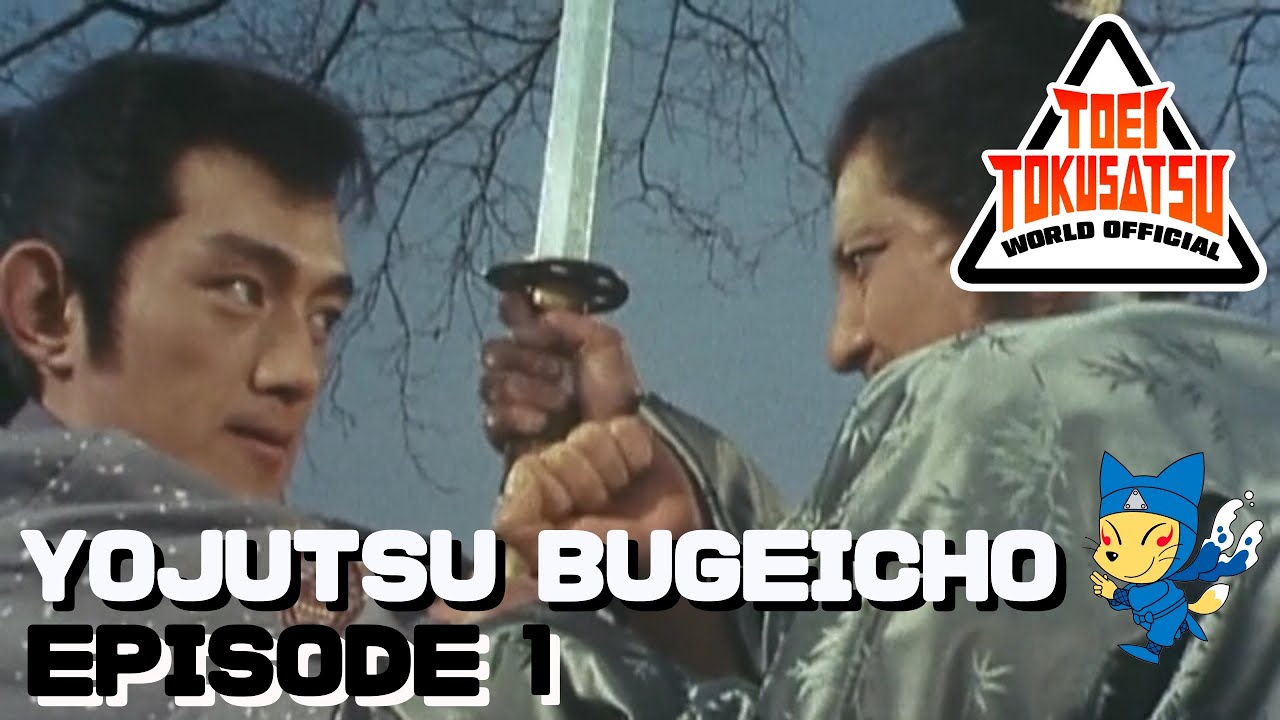 Yojutsu Bugeicho, or… Something, I can’t find anything about this nuts-o chambara show online other than it’s soundtrack so your guess is as good as mine when it comes to release and the history of the show. Shout-out to one great commenter on the video though for giving me the name of the leading man! Arigato, Daniel de Souza Celestino!

Yojutsu Bugeicho is a 1969 samurai tokusatsu that puts me in mind of the Journey to the West homage Monkey (aka Monkey Magic) from 1979. It looks pretty cheap but the narrative style, gory effects, and colourful aesthetic really make this show pop, especially for it’s time. It follows a samurai who combats an evil Brahman sorcerer named Bisho Dojin alongside a chaotic neutral monk and a wise shogun lord.

Kido Makoto-no-suke, the aforementioned samurai, is played by none other than Isao Sasaki! Yes, the man who sung the opening themes to Goranger, JAKQ, Daimos, and dozens of others as well as dubbing Sylvester Stallone and Christopher Reeves is their most seminal movies! He barely talks in this but he’s got a real screen presence and big Elvis Presley energy. That hair is something to behold.

The Brahman forces are an odd bunch, employing all manner of weird magics and coming across as almost Naruto-esque in their utter reluctance to just be cut in half by a sharp blade. Right bunch of weirdos and I can only assume they get weirder as the show goes on.

There’s maybe 5 minutes of plot, which is to thwart Bisho Dojin’s plan to steal a princess, and the rest is mostly Kido and Kakuzen, the DiEnd-like monk, fighting a bunch of his men in a weird supernatural plain. There’s good banter between the two and I can see their friendly rivalry being a fun component of the show.

Yojutsu Bugeicho is a no frills supernatural samurai show that doesn’t demand too much brainpower but rewards the viewer with interesting visuals and some genuinely cool fights so I recommend checking it out!

You can now find Yojutsu Bugeicho, as well as many other tokusatsu shows, on the TOEI Tokusatsu World Official YouTube channel to watch for free with English subtitles.