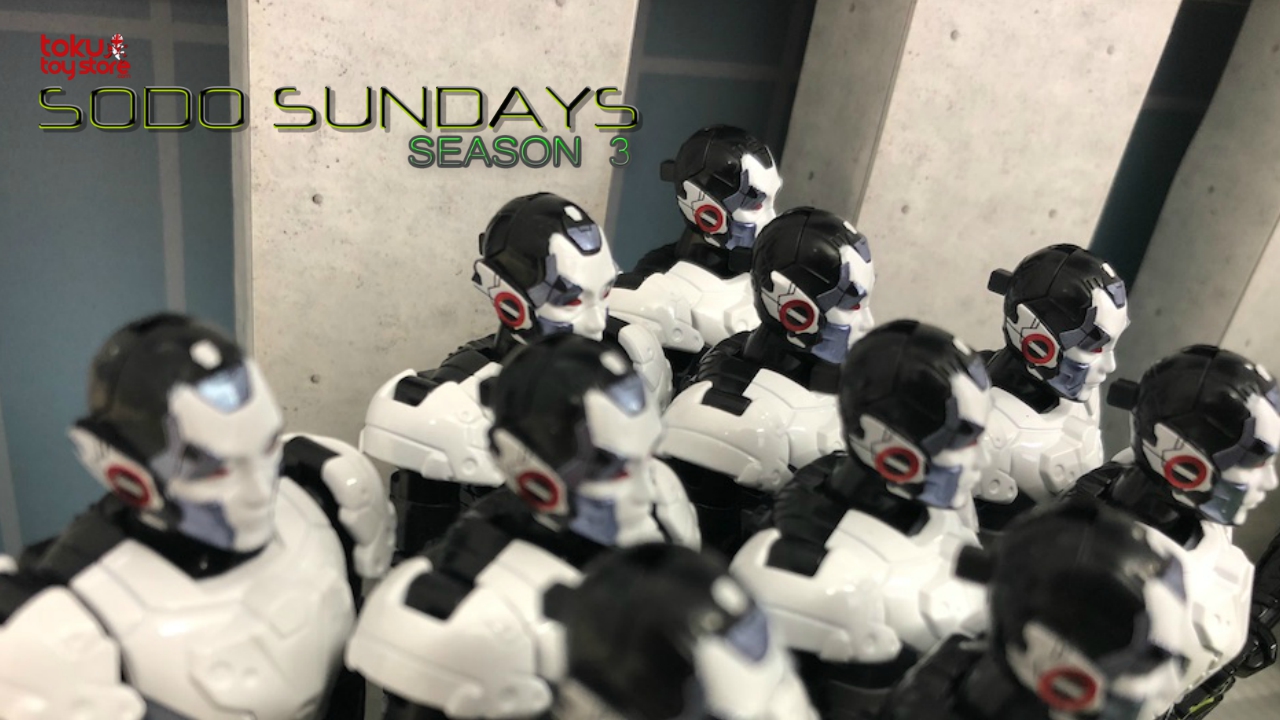 AI-08 has finally revealed some Zero-One characters to join all of the Over Quarterz Riders to finish off the set. First up is the HumaGear! This figure follows the Trilobyte Magia figures from AI-06 as well as shares some moulding from that figure. There will be a sticker option to display the HumaGears in their good, blue eyes versions or their taken over evil red eye version.

That’s almost it for AI-08 but the final figure will be the long teased Kamen Rider Ikazuchi who was teased all the way back in December. He’ll be officially revealed in time for the next SODO Sundays.

SODO Chronicle Kuuga Set 1 just released in Japan and the Bandai blog has been posting in depth showcases of the figures. Last week was for Titan Form and while nothing much new was shown off for the figure there was a hidden tease in the photos. One showing Titan Form among some Tamashii Flame Effects showed a prototype for Kuuga’s bike the TryChaser. There are no details on how the bike will be released at this point in time.

Now that the most recent SHODO Set is about to be released the next set has been revealed. Set 10 will feature Kamen Rider Kabuto in his Rider and Hyper Forms. These will include his weapons as well as pieces to make the Hyper Clock Up effect.

The Showa Rider joining Kabuto in this wave is Kamen Rider Super-1. He will be released with his different hand options as well as his bike the Blue Machine.