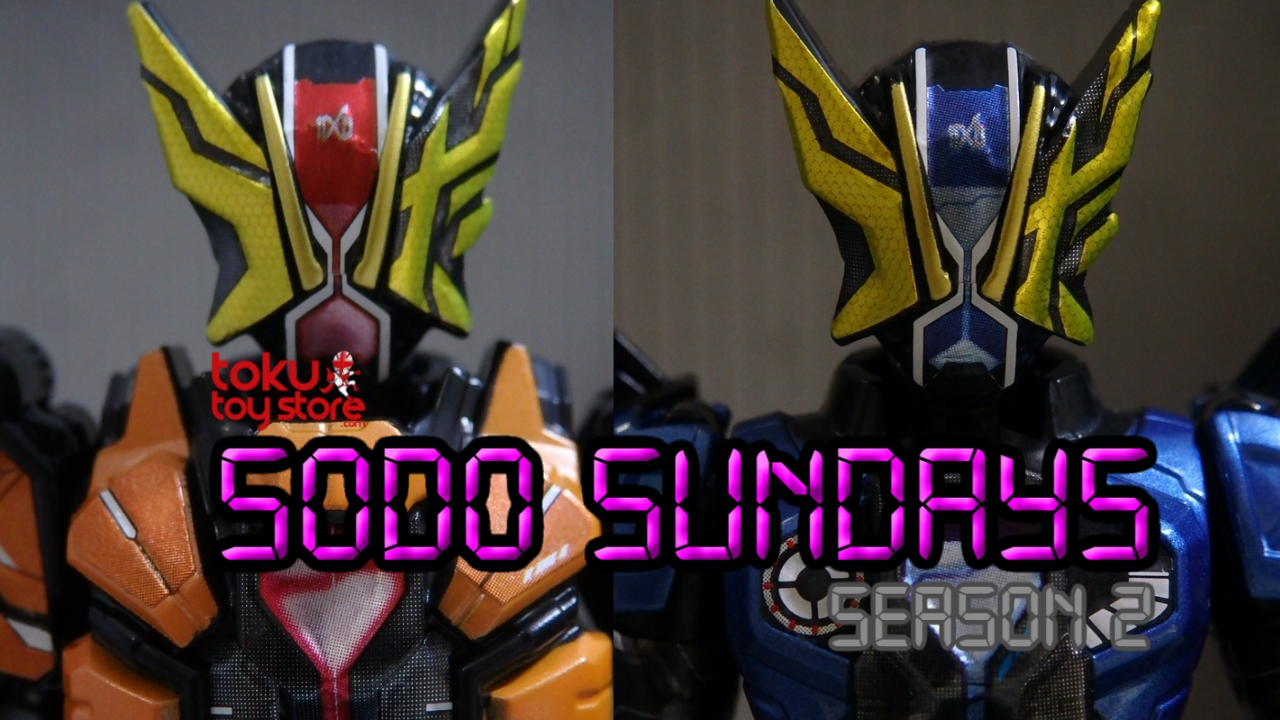 Hello, tokusatsu community! It’s Joshua Perry here to talk about SODO figures on my fortnightly series, SODO Sundays. Today, some of Set 8 and the SODO Plus set.

After being revealed in the SODO ad a few weeks ago, we now have our first complete look at the Decade Build Armor. This armor comes with the Build Drill weapon the original Build Armor had included.

Geiz Revive and both versions of it are also joining the SODO line.

Decade is the last figure to be in the special SODO Plus being released! This Decade goes all out, including the original White DecaDriver and the Pink Neo DecaDriver, the Violent Emotion head, G4’s Gigant cannon weapon, multiple versions of the Ride Booker, and hands with him holding cards. Definitely a great figure for any fan of Decade!

Shinobi, Quiz, and Kikai have also been fully revealed for this set as well.

As always you can watch SODO Sundays Season 2, Episode 14 here: 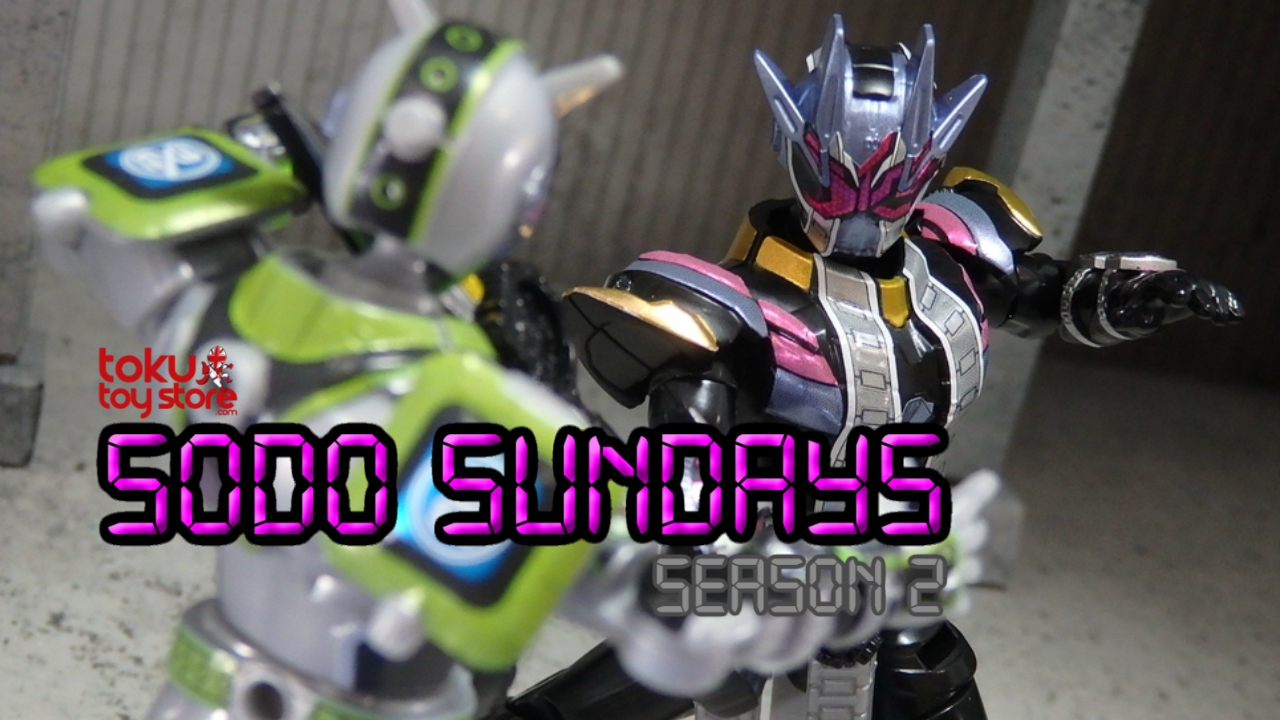 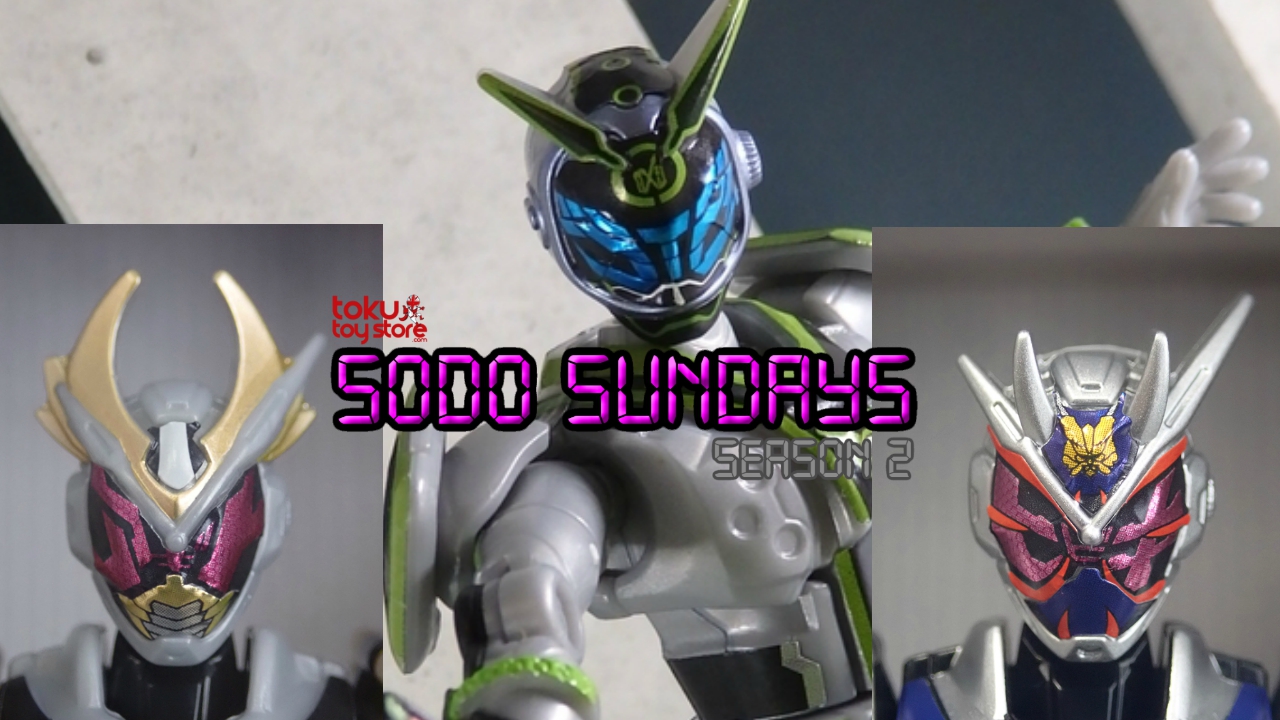 To finish off the final two missing Heisei Ride Armors in Set 6 is the Agito and Hibiki Armors. Since these are both the type of basic armor change they each come with nice accessories. Agito comes with the Zikan Ax in its arrow mode about to be fired. The Hibiki Armor comes with his Onigekikou Rekka drum stick weapons.

Finally, joining the SODO line is the newest Kamen Rider in the series Kamen Rider Woz! He comes with his Zikan Despear weapon. Also in Set 6 is one of his Future Ring armors, this one being the one based on the future Rider from 2040, Kamen Rider Quiz. The Quiz armor also comes with alternate shoulder pads and another version of the Zikan Despear.

As always you can watch SODO Sundays Season 2, Episode 11 here: